Note: This Perspective draws on a publication on land struggles and agroecology in the Netherlands, published in April 2019 in Dutch and English.

Much has been written about the ‘Dutch agricultural miracle’. While the Netherlands experienced hunger and significant food shortages in the aftermath of the Second World War, it has transformed itself in little under 70 years to become one of the largest net exporters of agricultural products world-wide, second only to the United States. Despite being one of the smallest countries in Europe, the Netherlands now supplies a quarter of the vegetables that are exported from the continent.

Furthermore, the Netherlands is a global leader in agricultural research and innovation (e.g. Wageningen University), food retail and processing (e.g. Unilever, Nutreco, Campina), and agricultural lending and investment (e.g. Rabobank). It is therefore not surprising that the Dutch government considers the agri-food sector to be one of its most strategic assets, with the Dutch agricultural model regularly championed as a global success story.

The downside to success – what is not said 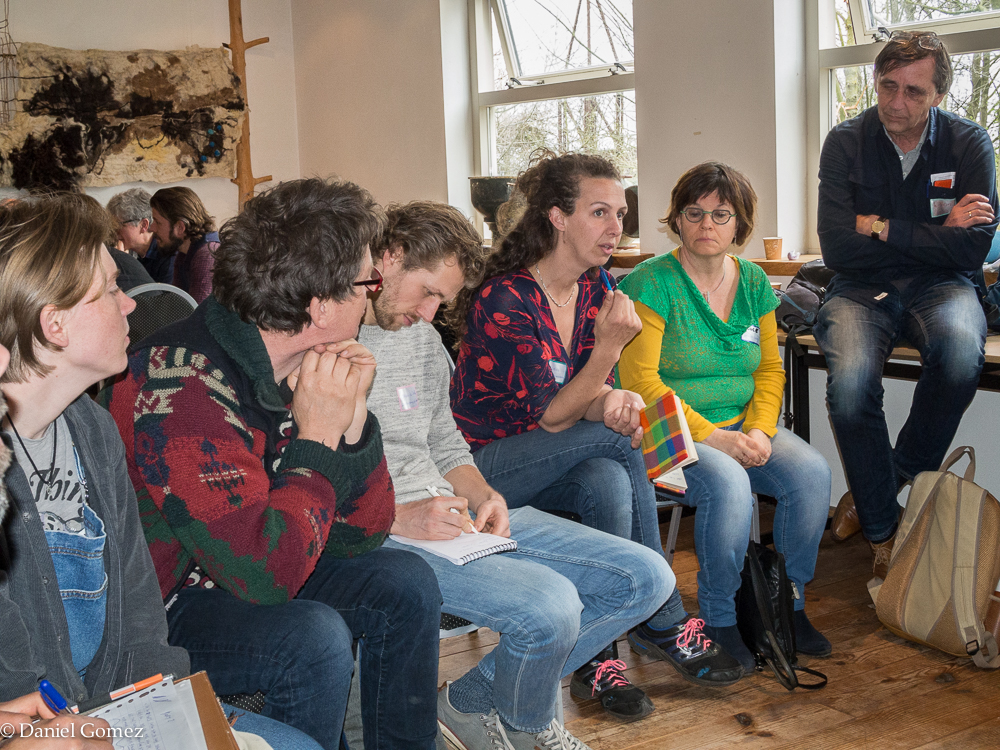 Left out of this story are some of the downsides of the Netherlands’ transformation into an agricultural powerhouse. It is true that – contrary to the large-scale farming model of countries such as the US, Canada, and Brazil – Dutch agricultural growth has been achieved on still relatively small but highly capitalised, hyper-efficient, high-tech farms. The deployment of modern techniques of agricultural management to these farms has allowed them to achieve remarkably high levels of productivity.

However, it is also the case that much vegetable production, for example of cucumbers, paprikas and tomatoes, takes place indoors in the highly regulated and artificially controlled environments of greenhouses. In addition to complaints about taste and provenance, there are also wider concerns about the impact of greenhouse production in terms of energy consumption, light pollution, and the transformation of entire regions – such as an area in the West of the Netherlands known as ‘Westland’ – to “glass monocultures”. The rise of indoor vegetable production in the Netherlands is also closely associated with the displacement and undercutting of vegetable production in the South of Europe, such as tomato growers in Andalucía (pdf)

Too often, the deployment of ‘modern agricultural techniques’ is synonymous with a form of industrial agriculture, heavily reliant on the use of agro-chemicals. This has had profound negative environmental impacts: agro-chemicals are responsible for 25% of groundwater pollution. It is also a model geared towards evermore intensive forms of production. The recent backlash against ‘mega stallen’ ‘mega barns’ of intensive indoor livestock rearing in the south of the Netherlands is one example of this. The intensification of production methods has heightened risks for both animal and human health. In the past two decades, the Dutch livestock industry has had to deal with multiple outbreaks of animal diseases including swine fever, foot and mouth disease, Q fever, and birdflu. Several people have been ill and have died as a result of Q fever.

More generally, there is a concern about the absence of a people-centred approach to farming. At the same time as Dutch agriculture has become increasingly capitalised over the years, farmgate prices have fallen dramatically with the withdrawal of price supports and production based subsidies. Relative costs of production have skyrocketed.  As a result, many Dutch farmers are reliant on loans from the bank. This has led to a situation of high indebtedness: in 2012, the total Dutch agricultural debt was estimated at 42 billion euros – or 60,000 euros per farmholding. These debts are the cause of significant stress among farmers, leading many to give up and decreasing the appeal of farming for the next generation. This is reflected in the dwindling number of farms in the Netherlands which has fallen from 410,000 in 1950 to just 55,000 in 2017. In the past 35 years, the number of farms has halved. On average, 6 farmers exit agriculture a day.

A new movement for agroecology and human-scale farming

It is largely in response to these issues that a new generation of Dutch farmers are increasingly seeking out a different approach. The exact form can vary, but many find common cause in the movement for agroecology. Agroecology involves a different form of agricultural production, processing and distribution: one that seeks progress in the strengthening of local resources, markets, and knowledge and in a different relationship with nature and with citizens. In agroecological systems, there is an emphasis not just on food production, but also other values such as landscape preservation, biodiversity, a living countryside and nature.

Exact figures on the size and scale of these initiatives are difficult to come by but all indicators point to a growth in their number:

The growth in agroecological initiatives is the result of both conventional farmers  wanting to change their agricultural practices and new farmers who want to engage with a new agricultural movement from the outset.

A survey conducted by the Dutch small farmers organisation Toekomstboeren (‘Farmers of the future’) has brought into relief the profile of some of these new farmers engaging in the agroecology movement. It finds that these farmers are generally speaking relatively young (54% are under 40, 26% are between 40-49, and 29% are over 50) and majority (55%) women. In addition to a passion for farming, many are motivated by an effort to advance a more social and sustainable form of agriculture:

“I want a farm that is people-centred. I like to have people on my terrain.”

“I feel happy, free and blessed that I can live from the land in harmony with nature. I can see from the increase in biodiversity, in the growing numbers of butterflies for example, that nature benefits from the right kind of cooperation”.

These ideals are often difficult to combine with participation in the mainstream food market. Many of them therefore choose to develop alternative marketing channels such as farmshops, box delivery schemes, or own-harvesting by consumers. Consumers who engage in these marketing channels often share the values of agroecology and are therefore prepared to pay a higher price for their produce. This in turn allows agroecological farmers to make a living.

Still, many of these new farmers express the need for support in accessing  land, practical agroecological knowledge, marketing channels, processing activities, and starting a new business. Despite the significant social and environmental benefits that agroecology offers, these initiatives receive very little – if any – financial or other support from current national or EU agricultural and rural development policy frameworks. Not surprisingly then, 84% of farmers interviewed in the survey indicate that agroecology deserves a stronger representation in policy formation and decision-making processes.

Increasingly, agroecological farmers are becoming organised in order to do just that. On 23 March 2019 more than 100 farmers met at the independent dairy farm ‘The Eemlandhoeve’, near Amersfoort, as part of the first “Boerenlandbouw” – “peasant farming” – conference. This was a full-day conference to share experiences, challenges and inspirations with on such diverse topics as access to land, the commons, schools of practice and regional knowledge exchanges, and plant-based fertilization techniques. One of the main outcomes of the conference was the formation of a federation of peasant organisations in order to better strengthen one another and help advance the agroecological movement in the Netherlands.

The importance of alliance building between farmers and other actors in society is increasingly recognised. The food sovereignty platform ‘Voedsel Anders’ (‘Food Otherwise’) brings together Dutch and Flemish organisations striving for a different food and agricultural system, with over 67 organisations signing on to the Voedsel Anders manifesto outlining a set of common principles for a more sustainable food and farming model. The platform has been extraordinarily successful in mobilising a diverse range of actors in high level conferences which brought together over 1,000 farmers, consumer groups, CSOs, activists and academics in 2014 and 2016. A new Voedsel Anders conference is currently planned for the beginning of 2020.

Connections are also being sought and are ongoing between initiatives in the Netherlands and those elsewhere in Europe. A Dutch delegation attended the Nyéléni Europe Food Sovereignty Forum in 2016 in Cluj-Napoca, Romania which brought together over 500 participants from 42 countries throughout the pan-European region. And currently, activities and research is being carried out as part of a joint project between Eco Ruralis, the European Coordination Via Campesina, IFOAM EU, Real Farming Trust, Terre de Liens, Transnational Institute, and Urgenci on strategies to strengthen access to land for agroecology in the EU.

Ultimately, it is only by fostering these kinds of connections, exchanges, partnerships, and dialogues within a broader framework of solidarity and friendship that proposals for a more regenerative agriculture and a living countryside can be turned into actions.

More in the Rural Dialogues Series

Sylvia Kay joined TNI in 2011 as a researcher working on issues around land tenure, natural resource governance, and agricultural investment. She has written various studies and policy briefs for TNI on land and water grabbing, the role of public policy in rural development, and different models of agricultural investment. She coordinated the Hands on the Land for Food Sovereignty alliance and is currently involved in a new European project on innovative land strategies for agroecology.

Can sustainable growth really allow biodiversity to thrive? In the second of a two-part series, Alison Brogan investigates the impact of Ireland’s ambitious agri-food strategy on protected grassland habitats. […]