So how have peasants and civil society responded?

This summer was intense for seeds savers in Romania. According to many, 2015 was declared “the year of tomatoes”, due to record productions of traditional varieties, registered across the country. But it wasn’t just the hard work in the fields that made this season special. Seeds savers are cooking a master plan for more rights to seeds and better access to quality, healthy, traditional seeds.

Following a national call made by Eco Ruralis association, peasants from 8 different counties have met in Cluj Napoca for 2 days, between 25th-26th of July. The purpose of the gathering was to strengthen the collective capacity to work on seeds and to address the human rights factors behind this issue. Therefore, the participating peasants established common priorities for the next year, as it follows:

– to work together for a better national legislation on the right to seeds. 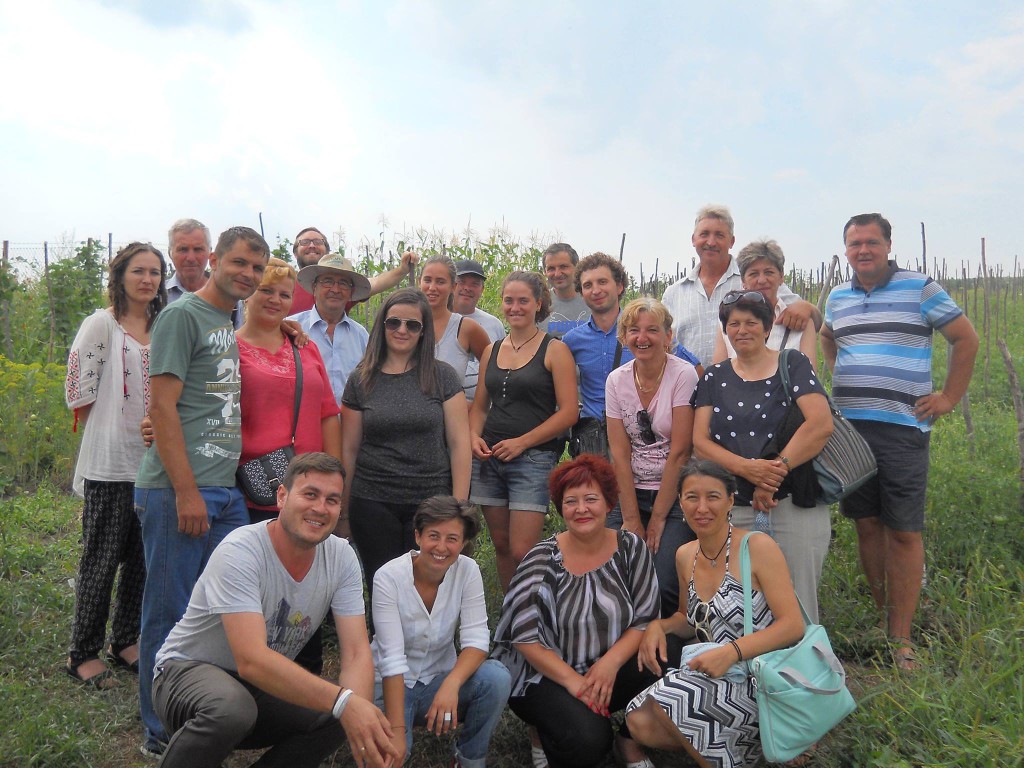 “Me and my family live from traditional seeds production. We feel that it’s time to take action for our future. The government is wrong, pushing our peasant seeds outside the law. These seeds are our right, and we work hard for it! United as a collective we have a much better chance to succeed.” declares Stela Zămoiu, from Dâmbroca village – southern Romania.

“The quality of our seeds in undeniable. The taste, the resistance to diseases, the capacity to adapt to climate change conditions, are all strong attributes of traditional seeds. The new Eco Ruralis seeds working group brings hope in my heart. I am confident that we will we develop traditional seeds production in the right direction.”, added Cucu Petru, a peasant farmer from Bălțătești village- eastern Romania.

A new meeting for the seeds working group is planned for November, this year, at the occasion of Eco Ruralis’ general assembly.

In August, together with the Free Seeds – an initiative of the Romania in Transition association – Eco Ruralis organized a free seeds market; it took place in Rosia Montana, at the occasion of FânFest. FânFest is the largest civic event of Romania, with a history stretching back over a decade. Hundreds of packs of seeds were shared with locals and a large number of visitors to the festival, who showed a great interest in the work of the organizers. The seeds market was followed by a workshop on seeds saving and edible plants, held by Eco Ruralis and Semințe de Fericire. 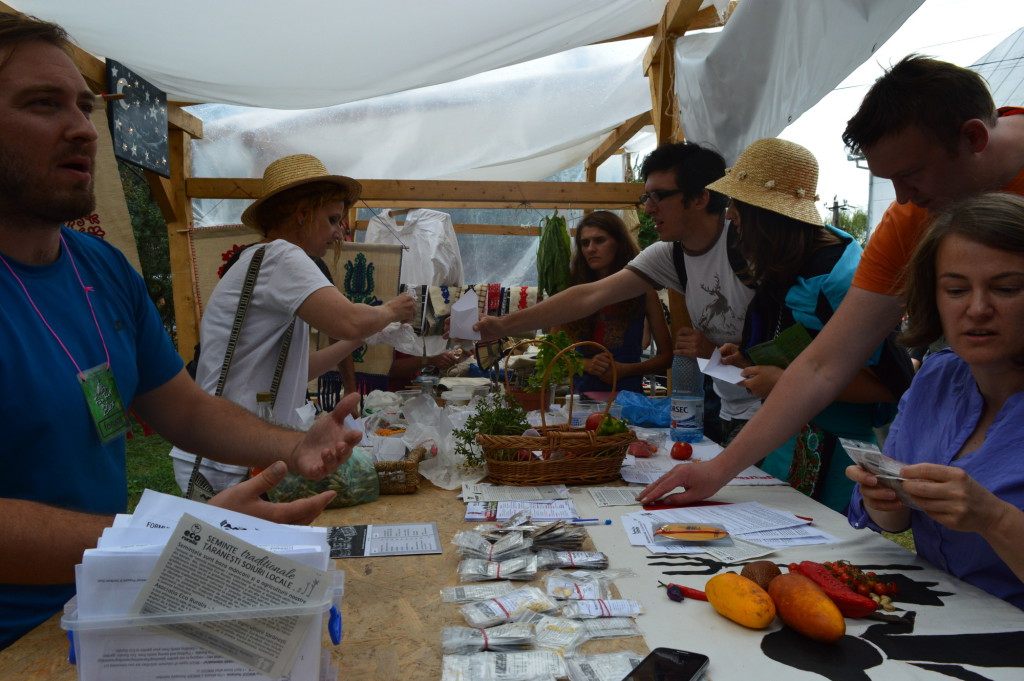 Through spring and summer, Eco Ruralis members participated in many other events and visited farms in various villages, sharing seeds and information.

In June and August, seeds experts from Eco Ruralis held 3 workshops on the importance of traditional seeds in agrobiodiversity, for Civitas foundation. The workshops benefited from the participation of dozens of peasants from Harghita and Cluj areas. Also, Eco Ruralis offered consultancy and seeds for Civitas, to build 2 seeds gardens in Apahida and Odorheiul Secuiesc.

Two social gardens also grow vegetable gardens with seeds from Eco Ruralis. One is from northern region Satu Mare – being coordinated by Stea association and the other from the southern region Ialomița – also coordinated an association – Village Life.

Moreover, food producers from the alternative networks ASAT Romania and Cutia Țăranului grow vegetables from traditional seeds offered by Eco Ruralis. As a consequence, hundreds of consumers from Bucharest, Cluj, Timișoare and other cities, are enjoying high quality, healthy and sustainable products.

And last but not least, earlier this year, in February, Eco Ruralis had a major free seeds distribution, which resulted in over 1300 farmers and gardeners receiving over 6000 packs of seeds.

The outcome of Eco Ruralis’ work, in cooperation with all these different groups and people, is the building of a very necessary base. Traditional seeds unite people and create a flow of information that have great potential to influence the legislation in place. Just like traditional seeds, peasants are still here, showing resilience to climate conditions and political pressures. While the government is implementing the new CAP, favoring land concentration, land grab and industrial farming, peasants are slowly and strategically building a movement around seeds – the basis of our food and agriculture.

In Cuba, food security is still a challenge after years of wars to fight against colonialism, imperialism and climate change. Yet, the island is far beyond the European Green Deal objectives, having largely achieved most of the Farm to Fork and Biodiversity targets that the EU aspires to attain by 2030. One Cuban farm is going even further. Welcome to La Finca del Medio, a 13.42-hectare family farm located in central Cuba, which is championing food sovereignty in the agroecological way. Matteo Metta writes from the farm. […]