My farm is situated in County Leitrim, north-west Ireland and has been in the family for over 150 years. We farm about 30 hectares (which is a typical local farm size) of meadow, pasture, woodland and heath, land commonly referred to as ‘marginal’ in Ireland as it’s challenging to farm and gives very limited financial return.

At present we have a small herd of between 6-8 suckler cows and their calves, which we keep till between 8-18 months before selling at the local marts. We mainly keep Limousins and Charolais, but we’re investigating getting Belted Galloway to help graze some of the rougher ground. And yes, it’s not always raining in Ireland. In fact, we’ve had a drought this summer with temperatures hotter than parts of Italy!

The meadows are closed off from grazing between the months of April and mid-July. In the past, we made hay on these meadows, but with the weather so unpredictable, we’ve moved to silage. However, the late cut lets the meadow flowers set seed, so before the cut they are full of colour and wildlife. My grandfather used to cut these meadows using a hand-held scythe!

One of the advantages of having wet, extensively grazed land with plenty of Devil’s-bit Scabious (purple flower) is that we have a good population of the protected Marsh Fritillary butterfly. The disadvantage is that scrub control is a continuous activity, particularly of Whins (also called furze or gorse). Where possible we take it out by hand and apply a herbicide to the stem to stop regrowth.

And with wet land comes lots of ditches, which we clear out on a roughly 5-7 year rotation. This ditch in heathy land is a great hiding place for the largest spider in Ireland, the Fen Raft Spider. There is no point in trying to improve or intensify this type of land, so we work with it and keep stocking rates low, which is suitable for the wetness of the ground. We also do rotational scrub clearance of seedlings and saplings, usually birch, willow or alder.

We hear a lot about declines in pollinators at the moment. However, the species-rich grasslands that we have on the farm, and that surround us on neighbouring farms, offer plenty of nectar and food for bees, butterflies, hoverflies, moths and beetles. That’s why supporting High Nature Value farmland, and farming, is so important, as these are the areas where biodiversity and farming are naturally aligned.

It’s very much a family farm and everyone helps with the work load. But sometimes we have a break to say hello to one of the many frogs that live on the farm.

The woods and hedgerows on the farm proved their worth with the recent heatwave. Our cattle took shelter during the day, waiting for the cooler evening air. Usually it’s the other way around, with the cattle sheltering from rain or harsh weather in the woods. So hedgerows help in all weathers.

Farming is both a full and part-time job for me, as I lecture in agroecology in the Institute of Technology, Sligo. Over the past three years, I’ve been part of an Irish and Spanish pilot project working to develop results-based schemes for agri-environment. It’s a simple concept – farms with higher quality biodiversity get higher payments. This type of approach makes total sense for High Nature Value farmland, my own included.

During the pilot, our farm became invaluable as a training area. Here are Irish farm advisors receiving training on using the simple, yet scientifically robust, results scoring system. If you want more information on the pilot, including the scoring system and guidance documents, go to our website  or contact me at byrne.dolores@itsligo.ie. 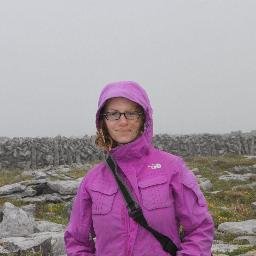 Dolores Byrne, is from the Centre for Environmental Research, Innovation and Sustainability – Institute of Technology Sligo, Ireland.

She is also a farmer in Leitrim, and brings these two elements together in high nature value farming and research projects.

Is Carbon Neutrality Possible with Agroecology?

How do land sparing and land sharing scenarios play out? Is it possible to reach carbon neutrality in agri-food, using an agroecological approach, one that also takes other pertinent societal issues like soil health, human health and biodiversity into account? And what assumptions are built into land sparing scenarios? […]

Ruminant livestock farmers have the unique potential to manage the British countryside to deliver a number of public goods, alongside profitably producing environmentally-sustainable premium-quality meat. The potential ‘prize’ is a carbon-neutral UK ruminant livestock sector, as part of a rural landscape that delivers a number of publicly-desired ecosystem services. […]