Ivaylo Popov tells us about his  “awesome  walk through a small farmers’ market in Sofia” and can’t wait to to tell us more about it. 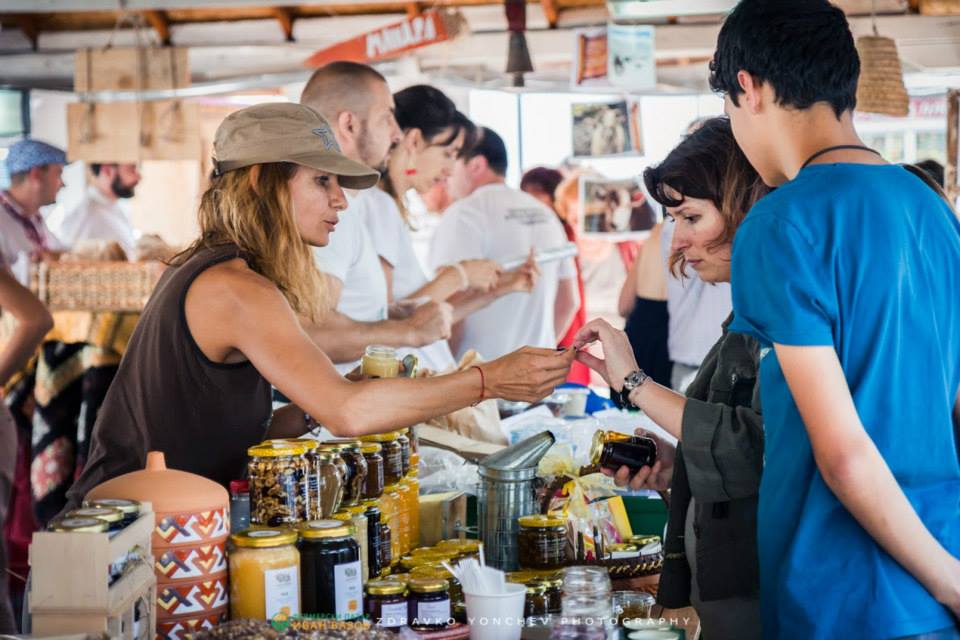 I just came back from an awsome  walk through a small farmers market in Sofia and can’t wait to to tell you more about it.

It is the farmers market, organised once a week by the environmental association Za Zemiata and other groups and organizations. It is supported by a project of Za Zemiata – “Making the CAP work for Society and the Environment”. Its aim is to show that the Common Agricultural Policy could and should support not only the high intensive food industry, but also the small-scale clean food production and sustainable short food supply chains. This farmers market is great evidence of short supply chains in action. Every week it is visited by around 800 consumers and more than 20 producers are offering their produce there.

The market is a great place in the city center, where organic farmers meet their customers face to face. I arrived at 12:30, an hour and a half after the opening hour and there were already empty shelves and queues, but relaxed and friendly faces. The customers were between 25 and 35 years old, the majority mothers with little childrenin strollers.

“Many people start to pay attention to their diet and food they buy, after the appearance of a little boy or girl in the family,” says Ralitsa, holding a heavy bag with fresh tomatoes. “People come here seeking the taste of food, they remember from their childhood. It’s a taste you can’t find in the supermarket. I have traveled more than an hour to reach the market, but now I am going to buy all I need for the upcoming week – high quality products at a reasonable price.”

On the market you can find not only fresh food, but also cooked and ready for consumption food. I tried very delicious veggie balls, prepared for the market day. There is a special area with numerous entertainments where mothers can leave their children. The market organisers often offer other workshops, such as cooking and art workshops.

But what makes this market worth visiting? The contact with the producers and the vivid meetings in the first place. Here you can talk to the farmers and learn how your food has been produced. Not all the food is organically certified, but it is produced with respect to the environment. The atmosphere is friendly, the customers come back for more delicious food and after a couple of meetings consumers and farmers become friends.

Secondly, the higher income for the farmer, since he sells the products directly to the consumers and avoids a long chain of intermediates, makes this worth supporting. Farmers markets, Community Supported Agriculture, farm shops are few of the many way to create short food supply chains.  In those food distribution systems consumers can get the food at its real price without additional charges for the retailers, and the farmers get a fair price for the produce. The consumers are saving money and at the same time know for what exactly the money is spent. The producers themselves define the prices – high enough to cover their expenses and to ensure fair income for their families. At the same time the prices are not very different from the ones in the supermarkets. It’s great that the clean and high quality food is getting more and more accessible. 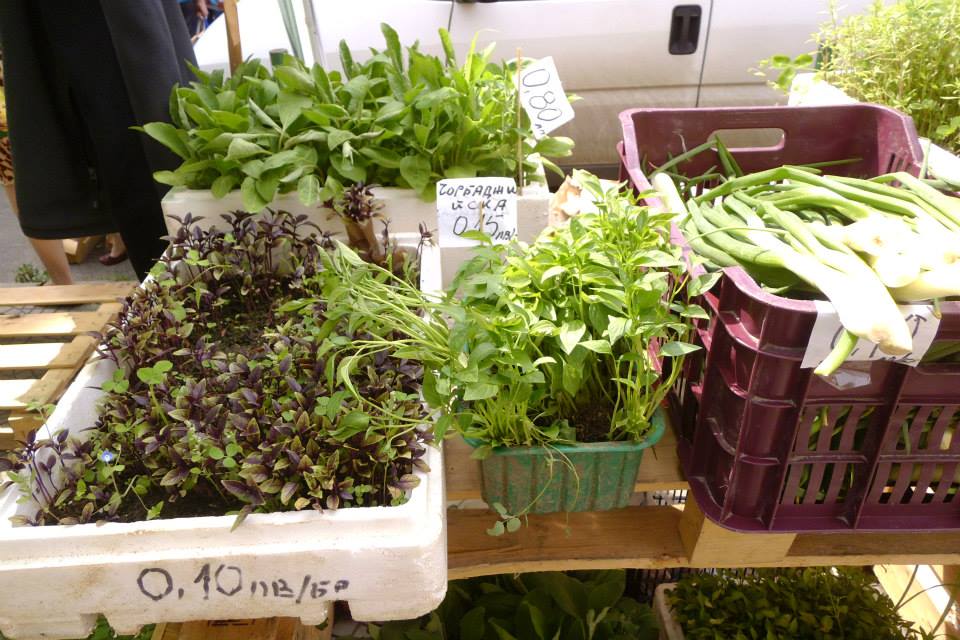 Secondly, the higher income for the farmer, since he sells the products directly to the consumers and avoids a long chain of intermediates. Farmers markets, Community Supported Agriculture, farm shops are few of the many way to create short food supply chains.  In those food distribution systems consumers can get the food at its real price without additional charges for the retailers, and the farmers get a fair price for the produce. The consumers are saving money and at the same time know for what exactly the money is spent. The producers themselves define the prices – high enough to cover their expenses and to ensure fair income for their families. At the same time the prices are not very different from the ones in the supermarkets. It’s great that the clean and high quality food is getting more and more accessible. 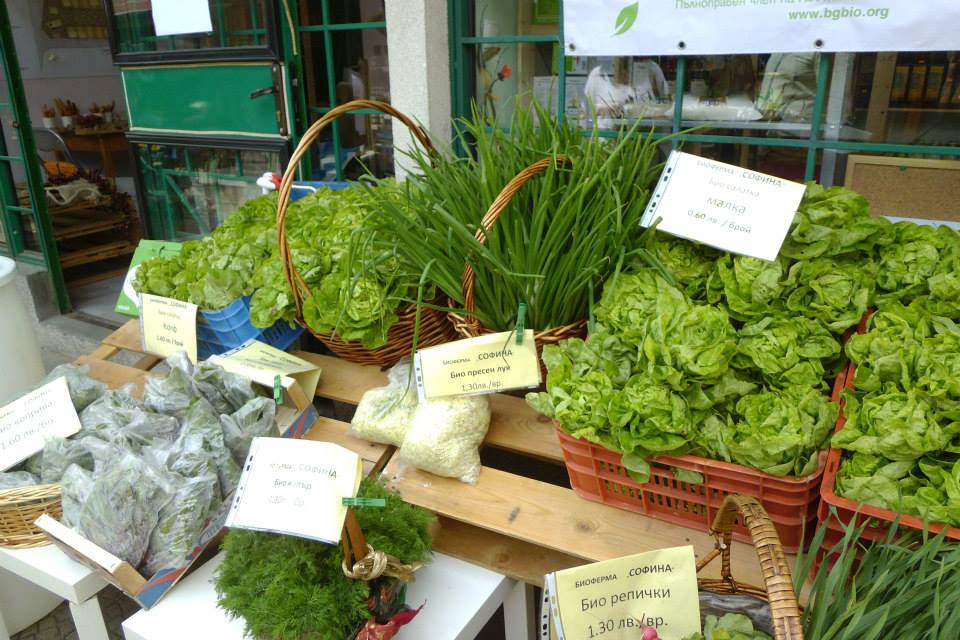 Farming is however one of the main employment sectors in Bulgaria’s rural areas. 32% of the jobs are in the farming sector. The activities adding value to the production, like processing, direct marketing etc. are not well developed. The number of enterprises and industries operating in other sectors is very low.

In 2012 the utilised agricultural area was 46% of the countries territory, 64% of which was arable land. The arable land share has increased between 2010 and 2012 and the permanent pasture area has decreased by 10%. The share of permanent cultures like grapes and fruit trees has decreased by 19%. Also the market share of vegetables and fruits has dramatically dropped from respectively 16% and 7% in 2007 to 3% and 4% in 2012. The main farms producing vegetables and fruits were those with a size up to 5ha.

Similarly, farms are disappearing also in the livestock sector. This concerns farms raring sheep, goats, pigs, chickens and calves and respectively the products they deliver. The reason here is again that many small farms stop farming. Farms producing milk have difficulties to adjust to the hygiene and other EU standards.

Most small farmers are not very well connected and organised in cooperatives or interest groups. They have difficulties to access information about the opportunities offered by agriculture funding, especially concerning programmes offered by the Rural Development Programmes. Farmers markets like the one in Sofia are few at the moment (only 10 in the whole country) and also other opportunities for small farmers to sell their products directly to the consumers are rare.

Bulgaria is the third most biodiverse country in the EU with 5% of its area being protected (33% are Natura 2000 areas) and containing unique landscapes and ecosystems.

The importance of certified organic farming is growing with more than 40% increase in cultivated areas between 2007 and 2012, which makes it the fastest developing economical sector in the country. Next to herbs, vegetable and fruits also more animals are reread according to organic standards. 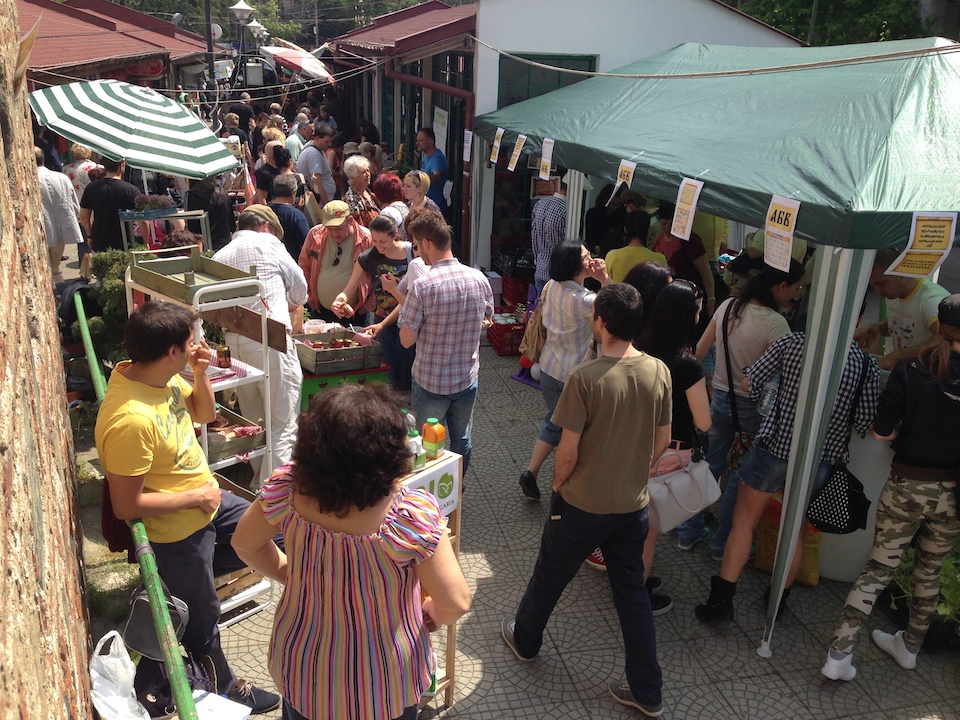 In order to preserve the positive sides of Bulgarian farming and to reinforce them, to preserve the still many small farms making their living from agriculture and very often feeding whole families, the Bulgarian government should support them. For example to invest in more and targeted advises for the smaller farms on how to run their business and produce sustainably. Help is also needed to support smaller farms to share their knowledge and infrastructure (e.g. through applying for co-operation measures from the Rural development programmes). Different stakeholders in rural and urban areas should be supported to get together and diversify food production, processing, marketing and other activities related to sustainable food production and supply chains.

In general more support to agro-ecological methods and direct sales are crucial to keep small scale and sustainable farms running and to minimize the negative impacts of farming to the nature in the country.

Farmers market like the one in Sofia is the best example for an initiative involving the whole food chain which should be supported: from the involved farmers who bring their healthy, seasonal and affordable produce to the market which ends on the plates of those living in Sofia and visiting the market.

Written by Ivaylo Popov from Za Zemiata, Friends of the Earth Bulgaria
For more information and pictures see www.zazemiata.org and www.hrankoop.com.

More than 20 farmers took part in the festival, offering mostly organic products. Immediately after the official opening there was an organised forum on the Common Agricultural Policy of the European Union and the launch of the Rural Development Programme including presentations and workshops. A series of seminars included a discussion of opportunities for farmers to engage in direct sales – allowing them to shorten the chain between suppliers and citizens, and promote more direct contact with those who consume their products. Dairy producers learned how to register with the authorities so that they can legally sell animal products directly consumers, and on innovative ideas for direct sales and short food supply chains were presented.

During the festival visitors had the opportunity to join culinary workshops, demonstrations on how to make fresh cheese, home-made noodles and bread with yeast. The festival ended with some beautiful Bulgarian folk music from the ‘Asen& Milena Group’.

And why did we decide to organise this festival now? Many small-scale and middle bracket producers are in a slump in Bulgaria at the moment, and so we decided to lend them a hand by creating farmers’ markets, which we think could give them a real chance to flourish.

It may sound a bit strange to be popularising something that has been in existence since time immemorial. Well, here in Bulgaria over just two decades, we have done our best to banish farmers from market places. And one of the reasons was a misconception of the application of the strict European norms regarding food, without distinguishing between petty farmers and artisans and large-scale ones.

Like all people around the world we want to have high-quality food on the table. Whether it will be biologically certified food or food produced in an environmentally friendly way, Is not the primary concern. In any event, it is bound to be much better than the anonymous food we buy at supermarkets. The new common agricultural policy stakes heavily on the creation of different kinds of short food supply chains. Cooperative and farmers’ markets are a case in point in this country.

The event was organized by the Environmental Association ZaZemiataas part of the project “Making CAP working for Society and the Environment”(AGRI-2014-0114), with the financial assistance of the European Union. As part of the project, every weekend farmers offer their produce at two markets in Sofia –the ‘Ivan Vazov’and ‘Roman Wall’ markets. These markets are run in partnership with the Sofia Municipality, Markets South, the Sustainable Society Association [https://www.facebook.com/ustoichivo] and Hrankoop – Bulgaria’s first food co-operative[http://www.hrankoop.com/].

Written by Ivaylo Popov from Za Zemiata, Friends of the Earth Bulgaria
For more information and pictures see www.zazemiata.org and www.hrankoop.com.

More about our agroecology project here. 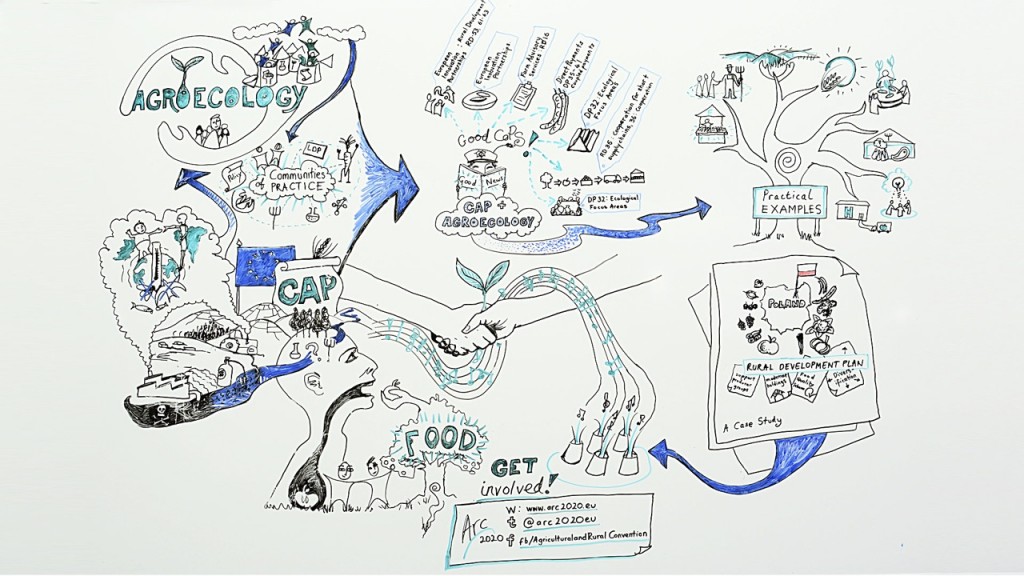