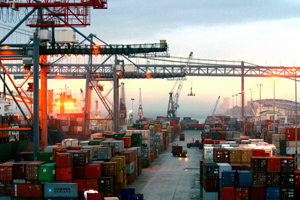 According to Polish Ministry of Agriculture, food exports from Poland increased by 12.9% compared to the first half of 2010, with the export of agricultural products totalling EUR 7,078 million during the period of January to June 2011. Exports within the European Union increased by 9.8% (8.6% in the countries of the ‘old’ EU). The growth reached 13.3% in the 11 new EU Member States and the total export of Polish food to the EU market amounted EUR 5,483 million.

The biggest importer of Polish food is Germany with a volume of EUR 1,491 million in the first half of 2011. The goods that are imported are fruit juice, poultry meat, processed and preserved fish, biscuits, wafers and other bakery products, as well as milk powder, frozen fruit (mainly strawberries and raspberries) and beef. The second biggest importer of Polish food in 2011 was the United Kingdom amounting to EUR 488 million. Here, chocolate products and poultry meat were the main products. Next on the list of top importers was the Czech Republic (EUR 469 million in the first half of  2011), where Poland exported mainly poultry meat, eggs, cheese, bakery products and pork.

Another big importer of Polish food is Russia (EUR 422 million) – importing meat, cheese and milk products, frozen and fresh vegetables, apples, chocolate products and mushrooms. Interestingly, when compared to the first half of 2010, the largest increase in exports was recorded in the case of Turkey (164%), due to significant growth in exports of beef, as well as Belarus (110%), due to a jump in sales of pork and apples. In the same period of time a 70% increase of export was recorded in the case of Korea and Japan (beef, poultry meat, chocolate products, pork and bakery goods). It is also worth noticing that when compared to the first half of 2010, there was a 70% increase in the export of Polish butter, an almost 60% increase in the export of pork and a 43% increase in the sales of beef abroad.