ARC2020 Speakers’ Tour aim to raise awareness of particular issues related to the CAP reform. ARC2020 has now organised three tours, bringing speakers from around the globe to Europe for a series of talks, debates and discussions in cities across the EU. 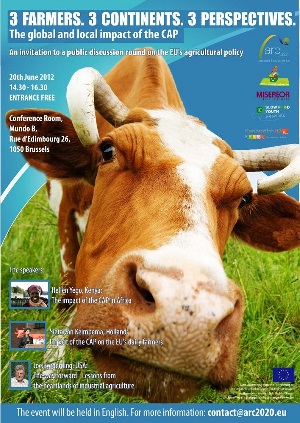 The International Impact of the CAP (June 2012)

In June 2012 three dairy farmers, Hellen Yego from Kenya, Joe Borgerding of Minesota, USA, and Sieta van Keimpema, of the Netherlands presented the complenting perspectives of “3 farmers from 3 continents” at discussion events in Prague, Brussels, Berlin, Bremen, Paderborn and the Northern German countryside.

The tour was organised in collaboration with Misereor and Meine Landwirtschaft. 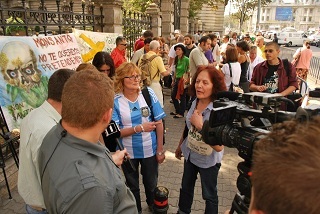 In September 2012 two campaigners from Argentina travelled to Europe to raise awareness of their ongoing fight against the aircraft spraying of Monsanto’s Roundup (Glyphosate) on Argentina’s soybean fields.

Goldmann Prize winner, Sofia Gatica along with her colleague Maria Godoy visited Brussels, Berlin, Mainz, Kassel, Krakow and Polish countryside, Bucharest, Malaga, Cordoba (Spain), Madrid and Zaragoza. They were also present at the finale of the Good Food March in Brussels on 19 September 2012. 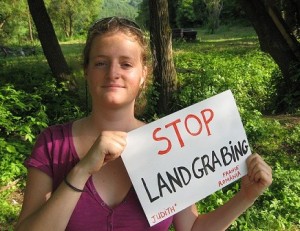 ARC2020 organised a 10 day EU-wide Speakers’ tour on Landgrabbing in Romania, taking place from 21-30 April 2013. The two speakers were Mr Attila Szocs who monitors large scale agricultural land purchases in the CEE region and Romania in particular, and Mr Dan Chismas a farmer and co-president of the EcoRuralis peasant association will tour European capitals and cities to highlight, debate and raise public awareness on the social, environmental and economic impact of large scale land acquisition by both, foreign and national companies. The tour stopped in cities including Vienna, Paris, Berlin, Luxembourg and Brussels. More information here.