Now that the substantive negotiations have been completed, what is left to be agreed? 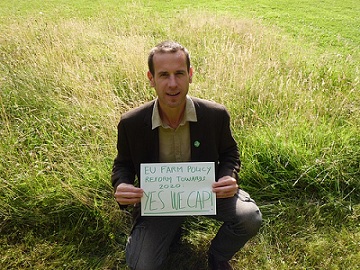 The main points of the agreement have established a regime, despite the spin, remarkably like the old regime.

In many cases, contentious issues have been left to Member States or left for the future. For example, according to the European Parliament “Decisions still need to be taken on capping direct payments to bigger farms and distributing funds between farmers.”

Payments to bigger farmers has been amongst the most garing and glaring of inequities, especially at a time of austerity across Europe. George Monbiot points out some examples from the UK.

“The vice-president of the UK National Farmers Union, Meurig Raymond, has a 1,300 hectare farm on prime land in Pembrokeshire, also owned with his brother. Given that farmers in this country receive an average of £197 a hectare in direct payments (and often a good deal more in public subsidies of other kinds), this suggests that he might take at least £250,000 a year from the taxpayer.”

However rather than make a decision on capping direct payments at €300,000, as the Commission proposed, this issue has been long-fingered.

The Commission’s original proposals would have radically redistributed wealth towards the poorest and away from the wealthiest.

The Irish presidency was especially against flat rate payments, which the Irish government saw as a red line issue, one that would have proven unpopular with the country’s powerful and well-organised farming lobby.

Transferring money to and from national budgets for direct payments to rural development programmes, that’s from Pillar I to Pillar II, is also still up in the air.

Once the MFF (Multi Annual Financial Framework) is agreed, more concrete and final decisions can be made on CAP.

However it is clear that in the economic area, as in so many other areas of CAP reform, there is still much left to play for.

The European Commission has released its budgetary proposals for the CAP post-2020. Commissioner Hogan held a press conference to present his vision for the future CAP. Here’s a first look. […]

Simplification should work for peasant farmers and not to generate fund-grabbing by the corporate sector, as Maria Rodriguez Beperet explains. […]