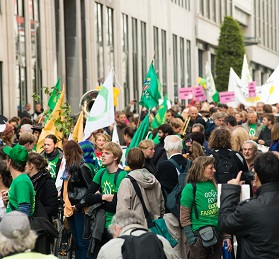 100’s of citizens descended on Brussels on September 19th for the final day of the Good Food March. The day started with a gathering of civil society and marchers in Brussel’s Parc du Cinquantenaire. The group then marched through Brussels, accompanied by a Fanfare music band, making stops at the European Commission, the Council of the European Union, and the Committee of Regions.

The march ended in front of the European Parliament, where all participants and many more came together to take part in a brunch of good, healthy, local food and listen to testimonials from the Good Food Marchers from all over Europe, as well as significant civil society and political represenatives.

The Slow Food and ARC2020 Conference

The final event of the day was the Slow Food/ARC2020 Conference in the EU Parliament, under the patronage of Martin Schulz.

The conference was divided into 3 sessions:

Download the draft programme in English, Italian, French and German. 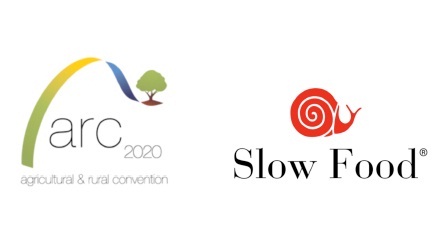