The moderating and editing team comprises journalists, and experts in agriculture policies and rural development from these organisations. The moderator team has adopted a code of conduct which shall guarantee an impartial and independent moderation of the process.

All organisations and individuals taking part are encouraged to work in a very open and inclusive manner, to ensure a transparent and democratic process.

The story so far 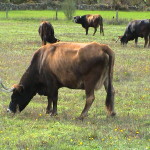 The ARC started with a call for action which was signed up to by a number of supporting civil society organisations and networks on 26 April 2010. The idea was to run the process for at least a year during the start-up phase of reforms of European policies, focussing on the Common Agriculture Policy (CAP) and related fields.

The initiative was complementary to that of the European Commission, which launched a public debate and a website on CAP reform known as ‘Your Ideas Matter’.  However, as that debate was due end in June 2010, with a conference in mid July 2010, the ARC has enabled the discussions to continue beyond this date.

Those who wished to participate were invited to send their ideas and proposals to the website. Based on the proposals, working groups could also be created in which views could be exchanged and connections made with other interested people or organisations. The following guidelines were provided:

In November 2010, following agreements between all members, ARC submitted its own proposals for a reform of European Agriculture and Rural Development Policies to the European Commission and other EU institutions.

The document, entitled “A Communication from Civil Society on the future of Agricultural and Rural Policy” was the product of a six month process involving consultations, conferences and negotiations between NGOs from across Europe. It has been translated into 10 languages. It calls for a radical review of policies for both agriculture and rural development, setting down detailed principles for a sustainable reform.

Since its formation, the ARC has organised two major conferences in Brussels, both attended by Commissioner Dacian Cioloş and a wide range of stakeholders. The most recent was held in July this year, hosted by the European Economic and Social Committee. The conference was attended by two hundred people from NGOs, government, European Parliament and others.

The diagrams below summarise the process: