After the Brexit bombshell, ARC2020’s Peter Crosskey tells us how the UK farming community is reacting to vote to leave Europe. He also provides CAP and Article  50 context. 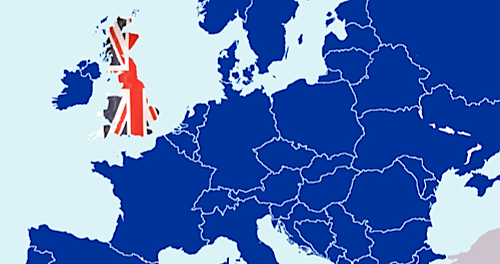 National Farmers’ Union president Meurig Raymond responded to the Brexit vote within hours of the result being announced. He declared: “Our members will rightly want to know the impact on their businesses as a matter of urgency.  We understand that the negotiations will take some time to deliver but it is vital that there is early commitment to ensure British farming is not disadvantaged. It is vital that British farming is profitable and remains competitive, it is the bedrock of the food industry – Britain’s largest manufacturing sector.”

Whether the UK will have a voice in exit negotiations is a moot point. Reading paragraph four of article 50 of the Lisbon Treaty would suggest that UK withdrawal terms will be decided by the EU27 in Council meetings from which the UK, as the withdrawing member state, is explicitly excluded. Trying to leave by any other mechanism would destroy the forbearance required to allow European market access in future. 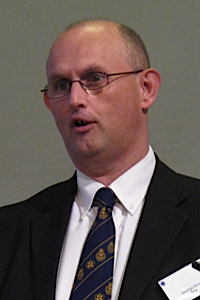 In his general observations, TFA chief executive George Dunn (pictured) makes the point that growing affluence has been accompanied by a falling share of disposable income for food spending. As elsewhere in Europe, UK food producers also face the prospect of selling to a market dominated by a handful of powerful retailers, with a stranglehold on market access and supplier margins.

Market mechanisms are also useless for building long-term food security, Dunn argues. The UK government has yet to take the country’s high level of food import dependency seriously, described by Professor Tim Lang as “…leaving it to Tesco.”  Dunn agrees with professor Lang’s long-held views of an urgent need for long-term strategies. Dunn writes: “The TFA is concerned that the current structure of food marketing takes too much of a short-term approach to this issue and feels that there needs to be a more adequate expression of the Government policy towards food security in the long term.”

After years of skating round food and farming policy issues, the UK will need to tackle the future of food production seriously, rather than rely on food imports as heavily as it has done for decades. The current reliance on imported produce from temperate climates is no more sustainable now than it ever has been in the past.

While it is too early to double-guess what effect Brexit will have on farming in England, figures published by environment ministry DEFRA last month reveal a high degree of dependency on direct payments over the past five years. DEFRA estimates that over the five years 2010-2014, 5,900 farm businesses averaged a loss, even after direct payments were taken into account. Stripping single payments out of the same data pushes the total of five-year loss-makers up to 20,600 farm businesses.

The DEFRA figures understate the issue, being based on a 57,500 subset of England’s 97,000 farms. This segment accounts for 60% of English farming businesses with five-year average incomes of more than EUR 25,000. The ministry takes no account of the value of CAP funding to the 40,000 smaller farms outside the representative sample.

More – essential Brexit readings from a farming and food perspective

Brexit vote – what are the implications for UK farming? (Farmers’ Guardian)

UK opts for Brexit – what next? (Alan Matthews)

All ARC2020 articles on Brexit

I want my country back (Laura Penny)

Britain is not a rainy, fascist island – here’s my plan for ProgrExit (Paul Mason)

Biodiversity under our feet: life depends on it

Today, April 17th, marks the annual International Day for Peasant Struggle. We’ve handpicked some of our top stories from recent years to give you an insight into the struggles facing European land workers and the resistance movements which respond to these. […]