Quoted in a communique published by the Romanian news agency Agerpres, EU Commissioner for Agriculture Dacian Cioloş declared that under new regulation small producers can continue to freely exchange seeds and register new varieties at no extra cost. 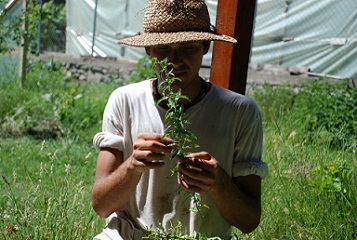 He went on to say that all traditional seed varieties that are already on the market will be recorded in a separate register at no cost to small producers. The Commissioner made these declarations at the opening of the 36th World Congress of Vines and Wine  in Bucharest.

Questioned about new EU-wide seed regulation, Cioloş stressed that alarming messages about this directive were based on an earlier version.

“I have recently seen alarming messages … which unfortunately are based on an initial version of the draft regulation proposed by the European Commission. It has been amended at my initiative, because we wanted to be consistent with the goal of giving small producers new market opportunities. I asked for the introduction of a series of issues into this regulation that separately recognize the production and marketing of seeds by small producers,” said the Commissioner.

“With this proposal I believe to have created the conditions for small producers to produce and commercialize seeds without any barriers. This draft regulation will now go to the Council and the European Parliament (EP), but I am convinced that my colleague Tonio Borg, the EU Commissioner for Health and Consumer Protection, has already integrated all these aspects regarding small producers and the free circulation of seeds and that these ideas will continue to be supported by him; including during the negotiations with the EP and the Commission.”

On the issue of the recently enforced partial ban on the use of neonicotinoid pesticides, Cioloş commented that “in general, the Council takes decisions based on scientific evidence. When there exists evidence of an impact of certain products … on human health or the environment the Commission proposes measures that can then be adopted by Member States. I cannot provide more details as this issue is beyond my scope.“

A country of two agricultures, and neglected jewels