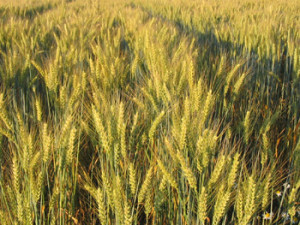 The European Commission yesterday, Apriil 19th, issued its long-awaited proposed definition of a crop, sticking to strictly biological classifications regardless of season or end-use. For instance, winter wheat and spring wheat would be counted as the same crop, as would plantings for silage, grain, biofuels or even seed production.

In a separate document, the Commission also put forward its proposals for ecological focus areas. The proposed 7% would be based on eligible areas, but no permanent grassland will be eligible.

The tight definitions and delegated acts are unlikely to be popular. Scottish MEP Alyn Smith, a member of the European Agriculture Committee (AGRI) warned: “I fear that the Commission is shooting itself in the foot over already unpopular proposals by defining them in the strictest way possible. I don’t see why, for example, rough land on the edge of farms which does not qualify for entitlement but which can be made use of ecologically should not qualify for the 7%, but the Commission is against it.”

Both documents foresee the use of delegated acts to enforce these requirements. Smith, for one, is preparing to challenge this procedure: “I think this underlines the danger of allowing such decisions to be made under delegated acts. Delegated acts determine the detail of a legislative act, and will be critical for influencing whether farmers will qualify for greening or not, yet are decided under a procedure which allows no say to the democratically elected people’s representatives in the Parliament.”

Smith wants to see greater democratic involvement in the process: “I will be amending the proposal to ensure that the details of greening are decided either by a full legislative procedure, or by national and regional authorities who can apply the local flexibility needed. The Commission has shown that it doesn’t have the mindset needed to make a success of this.”

Equivalence on the menu

Could greening become one of the biggest victims of the CAP reform process? […]

The EU has funnelled €66 billion into farmland biodiversity since 2014 – and has little to show for it. That’s the conclusion of a special report released on Friday by the European Court of Auditors. The auditors slammed the half-baked targets of the EU 2020 biodiversity strategy, its odd-couple relationship with CAP, lack of monitoring, and some very un-smart spending by the European Commission. A series of recommendations have been made. Louise Kelleher reports. […]