Digitalisation is progressing in rural areas around Europe in different ways. There are a number of reasons for variability in style and substance, as María Alonso-Roldán and Mar Delgado-Serrano of the DESIRA project show. The pair have engaged with experts in 15 countries. Here’s what they’ve found.

By María Alonso-Roldán and Mar Delgado-Serrano University of Córdoba, DESIRA

The diversity of rural areas in Europe calls for a contextualised analysis to understand how the EU policies have influenced rural digitalisation in the different member states. In this regard, DESIRA project partners from 15 countries (including United Kingdom and Switzerland) have revised their national policies and the buy-in of EU policies by each country focusing on two aspects: how rural development policies include and address digitalisation elements and how digital policies are tuned to the specificities of rural areas. Following the guidelines provided by the task leader, University of Córdoba, each National Policy Analysis document provides an interesting review of the context for rural digitalisation, the policy framework, and the challenges and opportunities for a sustainable rural digitalisation. 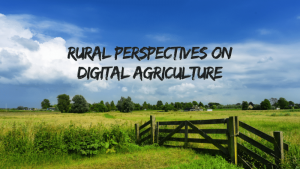 The difficulty of the task is worth mentioning. The lack of disaggregated data in relation to rural digitalisation and policy impact is a common issue within across the 15 countries. Moreover, many countries do not have comprehensive rural digitalisation policies to examine. The DESIRA partners have made significant efforts to provide relevant and updated information, including the latest Strategic Plans of Common Agriculture Policy or the National Recovery and Resilience plans for their countries (both strategies have got sound digitalisation aspects within).

The main conclusions of the National Policy Analysis are currently being synthetised in a report which will contribute to draft a policy roadmap for the future of rural digitalisation in Europe. Although the starting point and characteristics of each rural area differ, there are some commonalities.

The national digitalisation priorities have been strongly influenced by the EU digital policies and have mostly followed two phases. A first phase devoted to roll-out broadband infrastructure and a second one more focused on improving skills, closing the digital gaps for infrastructure and usage, and adapting the public administration and society to the new technologies.

In terms of political strategies, there are some differences. For instance, the first national digital plan for France was the Governmental Action Programme for Information Society (PAGSI), launched on 16 January 1998 and followed by consecutive strategies until today. In Finland, a first national digital agenda was set in 2011 but the two latest governments have not written down a comprehensive digital strategy for the country. The rest of the examined countries drafted their first digital agendas between 2014 and 2016, regardless of their EU seniority (e.g., Germany’s first digital agenda was published in 2014 and Croatia’s one in 2015).

Competences for national and rural digitalisation usually fall into different administrative departments, quite often around four, which requires significant coordination efforts, even more in countries like Germany, Croatia or Spain, where competences are decentralised and shared with regional authorities.

The responsible authorities for the national broadband plan and policy in Italy are (1) The department of Telecommunications within the Ministry of Economic Development, in charge of planning and implementing national broadband plan; (2) the Agency for Digital Italy, which assists in domains related to issues of public administration, digital connectivity to public offices; (3) the entire ultra-broadband policy in Italy is coordinated by the Presidency of the Council of Ministers through the Committee for the spread of high-speed broadband; (4) AGCOM, the sector regulator, which has consultancy tasks and acts within its domain of regulation of NGA access, price conditions and technical standard.

In general, European rural areas are lagging behind urban and peri urban areas in relation to different dimensions of digitalisation. Despite the national efforts and support from the EU policies and funds, a significant portion of European rural areas remains far from achieving the European Commission’s Gigabit network coverage ambitions. According to the Digital Economy and Society Index (DESI) 2021, fixed very high capacity networks (VHCN) covered 59% of EU homes in 2020, whereas the figure for rural areas falls to 28%. The minimum percentage for unconnected rural households is 0.5% in Netherlands (DESI 2021), which is a primarily urban country. On the other extreme, up to 20% of the Scottish rural areas have not got 4G connectivity, as stated in the ‘Connected Nations’ report (Ofcom, 2019).

In terms of skills, the gap between rural and urban is patent: only 48% of individuals living in rural areas possess at least basic digital skills, in contrary to the ones living in the cities (62%) (DESI 2021). On top of everything, the gender gap (especially in digital skills) adds up to well-known demographic trends in rural areas: ageing and depopulation.

Finally, the COVID-19 pandemic has forced a ‘digitalisation push’ in all EU countries. Consequently, significant progress in distance learning, e-health and e-administration has been made in rural and urban areas, as well as unearthing the gaps and opportunities for an inclusive rural digitalisation.

The future is promising. At EU level, a comprehensive policy framework has been deployed tackling all aspects of digitalisation including data governance, artificial intelligence, digital rights, etc. This will pave the way for the member states to design their own national strategies. The investment opportunities that new CAP and the National Recovery and Resilience Fund will bring are expected to narrow -or even to close- some of the rural digitalisation gaps. 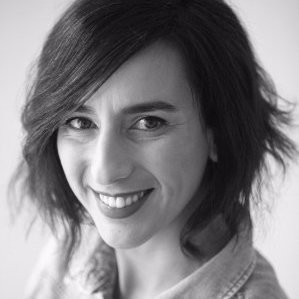 María Alonso-Roldán is an environmental scientist specialised in participatory processes and responsible research and innovation (RRI). She is working as a policy researcher in the DESIRA project, supporting Mar in the analysis of EU policies impacting rural digitalisation.

DESIRA DESIRA – Digitisation: Economic and Social Impacts in Rural Areas. DESIRA is a Horizon 2020 project (2019-2023) coordinated by the University of Pisa which involves 25 partner organisations (research institutes, NGOs and SMEs) in a multi-actor and inter-disciplinary consortium. 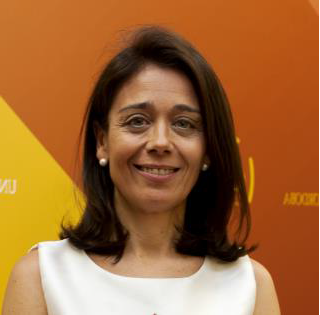 Mar Delgado-Serrano is Full Professor at the Department of Agriculture Economics at University of Cordoba (Spain). She leads the Policy Analysis work package in the H2020 project DESIRA (Digitization Economic and Social Impacts in Rural Areas, 2019-2022) and as such, she oversees National Policy Analyses in rural digitalisation. She also coordinates H2020 project MOVING (Mountain Valorization through Interconnectedness and Green Growth, 2020-2024) and H2020 project IN-HABIT (Inclusive Health and Wellbeing in Small and Medium Size Cities, 2020-2025). Mar has a long work trajectory on sustainability sciences and in policies to enhance the sustainability and resilience of rural areas.

Coping with Covid19 – Learning From Then and Now

With Covid-19, our world has changed utterly. What can we learn from our recent past, and from interesting movements and moments now, to help us adjust and cope with the present and future? With Oliver Moore. […]