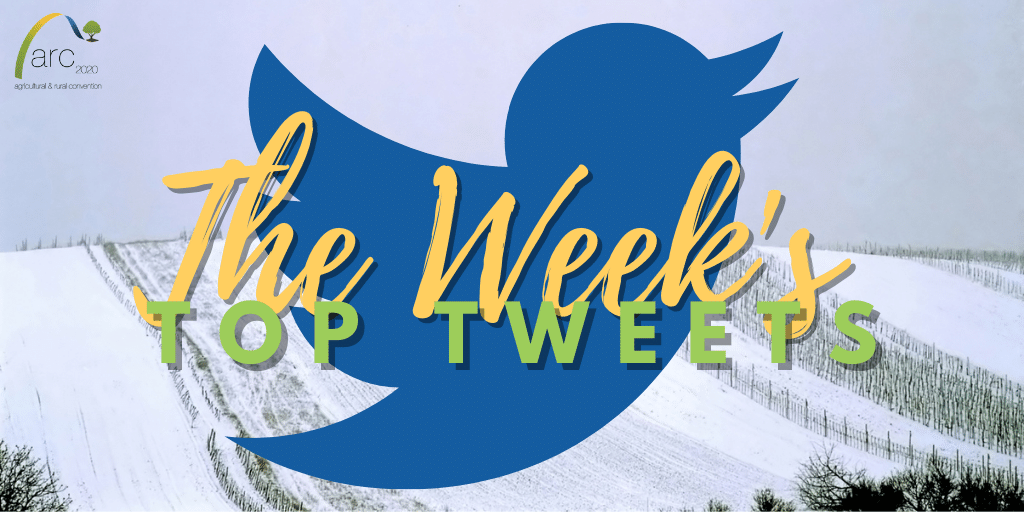 But the amount of farmland has stayed the same.

That means French farms are getting bigger. But Julien Denormandie, the French farm minister, denied this was a sign of industrialization when I pressed him on Friday. 🧵

Two Irish companies accounted for 7.5% of emissions from EU beef sector in 2018 (via @thejournal_ie) https://t.co/x86i72hSug

Scientists have found a network of cracks beneath a previously-stable ice shelf abutting the Thwaites glacier, and now think the shelf could shatter in 3 to 5 years.

That would triple the rate of ice loss from Thwaites, the "doomsday glacier". pic.twitter.com/KgbFxQPWiX

Sounds like a interesting study, we need to develop & support new production models which are resilient & make best use of our land https://t.co/iSmXiDP6tC

The secrets of supermarketing: A model balanced on a knife edge " tiny, and heavily protected, profit margins applied to large volumes of goods keep the system running."

The @EU_Commission's #CarbonFarming Initiative launched today as part of the "Sustainable Carbon Cycles" Communication is going down a dangerous path ⚠️@Green_Europe's reaction 🔎 https://t.co/4l90JmWhMF

I outlined our concerns on #CarbonOffsets in agriculture in this OpEd 👇 https://t.co/tCxnmJXX0z

During the #3rdAgroecologyEuropeForum, 11 elements were gathered that we believe reflect well some of the 🔑 recommendations to transform our #FoodSystems and promote #agroecology

❗️We adopted a Communication on sustainable carbon cycles, setting out actions to support carbon farming and scale up this green business model. /1#CarbonFarming

In a meeting with @Green_Europe @BirdLifeEurope @WWFEU in the context of climate and environmental ambitions of eco-schemes in draft national CAP Strategic Plans and how they will deliver on the #EUFarm2Fork & #EUBiodiversity.
Ensuring transparent process is of utmost importance. pic.twitter.com/CRGUoHbR1O

1/4 Very worried by @jwojc saying tha #CarbonFarming "offer to pay extra money to farmers outside the Common Agricultural Policy for their practices which they are doing now without the payment". That's pretty much an open admission of #Greenwashing

Promo video @EUClimateAction fails to mention: carbon markets are volatile, unaccountable and deliver most of the (public]) money to carbon consultants. #CarbonFarmingEU must be a holistic and just transition to #agroecology that supports farmers to get fair incomes.#EUGreenDeal https://t.co/GG65qvzL4g

The sustainable carbon cycles communication sparked mixed reactions from 🇪🇺 farming sector. @COPACOGECA welcomed the opportunity but said many uncertainties remain, while @ECVC1 warned it will increase the power of large companies at the expense of farmershttps://t.co/0J3w6ui542

New study from Germany shows that insects on the nature reserves which showed a 76% decline in insect biomass over 26 years are contaminated with a cocktails of pesticides. V worrying for the whole concept of conserving nature on 'island' nature reserves https://t.co/1o6z5xWFwM pic.twitter.com/ijGSUrCJ5l