Today we launch a report on many aspects of the CAP Strategic Plans process, as it has unfolded throughout 2021. This report, led by Matteo Metta and edited by Oliver Moore, covers a range of important aspects of Europe’s agri-food and rural policy. The full document includes an overview, an analysis of the initial Commission recommendations, analyses of aspects of CAP in Germany (Green Architecture), Bulgaria (High Nature Value) Poland, Italy, precision farming, and finally CAP and EU relations to third countries.

Is the CAP reform post-2022 Lost in Ambition? This was the question we raised in our first year’s study of CAP Strategic Plans, which we conducted in cooperation with the Heinrich Böll Stiftung – Brussels, from March to December 2020.

The publication of the European Green Deal added some potential ambition to the CAP debate. Yet, as we reported in this analysis, the ambitions expressed in the Farm to Fork and Biodiversity strategies slowly become disappeared in the trilogues of the inter-institutional negotiations about the CAP reform. We wrote extensively about the delay tactics which revealed the weak political substance and ambition in applying the European Green Deal to the CAP. 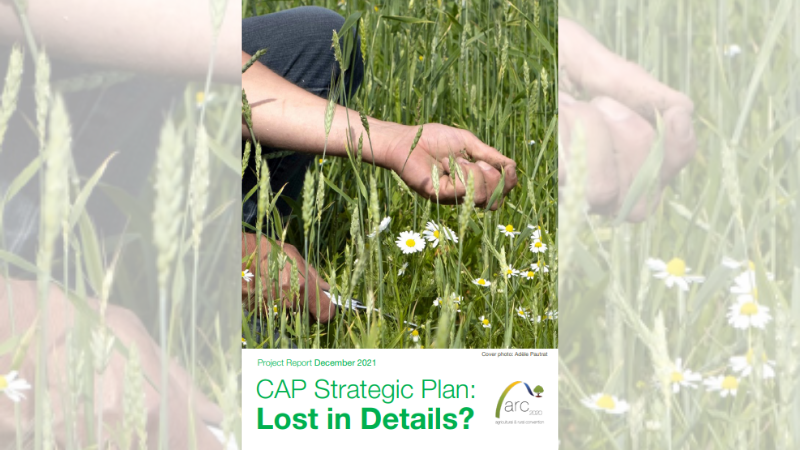 2021 was the year when the co-legislators’ deal was made, and the three CAP consolidated legal texts were adopted by the European Parliament at first reading on 23 November 2021, namely:

After having scrutinised the inter-institutional negotiations and amendments to the 2018 Commission proposal, another question emerged as result of our second-year project: Is the CAP reform now Lost in Details? Have the promises for a fairer and greener CAP been materialised in the EU legislations?

With this second report, we summarise the work that ARC2020 and many other committed people have done for the 2021 project CAP Strategic Plans, along with perspectives for 2022. With the CAP deal sealed at EU level, what happened to the so-called ‘enhanced conditionalities’? Are “eco-scheme” practices going to make a difference to the socio-ecological crisis of food systems? What does a long-term vision for rural areas mean concretely now when it comes to design and approve rural-proofed CAP Strategic Plans? Has the Common Market Organisation been aligned to the various Green Deal initiatives and concerns about unfair trade practices within the EU and with third countries’ producers?

This report is a one-stop shop, a collection of all relevant analyses that ARC2020 and friends have written along this long 2021 year of negotiations and consultations at European and national levels. The individual articles zoom into various details, such as the protection of third-countries quality schemes in the EU single market, or the policy enforcement of the Commission’s recommendations to the Member States’ CAP Strategic Plans.

Lost in Details is also a reminder about those small but important amendments that have been introduced and adopted precisely where the CAP reform was expected to make a difference – and where, by and large, CAP failed to deliver. Details can serve to drive large-scale changes but can also denature the original purpose of a reform. They will continue to multiply now that the reform needs to be translated into 28 National CAP Strategic Plans.

Download the report and access the rest of the introduction, which includes  previously unpublished, exclusive new analysis on how one GAEC – Good Agricultural and Environmental Condition  – on crop rotations has fared through the process, and  how capping – i.e. putting a ceiling, or upper limit on – payments has fared throughout the CAP process from initial communication to today. 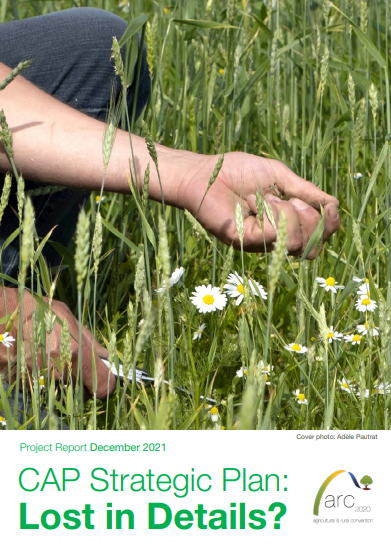 Errors of a previous administration, a billion euro dispute between France and the Commission, even bigger borrowing on the international markets, late payments to farmers – its a financial cap-tastrophe in France. Peter Crosskey untangles the mess. […]

As Brexit negotiations open, a report makes for worrying reading on the implications for food and farming. Interconnected problematic situations await the UK, yet there seems to be precious little of agri-food planning being done. Food Brexit: Time to Get Real Finds. […]