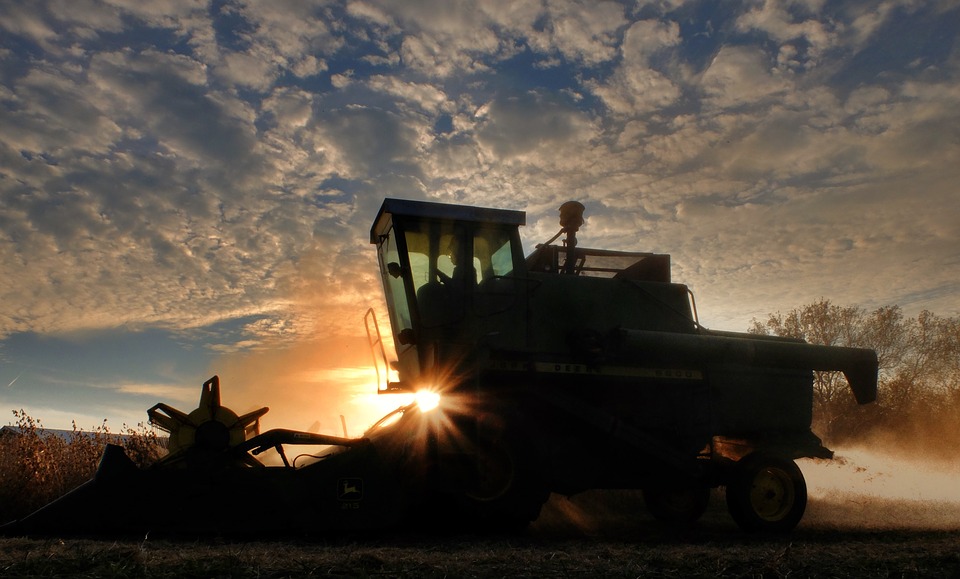 Jason Davidson Friends of the Earth (US)

Digital agriculture, broadly defined as the use of mass amounts of data to influence decision-making on farms, has incredible potential to make farms more economically and ecologically sustainable.  However, it also poses risks to the privacy, profitability and independence of farmers.

This emerging industry is rapidly growing. Already, the same four mega-corporations that dominate the seed and pesticide industries (Bayer-Monsanto, DowDuPont, Syngenta-ChemChina and BASF) are moving to gain control of digital agriculture and outpace the growth of competitors.

The rise of digital agriculture can further foreclose paths for farmer innovation, serve as a powerful gatekeeper of farmer information and transform farmers from independent business operators to captured users. For example, digital agriculture services can provide exact prescriptions for seed planting and pesticide use. With corporate control over these algorithms, companies can tell farmers exactly where and how to treat their land. That same company has an incentive to direct farmers to use seeds and pesticides that they manufacture.

For example, BASF’s Grow Smart Rewards program offers cash back when farmers use its digital agriculture platform and buy certain pesticides manufactured by the company instead of competitors’ products.

Additionally, digital agriculture platforms are enabling major agribusiness corporations to gain access to tremendous amounts of farm data. Farmers own all of the individual data produced from their farm. The digital agriculture company owns all of the data aggregated from multiple farmers to recommend decisions. This is especially important when considering data portability.

In order to have complete control over their data, farmers must be able to transfer it to a different platform while deleting it from the old platform. While a farmer provides data through Climate FieldView to Bayer-Monsanto, they also receive recommendations based on a collection of data from other farms. In other words, the farmers’ collective data benefits all who have “invested” data into the platform.

However, Climate FieldView’s privacy policy shows a farmer can only delete data that isn’t currently being aggregated with other farmers’ data.

Five neighboring farmers all growing the same crops could submit soil moisture measurements to a digital platform. The platform may view their measurements, compare them to yields, then offer all five farmers specific irrigation plans. All farmers would benefit from their contributions. Yet if one of those farmers became dissatisfied and decided to change platforms, the farmer cannot delete their soil moisture data from the database.

On the surface, this may not matter. But now, that farmer’s neighbors are benefitting from his or her data. The neighbors might have a competitive advantage, while the farmer who left receives no compensation for their competitor’s gain.

These data practices are anticompetitive: they allow a few dominant platforms to grow their databases and profit from farmers’ data while offering nothing in return for the farmers that leave the platform. In order to be truly competitive, digital agriculture needs to allow farmers to freely remove data and transfer it to a new platform, or delete it entirely.

Especially with a robust startup culture in the technology sector, there should theoretically be room for smaller companies to find their niche and offer their own digital agriculture platforms that give farmers more choices. These theoretical platforms would lack the conflict of interest inherent in the platforms of the Big Four companies who can use digital agriculture to push sales of their own products. However, In order to limit competitors from entering this market, the Big Four are utilizing a number of tactics, some of which are unique to the agriculture industry.

In 2017, Monsanto announced that it surpassed its goal of having Climate FieldView on 25 million acres and reached 35 million acres instead. Agriculture retailer incentives drive much of this growth.

Prior to the completion of the Bayer-Monsanto merger, a CoBank report predicted that the largest impact of the current wave of mergers (Bayer-Monsanto, DowDupont and Syngenta-ChemChina) would be on rebate programs. These programs have become extremely important for retailers, who are required to sell a certain amount of a given product in order to receive cash back. The now-completed mega-mergers will primarily affect rebates in two ways.

First, larger companies have the power and capacity to push for higher sale volumes, which will increase the number of units retailers are required to sell to receive a rebate. Second, these new mega-corporations have more complicated portfolios than ever before.

Digital agriculture is one important piece of the new, complicated platforms and portfolios. In January, CropLife magazine reported that Monsanto was significantly increasing the rebate requirements for Climate FieldView. The author, Paul Schrimpf, speculated that it could be beneficial for some retailers to simply give Climate FieldView to farmers for free, just to reach the rebate requirements.

This control over retailer practices allows companies like Bayer-Monsanto to mass-distribute its digital agriculture platform — to the detriment of smaller, independent companies without a network of retailers profiting off of rebates.

Immense control over retailers has not been enough to stymie tech startups wanting to provide their own individual digital agriculture tools.

Many farmers use Climate FieldView for one or two very specific features. Therefore, there is certainly a market for startups to provide very specialized products that may be cheaper than a large platform and only offer what a farmer may find useful.

In 2016, Monsanto recognized this trend and decided to invest in the Microsoft playbook from the 1990s. Hence, the modern Climate FieldView platform was born.

Similar to how Microsoft turned Windows into a one-stop shop for computing needs, Monsanto expressed the desire to build a “centralized and open data platform.” In this platform, Climate FieldView acts as a sort of “App Store” for agriculture. Startups place their digital agriculture products within the Climate FieldView program for users to choose which ones they like. The startups gain increased access to customers while Bayer-Monsanto gets a share of the profit and access to all of the data.

Climate FieldView is the ultimate power play in a still-forming industry. Since the platform is rapidly growing, it has become a gatekeeper for other digital agriculture products. As a gatekeeper, Bayer-Monsanto gets to pick winners and losers, influencing the path the entire industry will follow.

The Big Four have almost complete control over conventional agriculture across the globe, and these corporations will increase dominance through digital agriculture. These aggressive practices and the potentially disastrous consequences are concerning for small family farmers. Digital farming only addresses the needs of industrial scale farmers and could be used to further lock farmers into a system of chemically intensive agriculture, where they are forced to use the seeds and chemicals the companies manufacture.

This agricultural technology could be a force for good, but it is already on pace to become as anticompetitive as the rest of the agriculture industry and simply another tool for corporate control over farmers — and our food system. It is important that we question how this technology will affect the future of farming and farm labor. Digital agriculture shifts farmer data ownership to mega-corporations so that these corporations can micromanage large sectors of farmland and limit farmer choice and competition — all for the benefit of their bottom lines.

To address this, policy must catch up to this emerging technology and offer farmers control over their data rather than leaving the issue to individual corporations to decide. In the meantime, farmers interested in utilizing data analysis can look to platforms provided by companies not manufacturing seeds and pesticides to ensure they receive unbiased advice.

The digital agriculture revolution does not have to follow the patterns of the past. Farmers’ access to their own farm data must be protected to ensure it can be used to bolster the economic and environmental sustainability of agriculture. Digital agriculture must bolster farmer independence rather than increase corporate control over farmers and our food system.

For more information regarding digital agriculture, see Friends of the Earth (US) full report, Bayer-Monsanto Merger: Big Data, Big Agriculture, Big Problems. The report details the myriad ways in which digital agriculture has the potential for gross corporate abuse of farmer data and how the combination of seeds, chemicals and data into combined platforms will increase corporate control.

More on the #agtechtakeback series 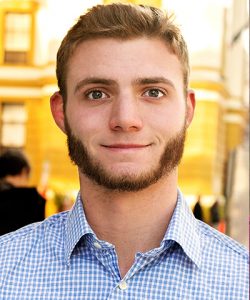 Prior to Friends of the Earth, he interned at Climate Reality Project and served as a research assistant in the Geography Department at George Washington University.

He holds a B.A. in Geography with a minor in Geographic Information Systems and American Studies from George Washington University.

The European Commission recently identified precision farming as a possible agricultural practice that eco-schemes could support in the post-2022 Common Agricultural Policy. In this analysis Dr Andrea Beste examines the potential of precision farming to provide environmental services for climate and species protection. […]