Environmentally harmful subsidies should be named and phased out by 2020, according to a European Parliament resolution to preserve and restore damaged ecosystems. The vote took place during the Strasbourg plenary session on Friday. 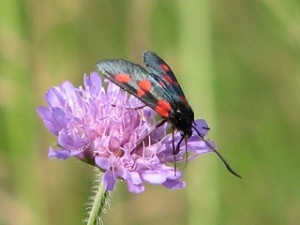 The resolution recommends environmental coherence in reforming existing EU-level policies: “The real key to this issue is not this new strategy, but rather, the forthcoming reforms of the common agricultural and fisheries policies and the multiannual financial framework (MFF).”

MEPS note that CAP environment protection measures: “…have so far failed to halt the overall decline of biodiversity.” The parliamentarians argue that CAP payments, including those made from 2014, should “…be underpinned by robust cross-compliance rules which contribute to the preservation of biodiversity and ecosystem services,” covering legislation on birds and habitats, water, pesticides and biocides.

Shortcomings in the current European economy mean that the CAP should pay farmers working for providing public services, because: “…the market currently fails to integrate the economic value of the important public goods which agriculture can deliver.”

However, the next phase of the CAP will require payments to be: “…underpinned by robust cross-compliance rules which contribute to the preservation of biodiversity and ecosystem services,” the resolution said, setting a target date for this. “All existing environmentally harmful subsidies should be identified, and phased out by 2020.”

A critical new book released today (24th September) by United Nations’ World Agriculture Report (IAASTD) members calls for an accelerated transformation of our food systems. The authors, including ARC2020’s Benny Haerlin, point to the need for a paradigm shift in the perception of the global food system, incorporating agroecology. Here we feature an op-ed by Katharine Earley.   […]

When we change how land is used, it doesn’t just impact on this one area. Italian trio Riccardo Scalenghe, Francesco Malucelli and Mario Catizzone examine soil matters in the Emilia-Romagna Plain, Italy, and help us understand what is truly lost when we loose soil without thinking about all the impacts. […]