The Yorkshire Dales is an upland area of Yorkshire, Northern England. Agriculture has been an integral part of the area’s culture and economy for thousands of years, and has profoundly shaped the land. Dry-stone walls stretch across meadows, and traditional hay barns stand isolated, dotting the landscape. In keeping with previous centuries, a hill farm agricultural system is upheld here, with sheep as the primary livestock, although many have diversified into mixed beef systems, and dairy operations in the lower valleys. How has CAP – and its changes over time  – impacted on this place and its people?

Throughout the UK, the Common Agricultural Policy (CAP) has played an essential role, promoting sustainable practices and rural development, and unsurprisingly, alterations to CAP legislation in recent decades has dramatically impacted the farming community of the Yorkshire Dales. There has been little research investigating the influences of shifting policy options on localised farming communities in the UK. Yet, these impacts serve as important lessons for determining the consequences of a changing policy environment for the future of UK agriculture. To address this knowledge gap, a study was carried out by Dr. Stephen Whitfield and Aron Marshall, and a paper recently published in the International Journal of Agricultural Sustainability, which presents and analyses ethnographic interviews with 26 hill farmers of the Yorkshire Dales.

Policy reforms during the 1980s, and the MacSharry reforms of the CAP in 1992, focused on curbing over-production and environmental degradation, as well as liberalising the agricultural sector for international trade. Yet, exposure of the UK agriculture sector to a wider international market has had its consequences; with acute price fluctuations, in particular with farm gate milk prices. Many of the farmers interviewed had had dairy operations in the past, and cited low milk prices as the main reason for changing their production techniques, such as dairy to beef.

“Dairies weren’t paying out as well, with milk prices falling, and for the labour you put in, you didn’t feel as though you were paid”

Overall, it was found that a market liberalisation had the potential to stimulate innovation and increase efficiency of production, but held challenges for producers with less capacity to invest, such as small family-run farms.

In the early 2000s, the policy environment of the UK agricultural sector underwent deep-seated reform, with the Agenda 2000 report and subsequent ‘decoupling’ of subsidies from production to land-based, along with introduction of the Single Farm Payment through the Fischler Reforms of 2003. Regardless of farm size, all farmers interviewed reported a widespread destocking over this time, and this was considerably amplified by the Foot and Mouth epidemic of 2001, which for some of the farmers interviewed culminated in a total loss of livestock.

Furthermore, this change in subsidy structure presented a new plethora of financial benefits and challenges depending on a farmer’s context. Of the farmers interviewed, those who ran extensive enterprises welcomed the reforms; with larger land areas, they received more income through subsidies simply by maintaining their land in good agricultural and environmental condition. However, for the more intensive farmers, with larger numbers of livestock on smaller farms, and for farmers that relied on wintering their stock on land owned by others, these reforms resulted in a huge loss in income. Under increased financial pressure, many farmers alternated their farming methods, such as contracting and land leasing:

“It was a big decision [to begin leasing land] but it’s a terrible feeling when you realise that the more stock you keep, the more money you lose.”

The UK Environmental Stewardship Schemes incentivise farmers to engage in best environmental practices, such as managing hedgerows. The pursuit of stewardship has portrayed an innovative ability of many farmers to adapt to the current policy environment, utilising available land and changing their practices, such as producing hay instead of silage, discontinuing fertiliser use and leaving more land for set-aside, in some cases going beyond the funding requirements:

“I do more than what is required, firstly, because I think that in the event, which is going to happen, of these [stewardship] schemes becoming more competitive, I want to have a resource that is attractive, secondly because it is something that I find interesting and, thirdly, because I am a small farm and I have to do something different  …  it might not be politically valued at the moment, but five years down the line the politics might change.”

Conversely, some farmers expressed frustration and mistrust in the schemes, citing bureaucracy, complexity and the unpredictable propensity for change as reasons. Others maintain that Higher Level Stewardship was too restrictive and that the subsidy offered was not a large enough incentive for keeping to the environmental regulations required.

Using a local context to investigate the impact of broader agricultural policy reform in recent decades provides useful lessons on how and why international policies should be tailored to involve local sustainability objectives, and this is especially relevant in light of the tremulous agricultural policy environment faced in a post-Brexit UK. Yet, it also serves to highlight the innovative ability of rural stakeholders to adapt to challenges, as well as the in-depth knowledge of their lands. Thus, local knowledge from multiple perspectives remains an invaluable tool in the pursuit of effective and balanced rural and agricultural development, and should not be overlooked by policy makers. 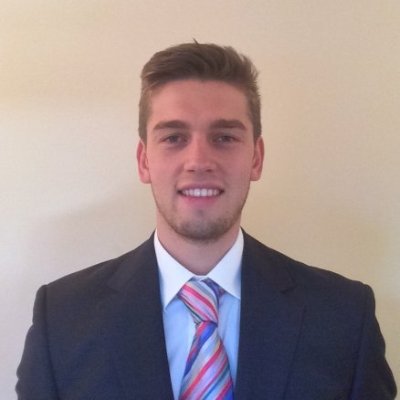 No offline plan B for UK CAP payments in 2015

Digital all the way for UK CAP apps, yet in some regions, 22% of rural areas have no reliable broadband access. Peter Crosskey investigates. […]

How do farms pass on between the generations in a way that respects the needs of older and younger people? Share Conway and colleagues argue for an approach that allows older farmers to maintain and sustain normal day to day activity and behaviour on their farms in later life, whilst also ‘releasing the reins’ to allow for the necessary delegation of managerial responsibilities and ownership of the family farm to their successors. […]