“It’s not the European dream; – it’s the economic and political nightmare that makes young people jump into the Mediterranean Sea”

Sanaa Moussalim is civil servant of the ministry of agriculture of Morocco, currently working on external service for the Driss Benzekri Foundation for Human Rights and Democracy. She is also secretary general of REMADEL, the civil society network of local rural development initiatives in the Maghreb countries Tunisia, Algeria, Morocco and Mauretania

Hannes Lorenzen (HL): Have EU policy makers understood what is going on in the Southern Mediterranean region?

Sanaa Moussalim (SM): I doubt it. The so-called “Arab spring” was in fact the illusion of the “West”, – that democracy is automatically following a revolution against dictatorship. There is no such magic stick for transition. It goes back and forth and it takes time. You cannot jump a few steps to reach “instant democracy”. And by the way – there is not just one form of democracy. There are many. We are right now in a process of discovering our future – with an open end.

HL: The Maghreb region – with the exception of Libya – seems to be moving on in this process. Are civil society movements getting stronger?

SM: Our countries might look the same from outside – but we are coming from very different histories and angles. Tunisia now has a very lively civil society with much public debate since the revolution, but the economic situation is still very weak. In Algeria things seem to move much slower. Morocco tries something in between with our constitutional monarchy. There is much trial and error. Egypt is back to a military regime. And Egyptian society with its young and old generation hasn’t quite found its way out of the crisis.

HL: The food crisis of 2008 and youth unemployment have triggered the political earthquakes in the region. Is there something done to achieve at least more food security and more jobs for young people?

SM: In the entire region, food security is unfortunately not at all improved. We are still very dependent on food imports and exposed to the increasing volatility of food prices. Our youth still leaves the rural areas because climate change makes farming and life there increasingly difficult. These young people turn into a jobless urban population without any perspective. Even our exports, mainly of agricultural origin face a fierce and unfair competition, as the EU is still directly or indirectly subsidizing their exports. 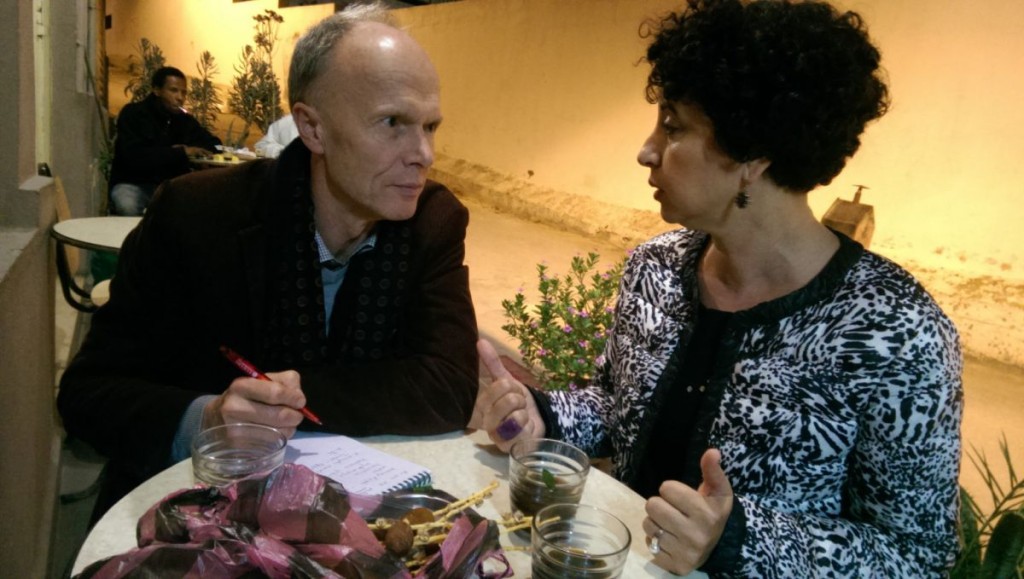 HL: What could or should the EU do to help?

SM: It should stop undermining our food security with their subsidized exports and lift the many barriers for our exports, as we are unfortunately still very dependent on these exports for development. Dignity and democracy is based on economic stability. Our rural economies are widely ignored and under-financed. If the EU would focus its help more specifically on our rural areas and small farmers that would increase our productivity, food security and resilience. Our specific local products must become the motor of rural development – that would make a difference. Also cooperation in the field of education, training and culture is important so that young people can get out of the downward spiral of ignorance, frustration and occult confusion…

HL: With growing numbers of refugees and immigrants and an ever more protective EU immigration policy, the Mediterranean Sea has become a tragic border of non-communication between North and South. Some EU countries now start to selectively accept immigration of well-educated young people. Is that a solution?

SM: Individually it might be – but it is a loss for our societies. And to be honest: it’s not the “European dream” that makes our young people jump into the Mediterranean Sea. It is the economic and political nightmare they live in. If they would see a future at home, I am confident they would stay here.

HL: You are secretary general of REMADEL, the Maghreb network of the rural civil society. What is your role in achieving economic stability in the region?

SM: We encourage people in our villages to make best use of what we have: our local resources and products; our traditional knowledge and sense for intelligent and affordable innovation. There are many simple and efficient solutions at hand, especially on the local level. We saw that when our state withdrew from supporting us in the 1980s. Many NGOs then decided to take care of building the roads and schools and organized themselves. In a second step our organisations then launched integrated economic and territorial projects which created jobs. We have shared this experience with local projects in our neighbor countries. We must learn from each other how to take our own destiny into our hands. Just recently we have met with the rural movement network PREPARE from the new EU member states and Eastern European countries. They seem to have similar problems and solutions. I believe our role is to share good solutions and experiences on the local rural level so that food security and job creation become our business and our own future.

The beginning of a Trump administration marks a pro-corporate, climate-change-denying, racist, sexist, anti-LGBTQ and xenophobic agenda. Farmers and rural communities are facing huge problems including collapsing agricultural prices and enduring direct impacts of climate change. Our partner organisation IATP in the USA share their thoughts. […]