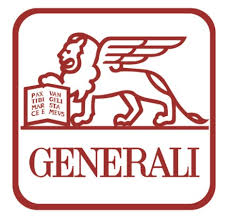 Gruppo Assicurazioni Generali, the well-known Italian insurance company, is doing justice to its logo, a winged lion. A skilful marauder through its agricultural branch Genagricola, it is acquiring and controlling farmland in Romania since 2001. The company´s Sustainability Reports express a desire “to gain standing on international markets with strong development potential”… “especially the emerging markets of Central and Eastern Europe”.

Standing has more than one meaning: reputation, duration (nouns) static, permanent (adjectives) and all have an eerie aptness when it comes to the figurative return of the Roman empire, via one of its generals, to Romania. And with almost 5000 hectares in western Romania, a lot of land has been stood upon.

Land grabbing is a global issue. As many organizations such as Gaia Foundation and Via Campesina remind us, it also occurs within European borders. New European Members States are nowadays a hotspot for big land acquisitions. Several factors converge in these regions to make land grabbing appealing and feasible. These include good and productive soils on cheap land. In this context “Romania is the European country with the highest percentage of land controlled by foreign companies”, reports Re: Common.

Among them, Italian companies are highly representative of investors, owning 220.000 hectares of Romanian farmland. As such, Generali appears again and again in the list of the biggest Italian investors in the country´s agricultural sector. Appealing to the times of the Roman Empire, Generali´s intentions are “justified”: we are resuming land investments in Romanian territory, not initiating them. But what is the underlying rational for an insurance company to invest on farmland in Romania? 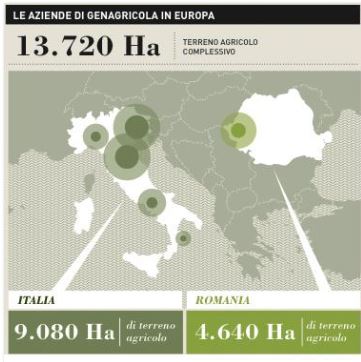 It is currently being claimed that the pension funds industry (one among several Generali´s services) is investing in agriculture beyond its domestic markets. “These companies are responsible for safeguarding and “growing” people’s pensions”, says an article by GRAIN: “they see long-term pay-offs from the rising value of farmland and the cash flow that will in the meantime come from crop sales, dairy herds or meat production.”

Agricultural land acquisitions seem to be an emerging profit tool, moving huge amounts of money worldwide. The agricultural holding of Generali, Genagricola, was founded in 1974, and today comprises 24 different agricultural enterprises accounting for more than 14,000 hectares of land in Italy and Romania. In 2013, Genagricola recorded sales of €50 million deriving 60% from traditional agricultural production and energy generated from its two biomass power stations. The remaining  40% was raised from wine production, with over 4 million bottles distributed mainly in Italy and in over 30 countries throughout the world.

In 2001 the company´s agribusiness saw an opportunity in Romania, and because the Romanian moratorium on land did not allow foreign companies to buy land in the country, Genagricola had to establish a Romanian subsidiary, S.C Genagricola Romania S.R.L., in December 2001. The purchasing of land started in 2002. The price of the land increased from 800€/hectare to 1200€/hectare in the same year. Although this might not seem a high price compared to the cost of the land in other Western European countries, it is a noticeable increase, keeping trends escalating by Romanian standards, thereby hindering local access to land.

In 2003 the company´s intention was to buy a total of 5,500 hectares of land in the country. By 2009, 4.500 hectares had been purchased in Sannicolau Mare (Timis county), to which the company added 350 hectares in Pancota (Arad county); both properties were state owned farms during communism.

Nowadays, Genagricola has amassed  almost 5.000 hectares of farmland in Romania. Wheat, maize, sunflower, soya and wine are being cultivated, stored, processed and commercialized by this company. Vertical and horizontal integration is emerging too, with domestic businesses such as S.C. Aqua Mures and S.C. La Quercia S.r.l. absorbed by Genagricola Romania, and others such as Vignadoro S.r.l. (in Pancota) wholly under its control.

4.500 hectares of cash crops in Sannicolau Mare and 350 hectares of vineyards in Minis-Maderat were promoted positively with a video and book called The Presence of Genagricola in Romania . This aimed to demonstrate that their agricultural investments in the country were made to “increase the value of the territory and not for a speculative purpose”. The story of how “wastelands” would be put into production for everybody´s benefit is old and popular. Nowadays Generali is using it to set up large agricultural acquisitions in Romania. However, rather than achieving what it promises, it has revealed itself more as a strategy from and for the benefit of the big guy and not for the local populations. The employment achieved with this grabbing of the 5000? 62 jobs for Romanians.

So while distant customers benefit, locals are priced out of making a living. In an era where colonialism is supposedly a distant thing, Generali presents itself as the imperial eagle and land grabbing (re)appears. This phenomenon needs to be questioned further and placed within wider and global analysis. It is not as simple as: Genagricola is giving value to an abandoned farmland. Value for whom and at the expense of what?

From Arc2020 on land grabbing

From Attila Szocs (of Eco Ruralis)

Since he first set foot in Vachères-en-Quint in La Drôme, France, almost half a century ago, Sjoerd Wartena has followed in the footsteps of the older generation, who taught him how to farm and raise animals in these austere uplands. Still fascinated by the ways of our predecessors, he has taken to tracing the remnants of farming practices indigenous to the area. Here he reflects on what we can learn from past generations and their ability to adapt to harsh conditions. […]

Cooperatives: do they still exist in Romania?

After Communism, there has been an understandable suspicion of co-ops in Romania. Nevertheless, there are some, and farmers are benefiting. […]