The European Parliament has confirmed that a delegation will be leaving Brussels on Monday morning to attend the Agriculture Council meeting in Luxembourg taking place from 24 – 26 June. The Council meeting, the last to be held under the Irish Presidency, will see farm ministers from all Member States hold three days of talks as they attempt to reach a common Council position on CAP. 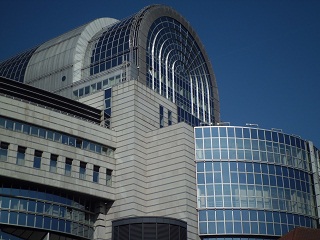 In an announcement made by the European Parliament yesterday, it was confirmed that four trilogues, one for each regulation, are scheduled to take place in the afternoon of June 24. Parliament negotiators will return to Brussels that evening.

Once again, Chair of the Agriculture committee Paolo De Castro urged institutions not to rush into a decision:

“…it must be clear that we will not accept whatever Council or Commission put on the table just for sake of having the negotiations finalised during the next week. The quality of the reform is much more important than the speed”, he said.

Elsewhere, in a live debate between  EU Commissionor for Agriculture, Dacian Cioloş and Paolo de Castro, hosted by viEUws on June 20th, it seemed the Commission is keen to secure a deal. Stating that his objective for next week was to reach a deal, the Commissioner added:

On returning to Brussels, political groups will discuss political deal on Tuesday 25th, with an extraordinary meeting of COMAGRI taking place on June 26th.

You can watch the whole viEUws debate: CAP debate: Deal or No Deal? below:

As the CAP ‘Super Trilogue’ gets underway, the Commission’s Long Term Vision for Rural Areas (LTVRA) process culminates in a week-long conference hosted by the European Network for Rural Development. We at ARC are adamant that CAP reform and the Rural Vision process should not have been kept apart. […]

Written By:  Derek Freitas, Food Chains Campaign Coordinator for Eco Ruralis   General Context The word “peasant” is used in all sorts of ways to mean different things by many groups of people across the world. It is indeed very hard to define. This is particularly problematic due to the fact that the majority of decision-makers related to establishing agricultural policy at the national, EU and global levels don’t have an accepted reference point for understanding one another in a basic sense. Often, the only time when self-ascribed “peasants” feel that they are accurately portrayed is when they explain what that word means to them. But, again, even they disagree based on cultural, historical, geographical and individual differences.   Global Context The international peasant movement, La Via Campesina, calls for an International Convention on the Rights of Peasants and states the following in Article I of its own “Declaration on the Rights of Peasants – Women and Men”: “A peasant is a man or woman of the land, who has a direct and special relationship […]