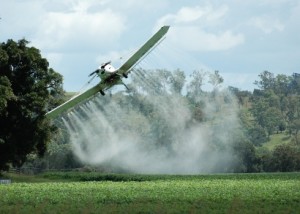 The German government has argued against a proposal made the Green Party (Bündnis ’90/Die Grünen) to suspend the controversial use of Glyphosphate.

An reassessment into the use of the active ingredient in pesticides is currently being conducted at the EU level, with an expected contribution from Germany (as a rapporteur country) to be submitted to the European Food Safety authority (EFSA). On the basis of a report from EFSA, the Commission will propose the approval or non approval of the drug.

In the ongoing debate surrounding the use of Glyphosphate in pesticides, opinion remains divided. While some argue that it is an essential ingredient for plant protection products, there is also growing evidence to suggest it poses considerable risks to human health and the environment. Political opinion also differs.  A report published toady on the German agricultural news site – Agrarheute.com outlines the alternative standpoints of the different parties in Germany:

The agricultural policy spokesman of the CDU/CSU, Franz-Josef Holzkamp, and the rapporteur responsible Alois Gerig described the demand of the Greens as unfounded. They argue there is currently no scientific evidence which would justify a suspension of the license.

Similar sentiments were expressed FDP agricultural spokeswoman Dr. Christel Happach-Kasan. It stated that the active ingredients in modern pesticides such as glyphosate are safe for humans and the environment when properly used. The FDP politician accused the Greens of dubious scare tactics

In contrast, Harald Ebner, Green Party Spokesperson for agro-biotechnology, stated that the attitude of the CDU and FDP reflects an “expression of lobbying and political patronage.” They expressed a greater need to evaluate the associated risks. In particular, the sale to home gardeners in garden centers and hardware stores should be stopped immediately.