During a press conference held on 17th of April, the Italian Council for Research and Experimentation in Agriculture (CRA) presented the results of an important research project regarding the mechanisms that cause the death of bee colonies. 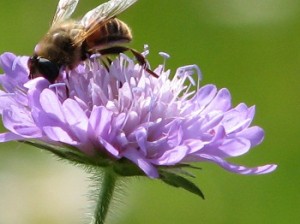 Mortality of Italian hives represents a serious ecological and economic threat. It is estimated that, via pollination, bees supports the life of 84% of plants. As 75% of plants are linked to food, they also indirectly support two billion euros worth of businesses. It is therefore vital to understand the causes and effects of their decline.

The CRA , funded by the Italian Ministry of Agriculture and Forestry, carried out a study entitled “Apenet: monitoring and research in apiculture“. This research used an innovative methodology, based on the creation of a national monitoring network, consisting in 28 biological units, for a total of 1,350 hives. The analysis of data, collected through “live” monitoring of hives, allowed a systematic investigation of the evolution and geographical distribution of known diseases, and of the onset of new ones related to the presence of pesticide residues.

Director of CRA-Api, Marco Lodesani, said “Collected data has shown that several stress factors, interfering with the immune system of bees may indirectly facilitate viral explosion that can rapidly lead to the death of bee colonies. Such a model may allow the interpretation of a series of phenomena connected with the health of bees and thus, indirectly, with honey production and, in general, with agricultural production. This highlights the need to review the entire agricultural system.”

The study can be downloaded from here. 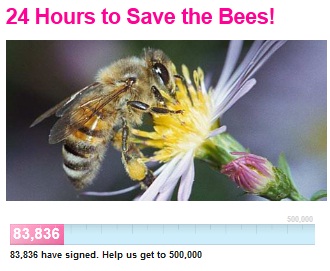 Elsewhere in Europe, the campaigning organisation Avaaz is calling for urgent action to prevent Bayer from selling one group of pesticides. They want to reach 500, 000 signatures in the next 24 hours. TAKE ACTION NOW!

The European Commission has postponed a vote on a 15-year reauthorisation of the substance Glyphosate, following important concerns from EU Member States and environmental organisations. This article looks at what’s next in the Glyphosate debate, before reviewing the most contentious issues surrounding this topic. […]