Saturday Dec 10th will be a decisive day for the SUR pesticide legislation reform. A formal request for another impact assessment will be blocked or adopted further delaying the important legislation. Ashley Parsons reports. 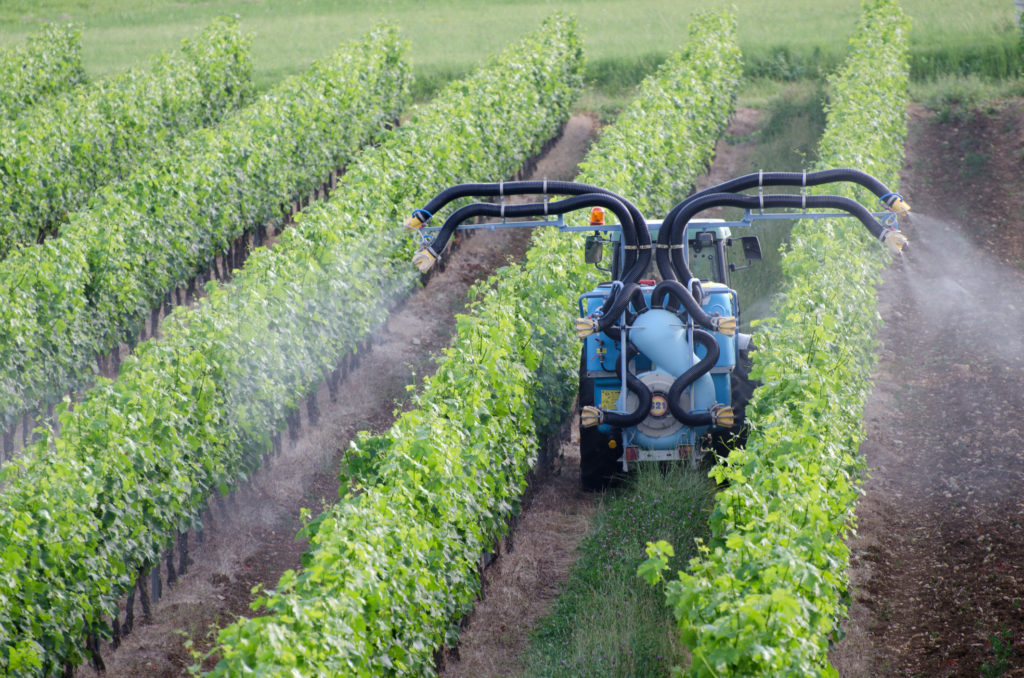 EU Agri ministers, and their supports in the European Parliament, have been delaying and essentially blocking crucial pesticide legislation – one of the first key parts of legislation to come via the Green Deal. Most recently opposing ministers have called for an additional impact assessment on the SUR – Sustainable Use of Pesticides Regulation.  This de facto stalling mechanism is the preferred route for a number of national Ministers and centre right MEPs, and comes despite the concessions made in the non-paper released by the Commission addressing concerns. In the coming days, political action may define what is possible and realistic for the Regulation.

Next Step – a request for Further Impact Assessments

The draft proposal will not likely be ready for a formal vote at the AGRIFISH meeting of 11 and 12 December, so ministers have delegated the decision to a vote by representatives meeting on Saturday December 10, according to GLOBAL 2000 sources. The decision will be added to a later council meeting as an A-point, adopted at the end of the meeting without discussion, perhaps on 19 December.

(More  information on  the next Council meeting)

If adopted, the formal request (leaked version here) for an additional impact assessment would be submitted, which many are concerned will significantly delay and also possibly derail the regulation’s momentum. The unusually rushed process is being pushed by the Czech EU presidency, which wants to conclude the matter before its term expires in the New Year. Reports say that during the additional impact assessment, national capitals will continue the legislative process of amending and adopting SUR. Those new estimates in the impact assessment would be used to clarify how the reduction measures would impact EU yields and food security, as well as livestock feed.

Ahead of this Saturday meeting, pressure from NGOs and some MEPs has been building. Rapporteurs MEP Sarah Wiener and MEP Claude Gruffat hosted a morning press conference on Wednesday Dec 7th strongly encouraging ministers not to request another impact assessment of the proposed SUR pesticide reduction legislation.

Sarah Wiener opened by emphasising that a long-term thinking strategy is needed to achieve the goals of the Farm to Fork agreement, “and therefore we cannot decide that we will give up on pesticides overnight.” She reiterated that the SUR legislation is in line with the targets set out by the Green Deal, and accused the member states requesting the additional impact assessment on the basis of food security as using “a tactic which in our opinion indicates that there is no willingness to reduce pesticides.”

Continuing into more technical details, Claude Gruffat stated “today, 70% of the budget for a CAP goes towards agriculture using pesticides without asking questions. What we need to do is to practically adjust the CAP budget to this need for reduction of pesticides.”

Speaking of the block of the regulation by member states Gruffat said, “Democracy is being trodden upon because what’s happening is that we’re trying not to reach an objective in this legislature. The Farm to Fork strategy has been voted by a very broad majority of the Parliament.”

Since the drafts of this law emerged in spring, a block of eight countries have consistently voted for addition impact assessments of the SUR (Slovakia, Romania, Poland, Latvia, Hungary, Estonia, Bulgaria and Austria). Eight countries have consistently voted against additional impact assessments (Sweden, Netherlands, France, Spain, Denmark, Germany, Cyprus and Belgium) and ten countries (Croatia, Portugal, Luxembourg, Ireland, Greece, Slovenia, Italy, Finland, Lithuania, and Malta) remain up in the air. But at last count, PT, LU, IE, GR, and SI began wavering their support, leaning towards a request for an additional impact assessment.

Paralysis by Analysis – A Good Tactic to Kill Legislation

NGOs and the third sector are also calling on the Commission to honor the legislation. A Tuesday meeting hosted by IFOAM Organics called on ministers to continue working constructively on the SUR, rather than pushing it back into impact assessment purgatory.

In a statement at the press conference Jan Plagge, President of IFOAM Organics Europe, said: “More than three hundred thousand organic farmers across Europe prove every day that farming models like organic and other agroecological practices, that do not use synthetic fertilisers and pesticides, can contribute to the preservation of biodiversity and at the same time provide healthy food in best quality and sufficient quantity. IFOAM Organics Europe therefore calls on all Member States to continue working constructively on the SUR.”

And Dr Helmut Burtscher-Schaden, GLOBAL 2000 chemicals expert, and co-initiator of the European Citizens’ Initiative Save Bees and Farmers, honed in the on the issue: “Some ministers are using ‘paralysis by analysis’ to try and kill this bold pesticide plan. They point to the Ukraine food crisis as justification, but their opposition fits a pattern of protecting big agri interests that stretches back nearly two decades. This is extremely short-sighted. A majority seem to have lined up on the wrong side of the argument, but there could still be changes, so the vote outcome is still not certain.”

The Easy Way Out

SUR is an important step in the right direction for protecting human health and the environment from the harmful effects of pesticides. Gruffat said in the press briefing that the SUR legislation “is an important opportunity, we can’t miss out on it to reduce pesticides and the poisoning of soils (….)human health depends on this decision.”

The additional impact assessment requested by the Commission claims to seek an understanding of the potential consequences of the reform on Member States. But the assessment already carried out considers the impact on prices, availability, innovation, and other factors. It considers the potential impacts on sustainable agriculture, biodiversity, and consumer health. An additional impact assessment would significantly delay the SUR, and therefore delay important action in reaching Farm to Fork goals and protecting European biodiversity.

And who knows what other delaying tactics will emerge in 2023? This months delay allows time for other occurrences to also delay the regulation still further, though the Commission insists it will continue to work on its calculations, while the member states are ostensibly adopting SUR too.

Gruffat stated that, “The Council says that agriculture without chemical products will cause a lot of problems, lack of health, safety for the European Union whilst we know very well that the problem is not so much the quantity of food, but the functioning of the market that really does condition the distribution of food.”

For the Czech EU presidency, pushing an additional impact assessment is a neat and tidy easy way out of the subject before its term expires. But more broadly, this push for further impact assessment seems more like a cop out tactic from politicians influenced by big agri: if the Commission pushes a second impact assessment, they are acting in the interests of the industry, not farmers, biodiversity or European citizens in the long term.

This is an early attempt to bring the broad brushstrokes of the EU Green Deal into the practical work of the Parliament and Council. Is this then an example of how ministers and their kindred MEPs will deal with the details? Will they continue to agree on nice sounding generalities but keep putting off actually doing something real to address the dysfunctions in our agr-food system? To keep asking for impact assessments – as if we cannot see a plethora of negative impacts with the current approach to agri-food? If so, this does not bode well for efforts at environmental law making more generally.

The Three Most Important Human Health Implications of Organic Food

“Cadmium exposure, pesticide residues and antibiotic-resistant bacteria all result in costs to society that are not typically included in the price of the fertiliser, plant protection product, or antibiotic drug. Although difficult to estimate accurately, these costs may be substantial and represent negative production externalities.” […]

Protest, Pesticides and the Parliament – European news round up

Citizens voices are making noise in early 2023: Jan 21, in Berlin 10,000 turn up to march for a green, social agricultural future. And on Jan 19th, the EU Court of Justice announced the end of exceptions on the use of bee-killing neonicotinoids. Will the momentum spill over into the January 24th hearing at the EU Parliament? The Save Bees and Farmers citizens initiative will be presented and Members EU Commission Reps invited to exchange. […]