Ahead of the UK’s EU referendum on June 23, citizens are being pulled in different directions by increasingly strident but partisan campaign groups. In a bid to bring some facts to a heated discussion that has yet to cover food production, Food Research Collaboration academics Dr Victoria Schoen and Professor Tim Lang have released a briefing paper  to inform discussions of the food issues that membership of the EU raises for UK citizens. 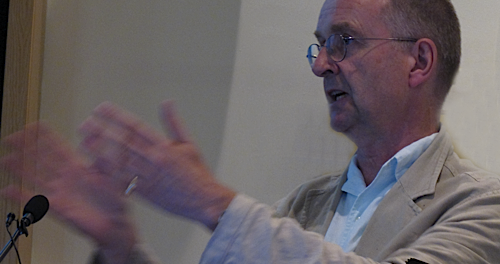 For an island that produces less than 60% of its own food, Britain shows little sign of having learnt from its history. For centuries, the UK has concentrated on procuring food rather than producing it. Even allowing for a surge in agricultural production during the 1970s, UK farm output as a proportion of national consumption has slumped steadily over the past 30 years. Today, Britain depends on imports for the bulk of its fresh produce supplies, for instance.

One consequence of this situation, Lang and Schoen recount, is a food trade gap of more than GBP 20 billion a year. This may not cause undue concern in government circles yet, but it should. The economy is like the climate: it is changing in unpredictable ways. Schoen and Lang warn of economic disruption and uncertainty in the wake of committing the UK to a future determined by volatile world markets after a Brexit.

The researchers have issues with the Common Agricultural Policy (CAP) and argue that it has a lot of structural problems. It has helped to push up land prices, as well as being generous to a fault in its dealings with corporate farming at public expense. But some issues have also been resolved and the case for developing food and farming policy with what exists rather than re-inventing the wheel is a sound one. The argument is one of involvement and engagement rather than isolation.

The CAP needs to be framed as a food policy that promotes sustainable farming rather than yet another corporate gravy train. Lang has been advocating such a framework for decades. The numbers are compelling: for every person working on the land, the UK has six jobs in the food system. Yet more are involved outside the UK. Across Europe there are urgent issues concerning the sustainability of food production and the supply chains that deliver it, regardless of whether the UK stays in the EU or not.

Schoen and Lang argue that Brexit is a diversion of valuable resources from more important discussions. The Brexiteers’ view that the rural economy should function as a succession of markets held together by contracts is at best simplistic and at worst downright corrosive of the network of relationships and mutual obligations that sustain rural life, both at home and abroad.

Like climate change, the European food production system transcends frontiers. British demagogues, however, are running scared of making sustainable food a topic for discussion in the European referendum debate. The UK Independence Party (UKIP) has made a foray into farming policy, copying existing bits of the current CAP structure that the party’ agriculture spokesman Stuart Agnew likes (eg Basic Payments) and roundly rejecting any environmental accountability in return for public funding.

Nevertheless, the fact remains that the UK will continue to depend for the foreseeable future on its EU neighbours for a significant proportion of its food import requirements. Schoen and Lang provide data on the provenance of UK food and what is generating the current food trade gap. They also explain how UK food policy came to be Europeanised and some of the food policy implications that come with UK membership of the EU, as well as an outline of the food issues the UK government is responsible for. It is well worth reading this 40-page document before June 24.

Rural places are peopled places – and people have and need cultural life. Culture can include heritage and the arts, the activities we enjoy, the food we eat, and the language we speak. Since these things matter in all our lives, they matter for all the places where we live, too. But talk about rural renaissance can often miss making cultural connections. […]

How does the UK regulate pesticide use? Peter Crosskey takes a closer look. […]