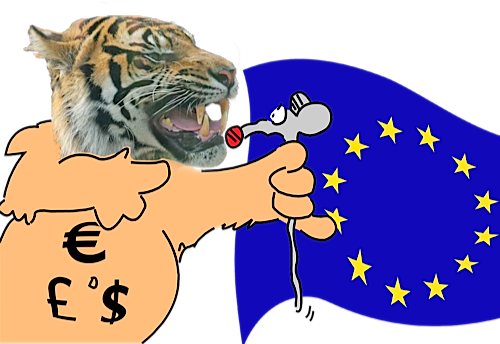 Some two dozen NGOs have written to European Trade Commissioner Karel de Gucht, demanding access to information about the Transatlantic Trade and Investment Partnership (TTIP). Since there are no longer any significant barriers to trade or investment between the EU and the US, there is not a great deal for TTIP negotiating teams to talk about other than product regulations in their respective countries, the so-called non-trade barriers.

These are: “…the regulations and standards that apply in the EU and the US and that affect every single aspect of citizens’ daily lives – from the quality of the food we eat to the safety of chemicals we use, the energy we consume, or the impact of financial services on each of us.” They go to the heart of the citizens’ interests, which do not appear on corporate balance sheets.

Smaller, bilateral versions of TTIP, however, are not new: existing Bilateral Investment Treaties (BITs) already give corporate interests carte blanche to plunder state funds at will. For years investor-state disputes have been launched with increasingly aggressive demands. The difference is that these fundamentally flawed procedures have not been applied in Europe as often as they have been elsewhere in the world.

An overview of the corporate appetite for low-risk legalised pillaging and plundering is documented in the Corporate Europe Observatory’s report Profiting From Crisis. Today’s dispute between Swedish nuclear power contractor Vattenfall and the German government is just an example from  the tip of an iceberg. Since its economic crisis of 2001, the Argentine government has faced at least 55 disputes, attracting known penalties of USD 980 million, with cases still in process.

There are about 3,000 investment treaties in operation around the world, monitored by international practitioners who would be described as vexatious litigants under any other circumstances. Every one of them,  bilateral or otherwise, is a financially toxic time bomb ticking in the background.

Disputes are a source of rich pickings for the legal profession in general. Arbitration is overseen by three private legal specialists, whose services are paid for out of the cases they preside over. Corporate Europe Observatory quotes Spanish arbitrator Juan Fernández-Armesto: “When I wake up at night and think about arbitration, it never ceases to amaze me that sovereign states have agreed to investment arbitration at all… Three private individuals are entrusted with the power to review, without any restriction or appeal procedure, all actions of the government, all decisions of the courts, and all laws and regulations emanating from parliament.”

The obvious conclusion is that governments have not told the full story and, until now, nobody imagined that it was the kind of question that needed to be asked. Nevertheless, it has been going on for 20 years Corporate Europe Observatory warns.

“TTIP is not about trade, it’s about building corporate power,” TTIP opponent Linda Kaucher told a packed meeting in London last Monday. “Don’t forget that when governments reduce tariffs, it’s less money for them and a tax reduction for the corporates.” She explains that the TTIP process undermines regulations and controls on corporates, whose aim is to have a free hand to do whatever they can get away with. Regulations are referred to as “trade irritants,” she adds.

Meeting in central London this week, the TTIP theme for the evening was food. Co-founder of GMFreeze, Helena Paul told the meeting that TTIP was about GM foods and pesticide use. “Animal feed is the backbone of the GM industry,” she reminded her audience. The subject of TTIP is new to many English people, who are still struggling to grasp the scale and speed of a process wrapped in secrecy.

Kai Sterner, a biomedical student at London Metropolitan University warned that scientists who claim to “know” the answers are not to be trusted. Especially when long term testing is not carried out. He cited Thalidomide as a case in point.  “It took 50 years for scientists to work out isomers, that you could have a left hand and a right hand version of the same molecule. Now we can use the new version of the drug safely.” But TTIP sets out to erode the precautionary principle.