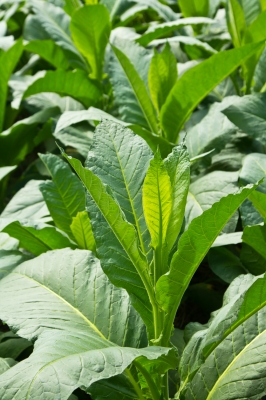 The European Parliament on the 8th of October has voted to tighten controls on cigarette to limit smoking habit among young Europeans. However, a vast lobbing campaign by the tobacco producers resulted in some restrictions being either rejected or watered-down. (See here for ARC2020 on recent tobacco lobbying)

In the case of menthol cigarettes, the EU ban will start in 2022. With electronic cigarettes rising in popularity in the past few years, health institutions have argued that e-cigarettes are becoming damaging to people’s health – which was the reason why MEPs in Strasbourg earlier this year rejected a proposal to re-classify electronic cigarettes as medicinal products.

However, Irish officials in Brussels have described the lobbying effort of many MEPs as “unprecedented” with countries such as Poland, which has many tobacco-growers, also clearly lending their support to ensure that many of the measures are watered-down. We should also note, that for many months Polish farm minister Stanislaw Kalemba has redoubled his efforts to secure CAP subsidies for Polish tobacco growers as EU agricultural ministers meet in Luxembourg in June 2013. ” We are striving for these subsidies, and it’s an ongoing subject of negotiation” Minister Kalemba told the Polish Press Agency (PAP). “We’ve taken up an initiative within a group” he affirmed, stressing that the aim is  “to secure equal conditions for tobacco growers across the EU”. Poland is supported in this with farm ministers from France, Spain, Greece, Hungary, Romania, Bulgaria and Croatia.

The Irish Times adds: “For fans of cult TV series ‘Mad Men’, the murky world of tobacco lobbying is a familiar phenomenon. Don Draper and his team of advertising executives make their way in the cut-throat world of 1960’s advertising, bolstered by the patronage of their top client, cigarette brand Lucky Strike. But rather than a relic of the hard-drinking, casual sexism of 1960’s office culture, the practice of tobacco lobbying is alive and well.” Indeed, as Arc2020 reported earlier in the year, the tobacco lobby have used nefarious methods right up into recent times.

The debate on the directive was postponed from last month, according to some MEPs it showed that the European Parliament was bowing to pressure from the tobacco lobby. Italian MEP Mario Pirillo accused the Big Tobacco of engaging in “the most insidious and deceitful lobbying campaign”.

At the same time Polish Deputy Chair of the Ag Committee Janusz Wojciechowski urged fellow MEPs “not to assume that those of us opposed to elements of this directive are doing the bidding of lobbyists.” According to Mr. Wojciechowski, there was no evidence that banning menthol or slim cigarettes would deter many people from smoking. Also an another Polish MEP, Marek Migalski, warned of the impact on the directive on the economic livelihood of Europe’s tobacco farmers.

For a year, a process to generate feedback from European citizens on how Europe should change, develop and unfold has been underway. This Conference on the Future of Europe (CoFoE), launched in the spring of 2021, aimed to provide future guidance, while calling on the EU institutions and national parliaments to take action. […]