MEPs voted to allow farmers signed up to any ‘equivalent’ certification schemes to be considered ‘green by definition’, regardless of the measures included in certification scheme, the level of ambition and the disparity of these systems within the EU 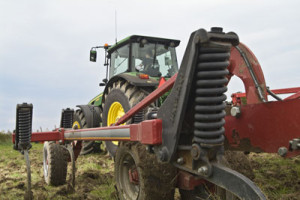 The agricultural committee of the European Parliament voted on Wednesday 23rd and Thursday 24th on EU farm policy reform. After thousands of amendments to the EU Commission’s CAP proposals had been reduced to 100 common positions in December, this new vote will pave the way for negotiations with EU member states. A plenary vote will be held in March. Between now and then, it is likely that civil society groups will be pressing MEPS after what many consider to be an unacceptable promotion of little more than business as usual.

However there are still many hurdles to jump in the process of CAP reform. Irish agriculture minister Simon Coveney needs to secure a deal amongst farm ministers by the end of June. The EU budget is still to be set, which in turn means that the final amount of money the CAP itself gets is also yet to be agreed. MEPs will not vote on the CAP until the overall budget is finalised.

As Arc2020 has pointed out before, despite the rhetoric of reducing red tape, the parliament also is perfectly willing to support increasing it where expedient. So the committee proposed that the precise definition of an “active farmer” should be decided by individual member states and not by the EU.

MEPs endorsed Commission proposals to cap direct payments to any one farm at €300,000, and to reduce other large payments.

The three key greening measures for Pillar 1 proposed by the Commission – crop diversification, maintaining existing permanent grassland/pasture and ecological focus areas – would largely remain, the parliament claimed in a statement.

New environmental rules for farmers are to be linked to the size of the holding, says the committee.

However, a closer inspection reveals that the ecological focus areas for farmers with more than 10 ha of arable land is actually reduced from 7% to 3%. It is also the case that while one possible greenwashing measure, the menu option, which would have allowed Member States to pick and choose the environmental measures they implement and enforce was rejected, equivalence measures were retained.

This means that Pillar II national certification schemes and agri-environment-climate measures are considered equivalent to these key Pillar I greening measures for payment purposes. This is considered an illegal double payment by environmental groups some MEPS and the Commission.

The EEB – European Environmental Bureau – elaborates: “MEPs voted to allow farmers who are signed up to any ‘equivalent’ certification schemes to be considered ‘green by definition’, regardless of the measures included in certifications scheme, the level of ambition and the disparity of these systems within the EU. This risks unfairly distorting competition among EU farmers because they will be still entitled to the same green payment regardless of the extent of the environmental measure they have taken.”

A quarter of the rural development budget is to be earmarked for agri-environmental and climate measures as well as organic schemes, though this too is not progressive in green terms, as it simply retains the status quo.

EEB’s Faustine Defossez added: “If agreed upon as it stands, this will be a failed reform. It will fail to give taxpayers value for money”. She added: “Some serious work lies ahead before the whole Parliament votes next month to repair the damage done in the Committee in order to restore the Parliament’s reputation as the peoples’ representative in the co-decision procedure.”

While Green and other groups criticised the vote, farmers’ lobby organisation Copa-Cogeca broadly welcomed it.

And with Green MEPS and civil society groups angered by this vote, the plenary European Parliament vote in March will no doubt be lively.

For more from Arc2020 on this topic, see here