Polish families have reduced their consumption of many basic foodstuffs due to lower wages and rising costs of gas, electricity and foodstuffs themselves. 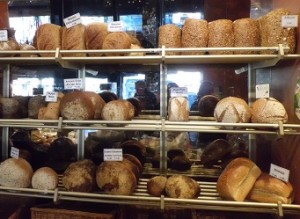 According to a survey by Poland’s Central Statistical Office (GUS), bread, potatoes and eggs are among the items that Poles are cutting back on.

“Ultimately, inflation was higher than the increase in wages and therefore, Polish families’ budgets have began to shrink in real terms. That’s why in order to save, this had to include reducing consumption,” explained Professor Krystyna Swietlik from the Institute of Agriculture and Food Economy, in an interview with the Dziennik Gazeta Prawna daily.

In the first three quarters of 2012, the monthly consumption of bread per person in the average Polish household fell by 2.7 percent, flour by 2.5 percent and rice and cereal as much as 7.7 percent according to GUS data.

Analysts also noted the decrease in consumption of potatoes (about 6.3 percent), fish and (5.6 percent) and eggs (1.3 percent).

Swietlik added that the drop in some of the basic food products could also be a result of families wanting to reduce waste. It is estimated that as much as 30 percent of food in an average Polish household ends up being thrown away.

In Bulgaria, Romania, Poland and Hungary, people are organising against TTIP, as Derek Freitas of Eco Ruralis explains […]