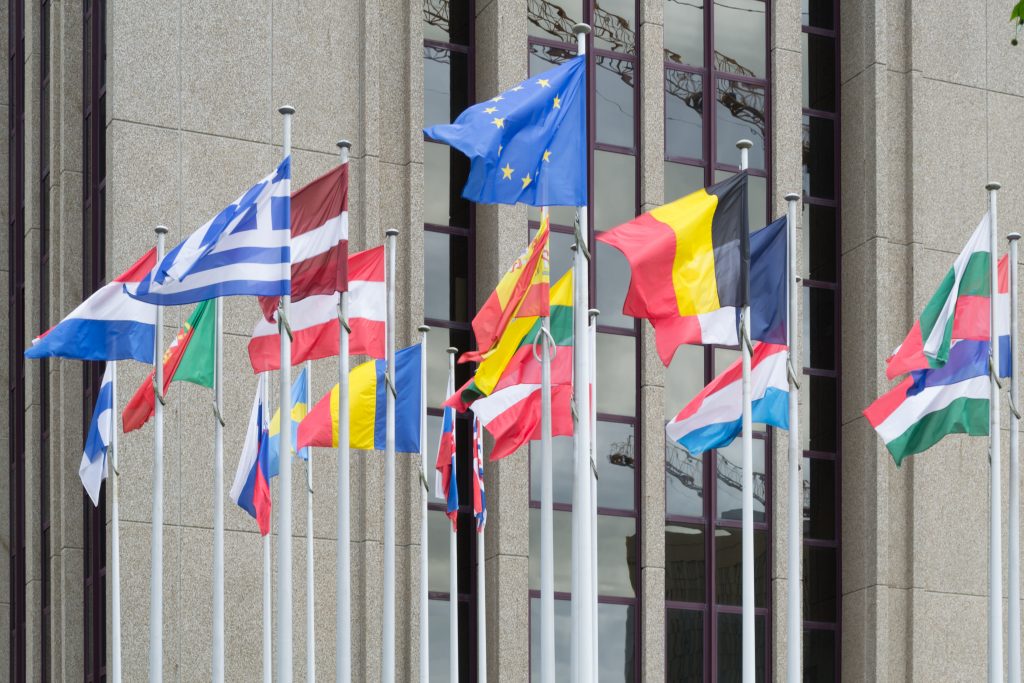 “Scrap the current CAP proposal and start fresh to build a truly just and sustainable food system in Europe.”  This is the message at the heart of Greenpeace’s call for complete reform of European food and farming policy. In a recently published statement, the Europe Unit of the global campaigning organisation pulls no punches in castigating the CAP driven model of food and farming in Europe and proposes its vision of alternative policy measures to bring about the necessary food system transformations.

In an open letter to the EU Commission’s Executive Vice President, Frans Timmermans and Commissioner for Agriculture, Janusz Wojciechowsk, Greenpeace states that Europe’s roadmap to recovery during the Covid-19 pandemic needs to include a new farming policy.

The letter notes that notwithstanding the essential role the food system has played in the Covid-19 pandemic and other ongoing crises including those concerning climate change and inequality, it must be a core part of the response to these emergencies.

Europe needs a new, just and sustainable food system rather than a propping up of the failing measures of the past, Greenpeace urges. This will require the European Commission to take bold action.

Greenpeace’s letter to the Commission refers to a statement titled ‘Scrap the CAP: A fresh start for Europe’s food system’ which outlines the organisation’s principles for a new food system. In this statement Greenpeace drives home the brokenness of the global food system and slams European politics for failing to bring about necessary reform despite the abundance of evidence of the system’s failures.

Building a new food system from a clean slate would involve “rewriting the rules on how billions of euro of public funding are used.” Currently the CAP accounts for a third of the total EU budget.

“The CAP now pushes a food system that hurts small-scale farmers, destroys nature and puts us at risk of more pandemics. To rise from the ashes of the coronavirus crisis, we must support farmers in producing healthy food in a way that respects nature – and stop just blindly bankrolling the biggest landowners. The EU must scrap the CAP and replace it with a system that protects small-scale farmers, provides healthy food for all and has a safe relationship with nature.”

In the statement, Greenpeace proposes four policy objectives as the first steps in the building of just, ecological and healthier food systems in Europe.

1. Public Funding for Farmers Not Hectares

To fulfill this objective Greenpeace calls for the replacement of direct payments  based on land area with a payment system based on environmental and social goods that farms provide.

To justify this demand Greenpeace spells out the inequality that the direct payment system perpetuates, referring to the findings of Alan Matthews which illustrated that nearly 10% of the total EU budget goes to just over 130,000 farm holdings. For reference, this was out of a total of 7,250,000 farm holdings in receipt of direct payments. Greenpeace warns that this model has made owning farmland a big business, attracting corruption as a result.

“Millions of small farms have already disappeared in recent years as they were swallowed up by megafarms gathering most of the public financial support and pressing down market prices. Without a swift change of public policy, the COVID-19 crisis will only make the situation of many vulnerable farmers worse.”

2. Feed People Rather than Animals

Greenpeace proposes limiting the production of meat and dairy products in Europe, a move away from the industrial agricultural model dominant in Europe and an end to public subsidies for factory farms.

Referring to figures from a Greenpeace commissioned evaluation on how the CAP uses public funding, the statement notes that despite  71% of EU agricultural land being used to feed animals, the EU is still reliant on the import of animal feed from outside the EU.

“Animal feed production is also a key driver of deforestation and ecosystem destruction, which together with expansion of agriculture, intensive factory farming and exploitation of wild species have created a ‘perfect storm’ for diseases similar to COVID-19 to spill over from wildlife to people.”

In relation to the overproduction of meat and dairy products, Greenpeace decries the buying up of excess produce which is likely as a pointed critique of the Commission’s announcement last month of a return to private milk storage aid for meat and dairy.

In order to end subsidisation of factory farming Greenpeace suggests that the EU limits the number of animals per hectare so  “factory farms with too many animals on too little land should not get public money”.

Under this policy objective Greenpeace proposes  targets of a 70% reduction in meat and dairy consumption by 2030 and an 80% reduction by 2050 compared current levels.

In order to support dietary shifts towards healthy and ecologically sound diets, Greenpeace calls for a shift in subsidies, a reduction of taxes on fruit and vegetables and the removal of tax breaks that encourage unhealthy eating.

“While individuals do have a role to play in their dietary choices, their choices are heavily skewed and guided by the societal, cultural and commercial environment in which they make them”

Instead of further investment in globalised food and commodity chains that are vulnerable to crises including the ongoing Covid-19 pandemic, Greenpeace promotes the move “towards local, sustainable, diversified and resilient systems focused on ecological food”.

The statement cites the work of NGO Sos Faim on the dire consequences that European exports of dairy and certain meat products sometimes have for local economies of importing countries.

Greenpeace also calls for the redirection of subsidies from the use of food crops for biofuel, which it describes as a “wasteful use” considering the deforestation, land use change and emissions biofuels can cause.

Greenpeace urges that these four proposals should be part of an overhaul of the EU budget for 2021-2027. This call for a complete CAP overhaul came days after the European Parliament’s Agriculture Committee voted to allow for an extension of the current CAP system for up to two years if agreements are not reached on the new CAP and the new overall EU budget by 30th October this year.

Supporting its calls for complete CAP reform, Greenpeace refers to criticisms of the Commission’s Proposal for the post-2020 CAP by scientists and agriculture experts as well as those contained in an Opinion of the European Court of Auditors. The European Court of Auditors observes that the Commission’s proposed continuation of hectare based direct payments, which is central to Greenpeace’s opposition to the CAP, “is not appropriate for addressing many environmental and climate concerns, nor (an) efficient way of supporting viable farm income.”

About Alison Brogan 15 Articles
Alison Brogan from Clare, Ireland, is currently doing a masters in Co-operatives, Agri-food and Sustainable Development at University College Cork. She holds a bachelor's degree in Law and Political Science from Trinity College, Dublin.

Climate and environment will rightly form a huge part of how the next CAP is framed – but the process for developing and checking relevant criteria is unclear. Here’s how we can help with that. […]