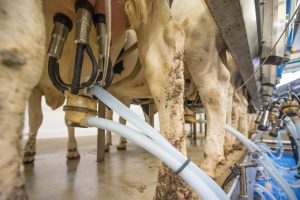 Rapid adaptation of EU rules and procedures in the Covid19 crisis has continued this week.

The EU Commission announced today private storage aid for meat and dairy, flexibility for market support programmes in wine, fruits and vegetables, olive oil, apiculture and the EU’s school scheme (milk, fruits and vegetables) and derogation from some EU competition rules in milk, flowers and potatoes.

These measures will be in place by end of April the Commission said in an announcement, adding that agreement will also be needed from member states.

Regarding private storage the Commission added: “This scheme will allow the temporary withdrawal of products from the market for a minimum of 2 to 3 months, and a maximum period of 5 to 6 months. This measure will lead to a decrease of available supply on the market and rebalance the market on the long-term…the milk sector will be allowed to collectively plan milk production and the flower and potatoes sector will be allowed to withdraw products from the market. Storage by private operators will also be allowed. Such agreements and decisions would only be valid for a period of maximum six months.”

On the 17th April, the European Milk Board asked for a volume reductions: “The reduced demand must be met with a temporary reduction in supply as well, to get the market out of its very dangerous state of imbalance,” said Erwin Schöpges, President of the European Milk Board.  he added “Dairy farmers are therefore calling on European Commissioner for Agriculture Janusz Wojciechowski to activate voluntary production cuts immediately.”

“Steep drops in prices, pouring away milk – if these developments are not addressed at EU level with coordinated voluntary production cuts, and that too at once, the collapse across Europe will be brutal,” says Sieta van Keimpema, Vice-President of the EMB, stressing the need for an immediate reaction to this crisis. “In the EU, we have the good fortune of a crisis instrument that has already proven to be very effective. Now is the time to activate it,” continues van Keimpema.

Taking a position similar to that of the EMB, French platform Pour Une Autre Pac complained today about the prioritisation of private company storage over volume regulation:

The European Council today also adopted its a second legislative in recent weeks amending EU structural funds rules. These changes give  “member states exceptional flexibility to transfer money between funds and between regions to meet their particular needs in mitigating the social and economic damage of the pandemic”‘ according to the Council.

It adds: “Farmers can also benefit in the form of favourable loans and guarantees of up to €200,000 to help them with liquidity or compensation for losses”.  A list of aid granted to EU member states can be found here.

Work will continue in the new parliament on the CAP files developed by the Commission and progressed under the previous parliament. With a new parliament now in place, there was the potential for all of the previous work to be rejected, and allowed lapse under what’s called an unfinished business rule. While this will not be the case, what will happen is still uncertain. Here we unpack the options. […]

In this opinion piece from Justyna Zwolińska, who hails from Janusz Wojciechowski’s home country of Poland, we hear some reasons for optimism about the recently appointed Commissioner: both his previous track record and his initial musings give cause for hope, Zwolińska contends. […]

Changes to fiscal rules, transport and CAP have been put in place by the EU Commissions, and framed the  videoconference meeting by the Council of Agricultural Ministers held yesterday, 25th March. Further changes to CAP were also proposed. Oliver Moore has more. […]