Once again, the chemical industry and the big cereal and seed cooperatives have organised a remarkable communication exercise at the European Parliament. This time the subject was biodiversity and pollination, terms that they have appropriated as own flag. This was done in a conference with title “Biodiversity, a culture to share” organised by the French “Reseau pour la biodiversité” (5-6 June) from which they are all the main partners. 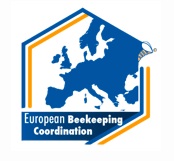 One could wonder what is happening with the other pollinators. How come they are disappearing if there is not varroa killing them? A mystery…

Some interesting presentations showed the status of biodiversity in Europe with a worrying picture for the centre-north of the continent. The ideas and messages treated were presented in a very equilibrated way, without one noticing that there were some pieces not shown in this puzzle, which are the loss of habitat or the impact of the intensive agricultural model with a prophylactic or systematic use of pesticides.

Several chemical companies are working on the subject: how to increase food sources for pollinators and at the same time continue obtaining the same yields. Others are working on biodiversity management. Despite of the fact that this is a positive approach, one wonders if the inclusion of some patches of flower mixtures here and there in a see of oilseed rape or wheat will be useful. Will we not be just retarding the collapse of our environment? We seriously need to change the production paradigm and work on the alternatives to chemicals. This, however, was not one of the main take-home-messages from yesterday’s conference.

Who pays for pesticide research and why? Peter Crosskey investigates. […]