I love my seed Sundays. It’s about some alone time with my fifty or so varieties of heirloom tomato seedlings: watering them, listening how the water gently streams down in the layers of the soil, imagining how my seedlings quench their thirst while they bathe in the first rays of sunshine. I envision their growth, giving the first flowers, than almost instantly the giant ruby-red tomatoes, almost bursting with perfectly-balanced sweet and sour juice. It’s the spring dream of a gardener and foodie. 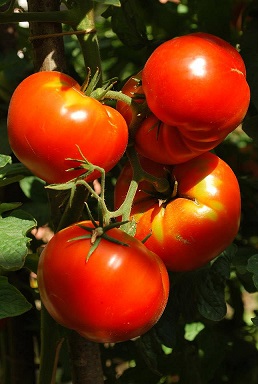 Through our association, Eco Ruralis, we have committed ourselves to discovering, growing and multiplying as many traditional seeds and heirlooms as possible, both on our plots and in our Seed Guardians network of peasants. This year, our network of urban gardeners and peasants are managing 70 traditional varieties of tomatoes, 30 varieties of peppers and various other vegetables and cereal crops. Seeds we received freely from small farmers from all over Romania and the EU. This is our contribution to the global effort to save our biodiversity, and to put healthy, nutritious and diverse food on our everyday plates.

Recently, as the European Commission presented the official proposal for a regulation on seeds and propagating material, our commitment has been strongly challenged. Reading the text of this proposal we discover that we will become outlaws, and our seeds and products will be the subject of contraband on the Romanian black market for healthy food.

The Romanian media was also intrigued; we suddenly received all kinds of questions: What impact does this new regulation have on Romanias’ nearly 5 million peasants? Will they continue to grow those traditional vegetables? Is this the end of the Romanian ox-heart tomato?

Yesterday, I found myself debating this huge issue on television, trying to predict the effect of this new law, also expecting a reaction from our authorities. The official position of the Romanian authorities came from Mr Daniel Botanoiu, currently a secretary of the state at the Ministry for Agriculture; formerly a lobbyist for the approval of GM soya cultivation in Romania.

Mr Botanoiu stated that: “We should not exaggerate, the situation is not as dark as it is perceived. The new regulation doesn’t have a negative impact on the cultivation and swapping of peasant seeds, on the contrary, it comes to protect them better”, going on to assure us that: “the Romanian Ministry for Agriculture very much supports small scale farming with all its elements.”

I was amazed by the incredible interpretation on this newly proposed regulation. First of all, the proposal for this new regulation triggered a huge critical reaction from the European civil society but also from some MEPs. Secondly, I was intrigued by the Ministry’s promise to support the historical practices of small farmers and peasants in saving and swapping seeds. This promise carries a heavy responsibility, as the newly proposed regulation will be debated by the European Council as well as the EU Parliament.

Feeling almost outlawed, our eyes are on the next moves of the Romanian Ministry. The future of Romanian agricultural biodiversity depends on their attitude and approach.

Meanwhile, as months pass and the EU decides our seeds legality, I will certainly enjoy watching how our ox-heart tomatoes grow and ripen. I see in them a history and adventures hard to forget. Through time they have managed to adapt to so many climatic conditions; handed down from generation to generation, from the hands of grandparents to newly weds. They nurtured my ancestors through wars and the cold years of communism. As long as we have our black soil, sunshine and clear water, the ox-heart tomatoes, as well as the other varieties which peasants breed and exchange, are safe in our protective hands.

As to whether or not we will now be considered criminals by our authorities? That’s something they have to sort out.

The Carpathian Civil Society Platform is gathering energy for change in the borderlands that connect Ukraine, Romania, Hungary, Slovakia and Poland. These remote mountainous areas have similar characteristics and face similar challenges, such as increasing poverty and social exclusion. With war moving closer to Western Ukraine, the platform’s work to connect civil society actors in the Carpathian mountains has taken on a renewed significance. Report by Sándor Köles, Chair of Carpathian Foundation-Hungary. […]

The good, the bad and the ugly truth