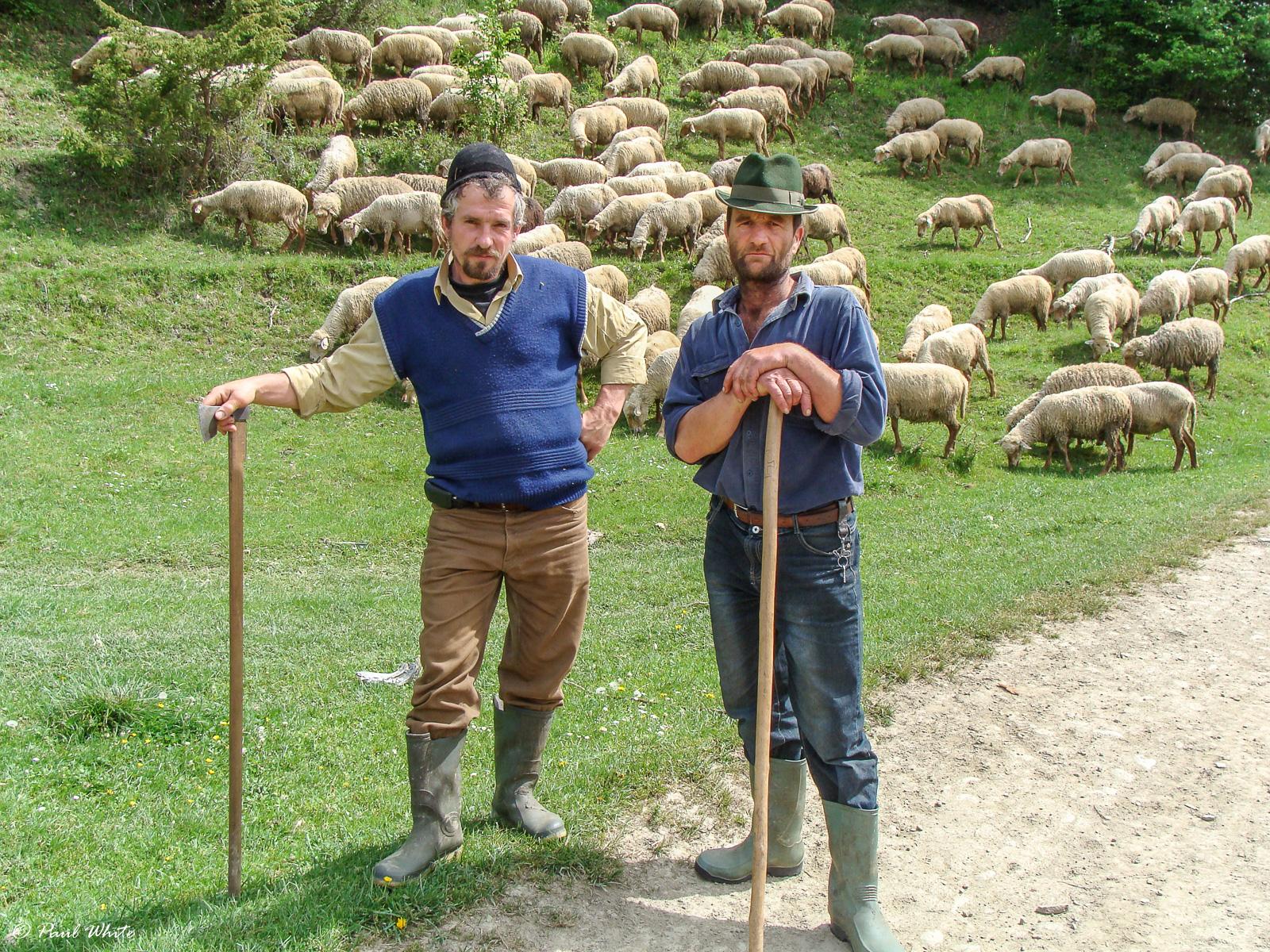 How to make a modest profit in farming whilst maintaining rich biodiversity? When compared to the fast pace and production of modern agriculture, traditional transhumance is like slow cooking – and local knowledge, shepherds and livestock guardian dogs are all essential ingredients. Paul White makes the case for a middle ground.

I often use the analogy that traditional transhumance is like ‘slow cooking’ when compared to the fast pace and production of modern agriculture. So does transhumance still have a role to play in the 21st century?

Of course this is a very polarising debate, especially around the subject of ‘rewilding’. On one side there is the important matter of food production, rural economy and lifestyle and the other of equal importance, maintaining rich biodiversity for future generations.

How is it possible to farm in Transylvania, in a predator-rich environment with the largest populations of wolves and bears in the European Union? The simple truth is, the use of livestock guardian dogs. But not left alone and unsupervised in free grazing environments. 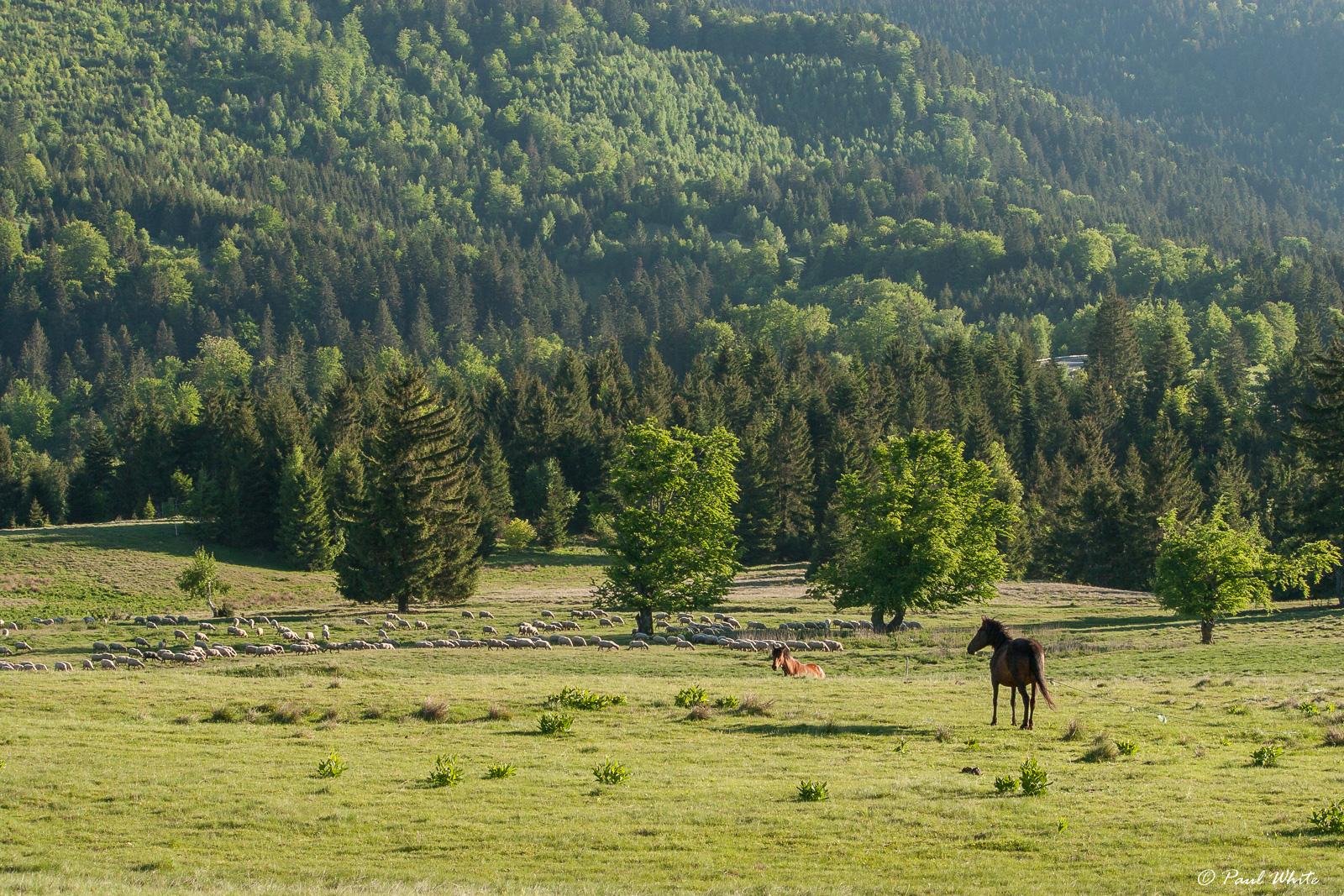 I should also emphasise that large predators were never extirpated from Transylvania, so farmers never lost their knowledge and skills required to protect livestock.

This local knowledge is invaluable to western farmers, but it does take time and a change of attitude to make best use of it. I totally understand why rewilding policies are causing farmers in the west a great deal of anxiety. I have already heard of incidents where unprotected livestock have been lost to wolves. Like so many good herds of cows and flocks of sheep, they take many years of hard work and thought to develop. They are not easily replaced and depredation compensation only covers a small part of the personal costs to the farmer. 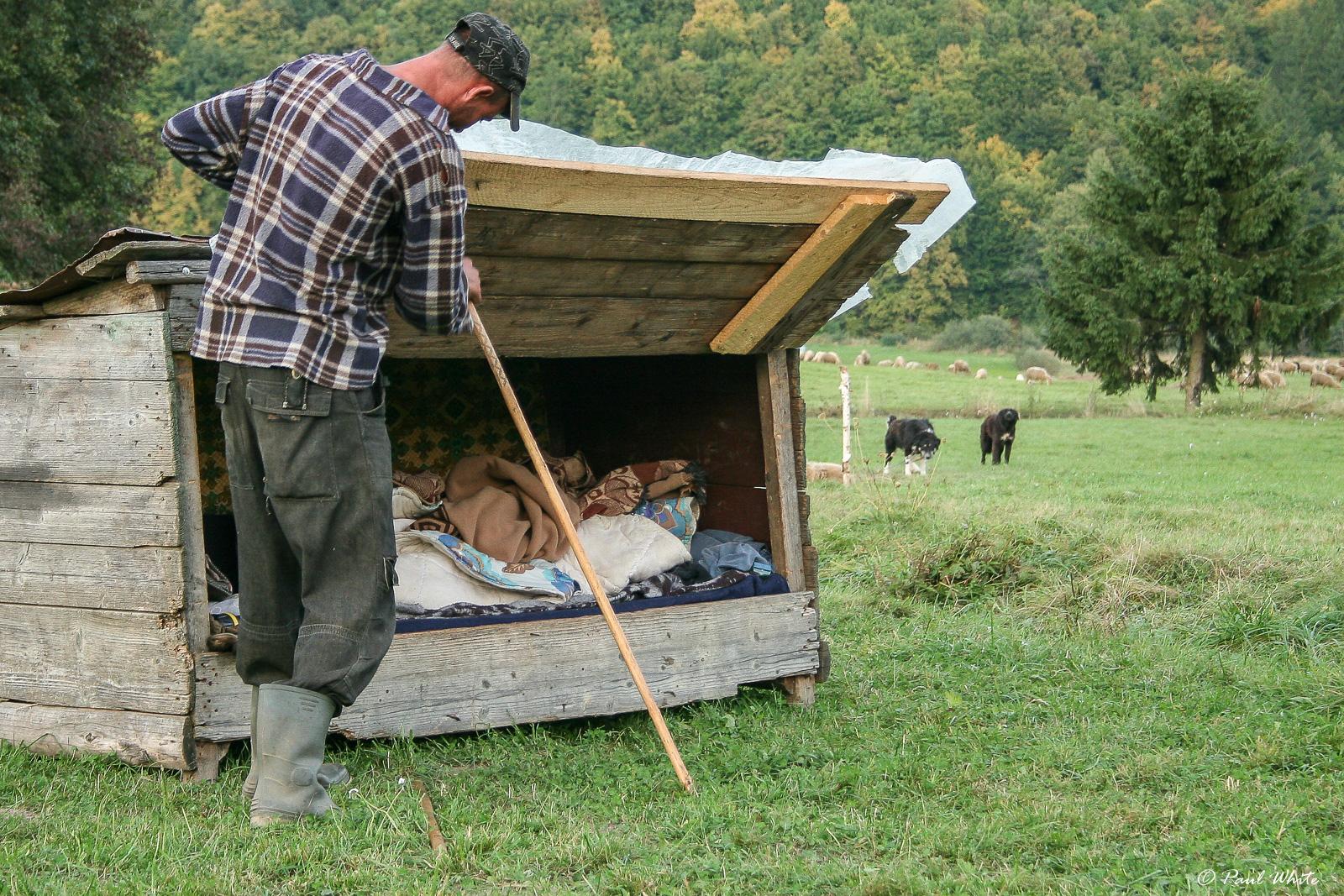 The shepherd is an integral part

Problems that I’ve already seen are when only part of this traditional method of livestock protection is adopted. Such as using guardian dogs but dropping the presence of a human shepherd in free grazing scenarios. Yes, you save yourself a salary but at what cost?

Human shepherds oversee and care for both dogs and livestock. They closely supervise the dogs, feed them and correct any unwanted behaviours immediately in the field. They also improve safety for unaware walkers that venture too close to the flock that have no prior experience of livestock guardian dogs.

The shepherd is an integral part of the predator deterrent without using guns. They have a close working relationship with the dogs and support them during contacts with large predators. This of course is only one part of their job; they also milk sheep daily and make cheese. 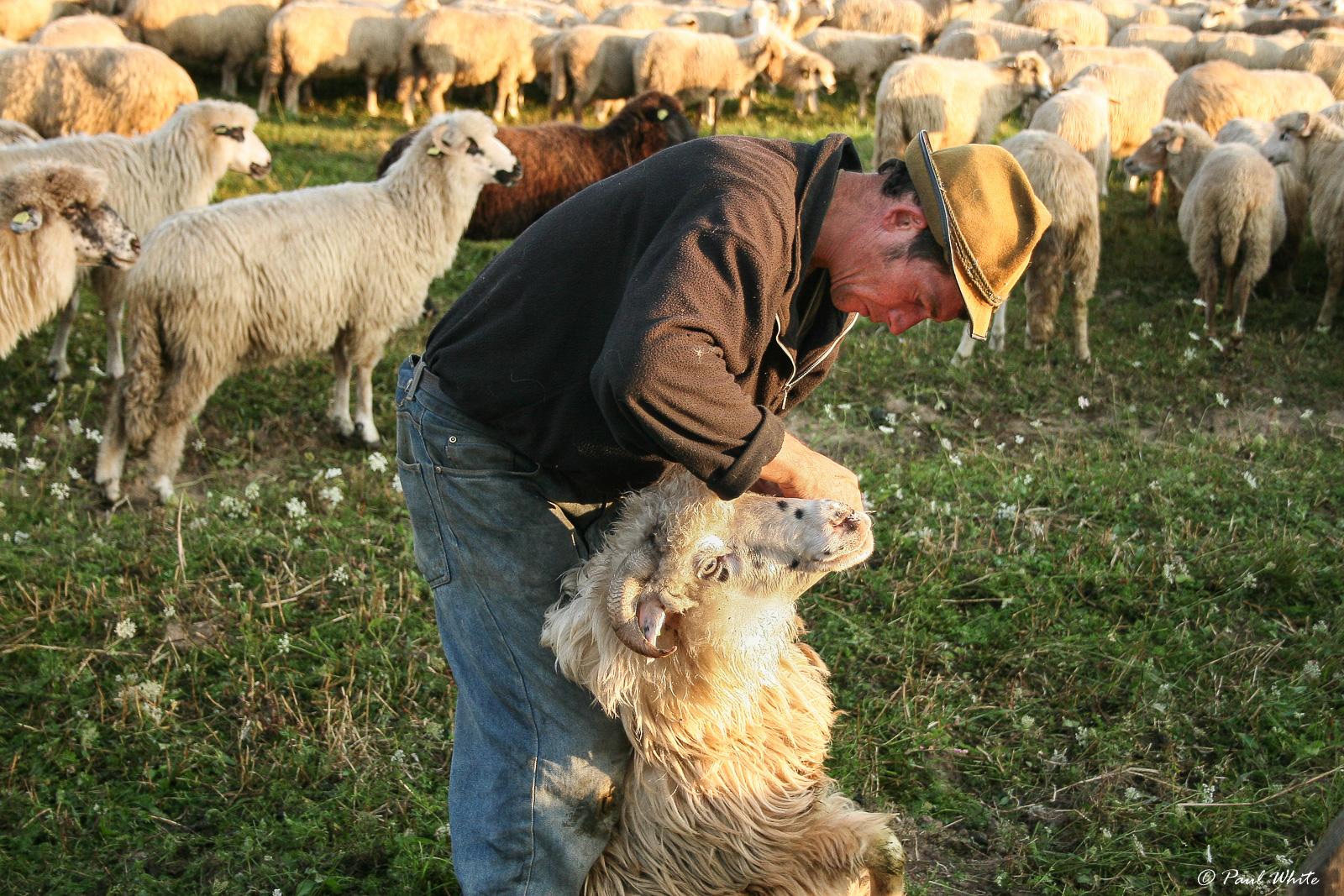 Dogs have to be shepherded

Livestock guardian dogs left to guard free grazing sheep can lead to all sorts of problems. LGD breeds were developed by shepherds (over centuries) to work with shepherds. Young dogs that are not corrected at the time, can develop all kinds of anxieties and unwanted behaviours.

Without supervision dogs may leave the flock to hunt and scavenge, and a dog with unaddressed anxieties can be a danger to passersby. I have heard many stories from the ‘new world’ where dogs have been introduced to a flock and ‘left to it’, resulting in disappointment and abandonment. 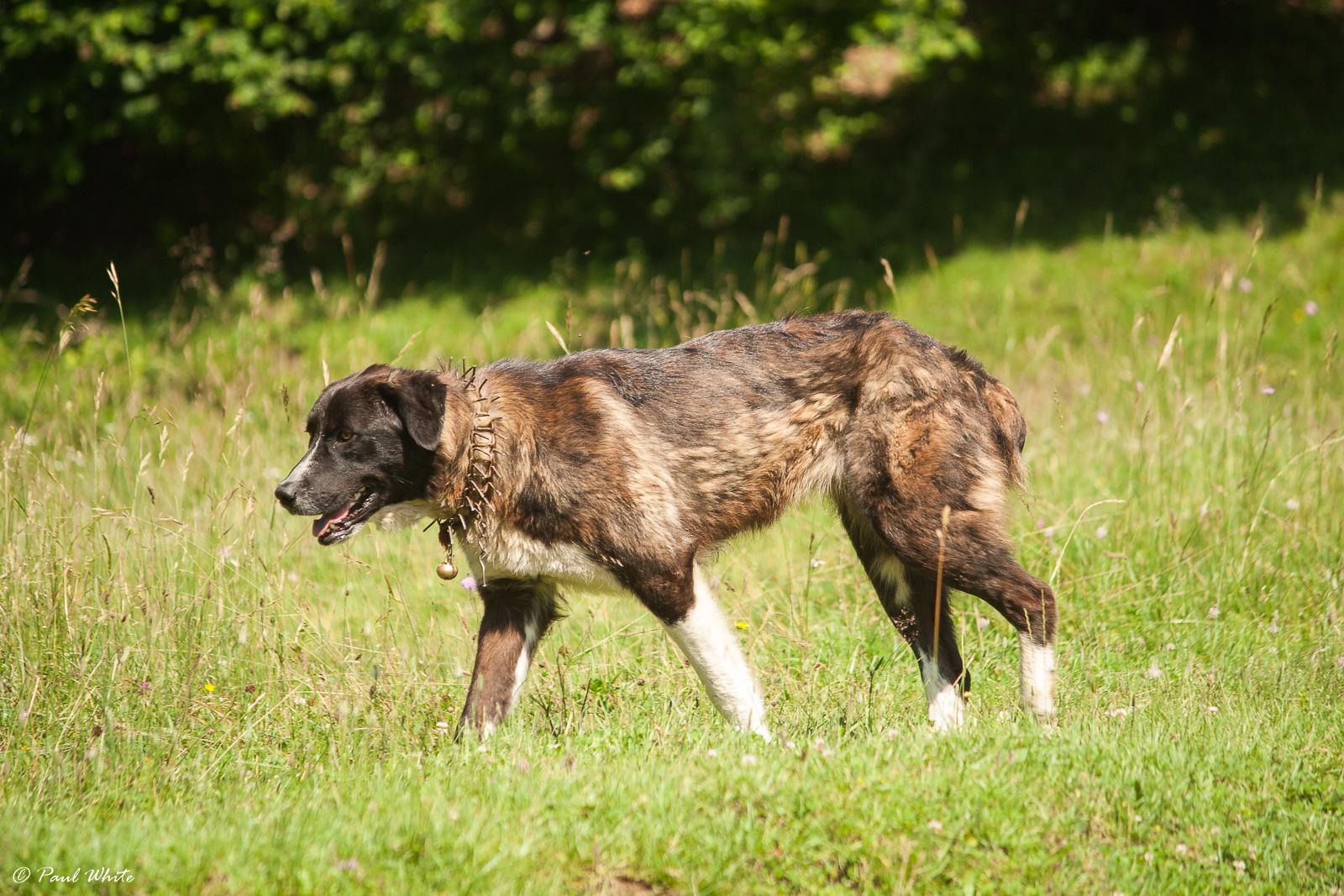 So here is the dichotomy: how to make a modest profit in farming whilst maintaining rich biodiversity? Big corporate agriculture and price squeezing is for another debate. Here I’m concentrating on local farming producing high quality organic food.

I understand that the levels of cost, profit and lifestyle differ throughout the continent of Europe. However these are relative to local markets, but the overarching principles remain the same.

Here are some important factors to consider which serves the ‘middle ground’ in my argument:-

1. Traditional transhumance operates alongside nature, not against it.

2. High mountain meadows were established for grazing and have been used for this purpose for centuries. There’s an extensive network of trails that connect communities and meadows together.

3. The forests that surround these meadows are rich in biodiversity and contain some of the largest populations of lynx, brown bear and wolf in the European Union.

4. The grass on these high meadows are fertilised naturally by the livestock on them.

5. The organic food produced by these shepherds includes meat, milk and cheese.

6. Livestock guardian dogs are used to prevent/reduce depredation of livestock by large predators.

7. Donkeys are often used to support the deterrence of predators by raising the alarm.

8. Human shepherds are present with livestock and dogs 24/7 from April to October.

What is Romania planning to spend its Rural Development money on, and what sort of effect will this have on its countryside and environment? […]

Eco Ruralis Bring us the Shocking Story of Forest Grabbing in Romania, where the vast majority of Europe’s Vital Old Growth Forests are. Fact Sheets, Leaked Letters and an Undercover Video Expose. #Forestgrab […]