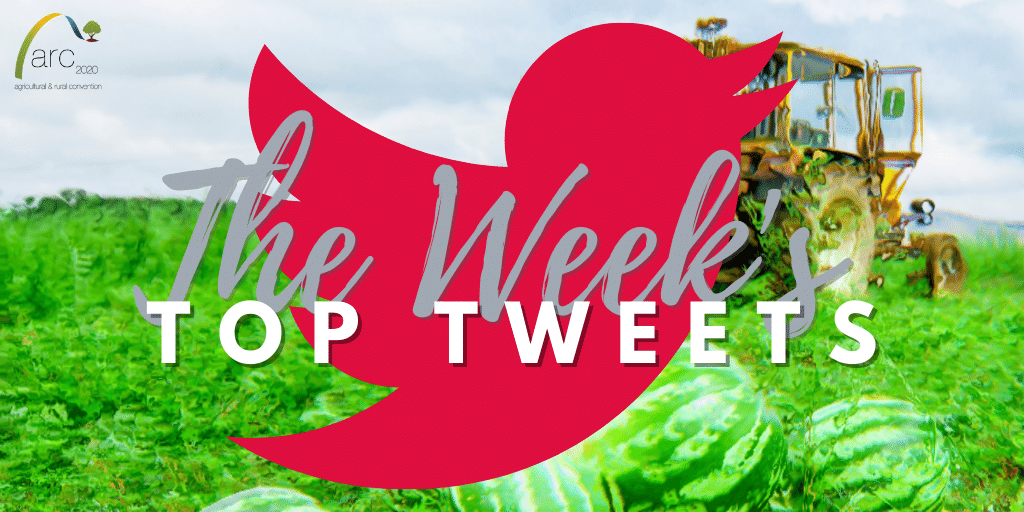 According to our 🆕report:#EU agricultural funding destined for #climate action has not contributed to reducing greenhouse gas emissions from farming. 🌾

Two-fifths of EU agricultural imports could be 'highly vulnerable' to drought by 2050 – summary by @CarbonBrief of new paper in Nature Communications https://t.co/KMSS12NpOm

Is agriculture for farmers or for corporate interests? Is the CAP reform going to reverse this trend (capping big beneficiaries)? How will we fix this unfair market? pic.twitter.com/QNsyO4Inbl

Livestock herd cut ‘unlikely’ to cause rise in global emissions – @xAlan_Matthews – arguments to the contrary are “often made, but without very much evidence”https://t.co/jqpADBfePV

Ahead of this week's #CAPreform trilogue, German agri minister @JuliaKloeckner bashes commissioner @TimmermansEU for "obstructing negotiations". Meanwhile, Klöckner herself is criticised by Greens for playing a "double game" on EU vs national level
➡️https://t.co/jWBfYjlAin

📍In light of recent developments indicating a watering down of the #SustainableCorporateGovernance proposal, we stand united with MEPs of the WG on #ResponsibleBusinessConduct sending a letter to @EU_Commission calling for the ambition to remain high!👉https://t.co/RiO06Mmk2l pic.twitter.com/YfrZtUVcPb

Prof Myles Allen @UniofOxford speaking at #climateconference2021. @EPAIreland says that our climate policy must focus on reducing temperature, that setting separate methane and realistic methane reduction target is key to achieving this goal.

Been my favourite band for years, but great to hear him talk about a fascinating journey with pasture cropping & regenerative farming. pic.twitter.com/LSOeXiA7Aa

Why now for open pollinated, well-adapted seeds?
And how does this fit into a regenerative approach to food, farming and living?
Let's get together to talk #PracticingFoodSovereignty#FoodSov@MadsMcKeever pic.twitter.com/7jcQda5ZIA

NI's ammonia pollution problem (including its cross-border implications) getting some headlines… https://t.co/8g5InFTVSm