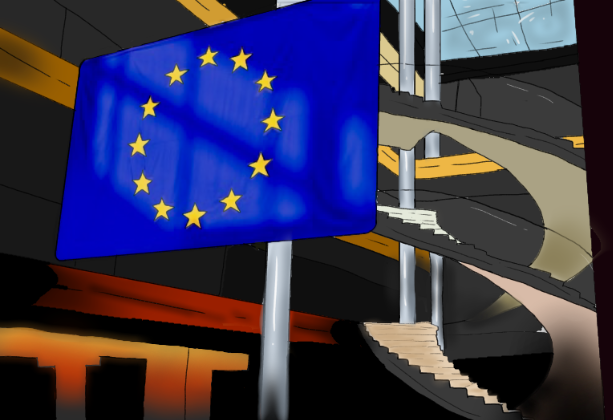 Parliament CAP-itualtes on all major elements of fairness for farmers and environmental standards. A leaked negotiating document reveals just 85% convergence, huge flexibilities and exemptions, all remaining GAECs weakened, eco-schemes weakened, and even the introduction of brand new exemptions that have never been in  the negotiations before. Council wins, people and planet loose. (Refresh for updates)

Last month we had theatre from the Parliament, this month there’s complete CAP-itulation. On every significant element remaining in the trilogues, the Parliament’s positions have been lost. Leaked documents ARC has sourced show the next CAP will not be fair – on capping, convergence, social conditionality, redistributive payments, coupled income support Council positions have won out. On the green architecture, there is no Green Deal alignment; on all remaining GAECs  -2, 7, 8 and 9 – the Council’s May positions have won out, and in the case of GAEC 9, brand new weakening of standards have been introduced. Below are the details.

Since 1992, there has been an attempt to bring in convergence – equalisation of payments between  farmers. 14 member states have introduced full convergence, but those remaining will be able to retain 85% convergence – the Council’s position. This is up from the current 75%, but is far off the 100% position of the Parliament and Commission. Capping (a ceiling on payments) remains voluntary, while redistributive payment at 10% will not be impactful for farmers on low entitlements.

Importantly for some member states, a maximum of 30% decrease of payments looks set to be part of this new deal, compounding and embedding unfairness. This further reduces the amount that payments can come down by, which, in countries like Italy, where some historical entitlements are way higher than the national average – will remain stubbornly high.

Coupled income support is retained for full protein crops for animal feed. The much mooted social conditionality will not be a conditionality but a legislation, so there will be no significant control system, and no implementation start date. The social dimension is dropped from article 6 of the CAP objectives.

There will be no green deal alignment, with an emphasis instead on what is called legally binding acts – i.e. national law prioritised over any green deal elements.

Eco-schemes are one of the few areas where total capitulation has not occurred: these are to be set at 25%, which is higher than the worst case Council position. However, a learning period in 2023 and 2024 has a floor of 20% (slightly higher than the Council preference in May) as well as full flexibility to be is allowed into direct payments and also into rural development.

All remaining GAECs have however been compromised.  GAEC 2 now has member state flexibility; on peatland and wetlands; GAEC 7 on minimum soil cover also now has a member state flexibility; GAEC 8 sees rotations further watered down, with all the Council’s secondary crops, change of crop and diversification opt-outs accepted. GAEC 9 on landscape features sees the Councils preference for 4% and not 5% (Parliament) accepted, and the 10 hectares exemption (over the Parliament’s preferred 5%) which will allow most farms to avoid this conditionality in any case.

Incredibly, for GAEC 9, the council has introduced brand new exemptions, with a forestry exemption from a non-productive features requirement for member states with over 50% tree cover.

As one parliamentary advisor told ARC today “the only good thing is that it’s over”. It’s worth recalling that the European Court of Auditors damning report Monday ‘saw E100 billion CAP spending having no discernible impact on climate action. The CAP communication of 2018, which started this process, was very weak to begin with. And this poor proposal from 2018 is what we have seen 3 years of further weakening.  That new flexibilities and exemptions have come in at the last minute after three years of negotiations is a sad indictment of the CAP process and the ability of the EU institutions- ministers especially – to deal with climate and biodiversity collapse. The council has won -and this is what’s it won. Destruction of planet, abandonment of people. The sooner these trilogues end the better.