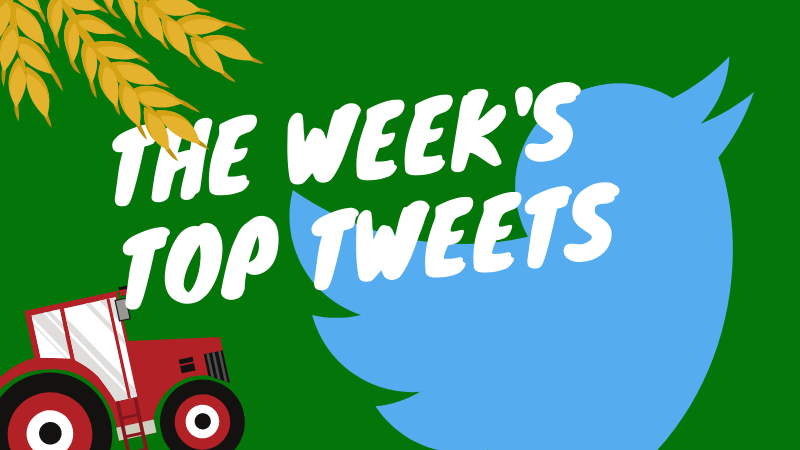 This week’s most compelling tweets are a fascinating batch. We found a detailed, dense unpacking of the state-of-the-culinary-world; a frightening story of just how bad the dairy expansion is becoming for animal welfare in Ireland; another Irish one that was so good it lead to the deletion of the original article on climate change and methane.

Then we see Austria is set to ban glyphosate; anaerobic digests may not be the silver bullet (and have introduced us to the fabulous word ‘misbegotten’; Finland’s plan to pump cash into Pillar 2 of the CAP; environment and biodiversity crisis suggestions from Birdlife and the EEA; Shefali Sharma on Mercosur; the EU might also ban more pesticides; those stalwarts the European Count of Auditors have again thrown shreds off CAP; and finally, for world soil day, we hear policy suggestions to stop soil erosion. Enjoy!

Quite the epic read, could easily be a docu: Toward a Culinary Ethos for the Twenty-first Century https://t.co/AzIjy2s4vU via @hedgehogreview

Have we reached #peakdairy yet? 😢 Dairy bull calves being killed with 'lump hammers' and plastic bags' claims former TD https://t.co/lt7Kmjgxrc

At the risk of amplifying something that is completely untrue this from @farmersjournal has to be acknowledged as wrong and corrected.

Austria is set to become the first EU country to ban the controversial weedkiller glyphosate, having completed the EU’s single market notification procedure on Friday

Here are our concrete and detailed suggestions for addressing the biodiversity crisis (and helping solve the climate one): https://t.co/7iRt3zy4u7 https://t.co/XVGhmFL3Ki

"Europe’s #environment is at a tipping point. We have a narrow window of opportunity in the next decade to scale up measures to protect #nature, lessen the impacts of #climatechange & radically reduce consumption of #naturalresources."
– Hans Bruyninckx, EEA Director#SOER2020 pic.twitter.com/CDURk1kmYr

My new blog on #Mercosur #EU #trade deal: EU has a historic and iconic opportunity to assert the primacy of the #ParisAgreement. It can and should choose to keep its promises by rejecting this deal on #climate #COP25 grounds. @@vonderleyen @EU_Commission https://t.co/iFDKU4GwGW

EU Commission set to vote on ban of controversial organophosate pesticides, which EFSA found "do not meet the criteria required by legislation for the renewal of its approval in the European Union”https://t.co/Bwj0U0PjeE

Wouldn't it be great if these good words translated into bold action through #FarmtoFork Strategy and #FutureofCAP 🙏@EUauditors recent report: #desertification & #landdegradation are growing threats, and steps taken by EU to address them lack coherence @EUAgri https://t.co/DKj4GJzIMB

Most of the €2.6 billion which the #EU has budgeted to help farmers insure against price volatility and production losses has had little impact.

More than 130 000 km² of EU’s arable land is affected by water erosion, with crop losses costing farmers some 1.25 billion euro every year.