The UK government is wilfully ignoring the growing volume of peer-reviewed evidence against the continued use of neonicotinoids which harm pollinators. Here is a link to what leading pollinator researcher Dr Dave Goulson blogged on the subject this week. It seems that there are too many threats to pollinator populations for policymakers to be able to remove just one of them. 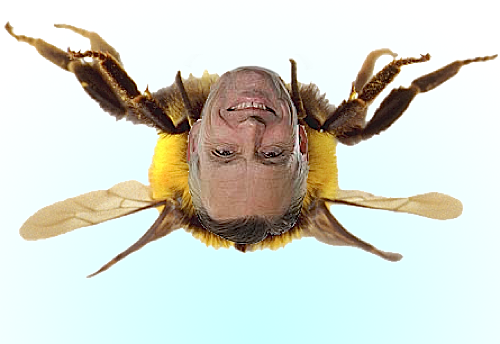 This official indifference came as a blow to the chair of the Environmental Audit Committee, Joan Walley MP. “I am disappointed that the Government has not accepted the great weight of scientific evidence that points to the need for the ban on these pesticides in line with the precautionary principle.”

The EU moratorium comes into effect on December 1, but the UK will not be outlawing neonicotinoids for use in gardens. “There is no justification for people continuing to use these products on their dahlias when they could be having a detrimental effect on pollinator populations,” explained Walley. “Suspending the sale of neonicotinoids for home use would create an urban safe haven for bees.”

The UK government is complacent about the impact of pesticides like neonicotinoids on pollinators, preferring to speak about bees instead of pollinators. Speaking in the House of Lords on August 29, junior environment minister Lord de Mauley said: “Given our assessment that the risk to bee populations is low, we do not consider that the [European] Commission’s response is sensible or proportionate. It will impose significant costs on some farmers and growers without benefiting bees and other pollinators.”

In July, the lead researcher in a UK government-funded study left FERA, DEFRA’s research arm, to join pesticide maker Syngenta. The study was not peer-reviewed and remains compromised by its lack of robust control data, but has been promoted by the UK farmers’ union, the NFU .

Challenged about this revolving-door career move in parliament over the summer, Lord de Mauley dismissed his fellow peers’ concerns with a single sentence: “My Lords, of course, all public servants go through the proper procedures before they take up a role outside government after they leave government.”

One month later, almost to the day, the peer told parliament that: “Pesticide companies may generate new studies, taking account of the data requirements set out in the EU pesticides regime…” He added that: “The Government, in consultation with independent experts, is considering additional research, including field studies.” However, the 2015 EU review is unlikely to allow time for peer review of any studies carried out next year.

It has emerged that the SUR – Sustainable Use of Pesticides Regulation – may not be announced next week, as initially planned. Rather, on Monday 21st a decision will be made to postpose or not. This is just one example of how the EU Farm to Fork strategy is in a perfect storm: the agribusiness lobby against sustainable policies is now reinforced by war in Ukraine. Op-ed by Nina Holland, researcher at Corporate Europe Observatory. Hans van Scharen, press officer at Corporate Europe Observatory. […]