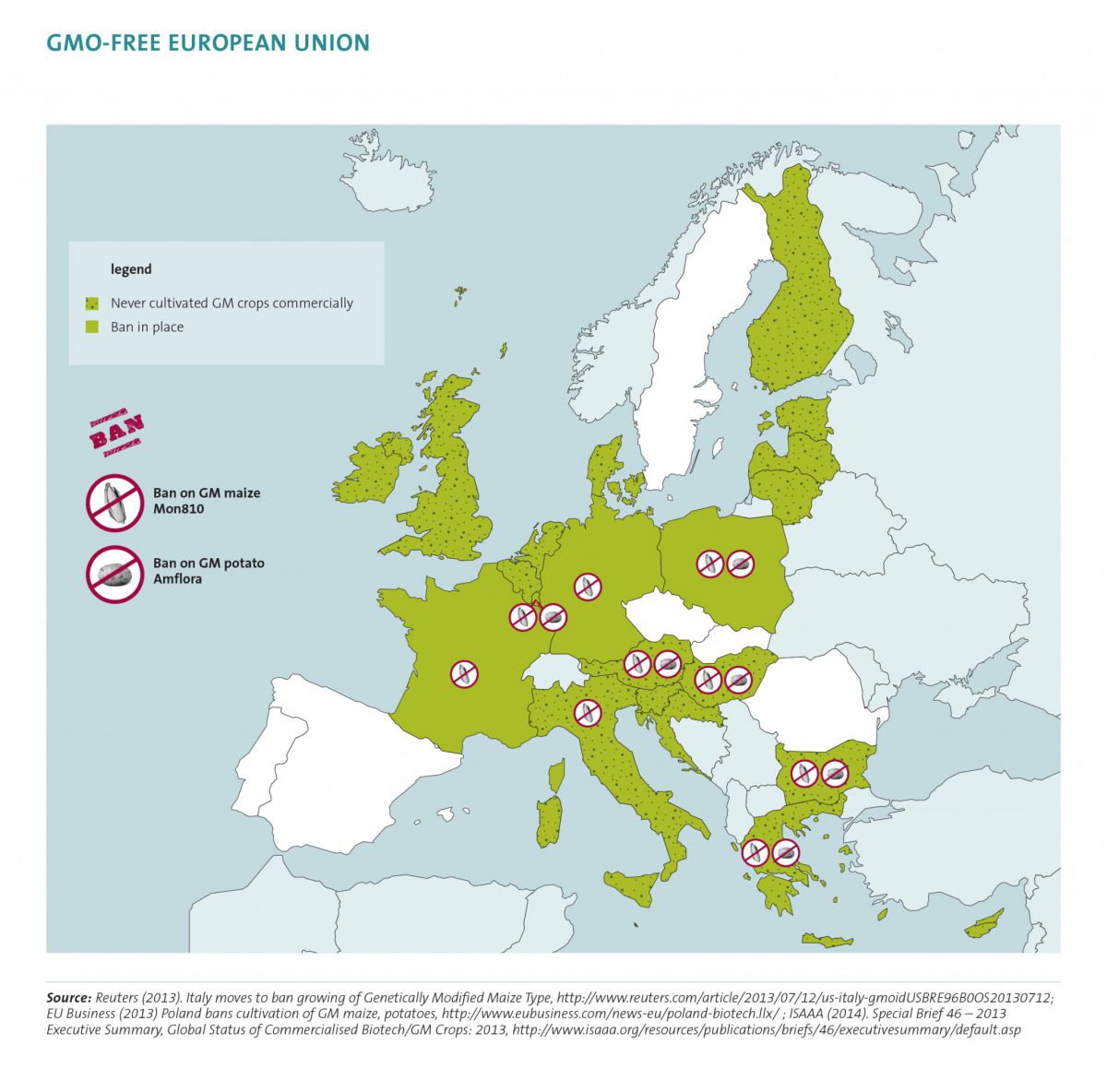 What is the true state of play with Genetically Modified (GM) crops globally? Every year Friends of the Earth International (FOEI) publish a revealing report interrogating the industry supplied stats, to better examine the real state of play in the development of  Genetically Modified (GM) crops globally. Friends of the Earth deconstruct the biotech industry statistics and reveal what the industry does not tell us about the acreage of GM crops and their impacts on the environment and the farmers  on the ground in the different regions of the world.

Almost 20 years have passed since the first mass cultivations of GM crops but the picture is not as rosy as the International Service for the Acquisition of Agri-Biotech Applications (ISAAA) is trying to paint every year. It is worth noting that ISAAA appears  the only source we have  that publish figures on global GM crop production. However, as Friends of the Earth International remarks, it is not an independent source of information as among their donors we find the biotech companies such as Monsanto, Bayer CropScience and Mahyco, as well as Crop Life International, a global federation body that represents the interests of the biotechnology and agro-chemicals industry. 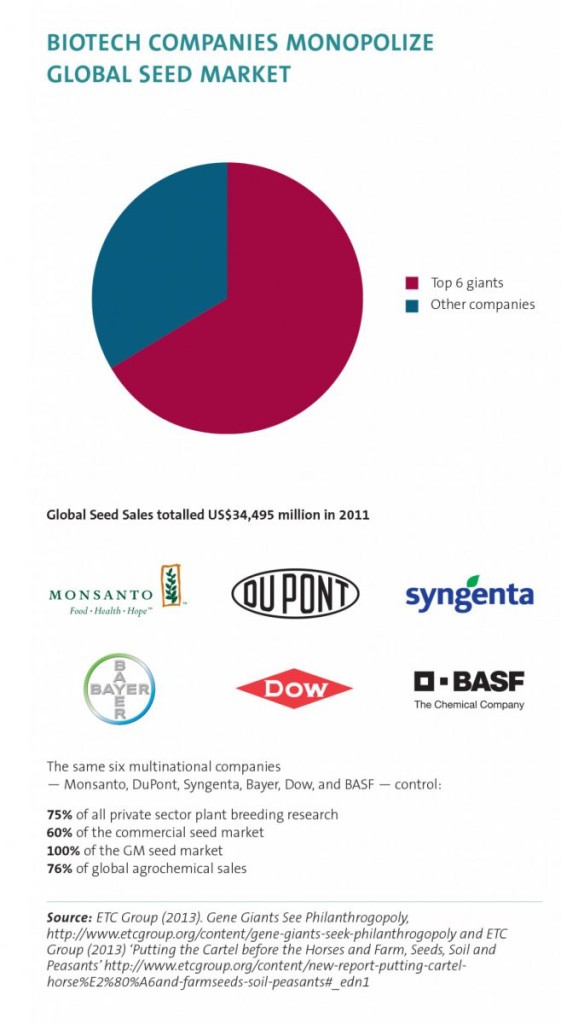 In Europe GM crops in decline

While the report gives detailed information on the situation in every continent of the world,  Europe is an example of how the biotech industry inflates the numbers of GM crop production.

In Europe, GM crops are not welcome at all. The number of countries that cultivate the only permitted GM crop, Monsanto’s GM Maize have dropped to five. The production has dropped in Portugal, Czech Republic and Slovakia.  Although Slovakia (99.9 ha) and Romania (834.6) cultivated in 2013 GM crops in small acreages, ISAAA gives wrong impressions by grouping them with 8 countries countries that cultivate less than 50000 hectares.

Spain remains the only country that cultivates over 90% of the European Union’s GM crop and industry includes Spain among the mega-countries cultivating more than 100.000 hectares.

However research from Spanish non-governmental organisations reveals the Spanish government hides the real figures. The NGOs have managed to collect data on GM crops from the regional governments. The comparison with the national data published by the Spanish Ministry of Agriculture showed large differences. For example, in 2012 in Andalucia there was a difference of 77 per cent less GM crops. Similarly for 2013, data for the production of GM maize MON810 shows a difference between the estimated and real figures of 73 per cent in Andalusia and 50 per cent for the total acreage across the country.  In other words, under 70,000 ha of MON810 were grown instead of the 136,962 ha announced by industry and the government. The data certainly indicate that Spanish farmers’ demand for GM seeds may in fact be far lower than is suggested by ‘official’ figures.  The problem in Spain is that there is no public register of GM crop production which results in no transparency about the precise area of GM crops.  Moreover, the lack of a public register means that in cases where GM contamination has occurred on organic farms, it is impossible to identify the source.

Despite the strong public rejection of GMOs in Europe, the industry is trying to push a new GM maize (see previous ARC2020 blog post) as well as pass through a proposal that will render the governments less powerful if they want to ban a GM crop (see previous blog post). Friends of the Earth are asking the european politicians to protect the environment and the farmers from GM crops.

As Mute Schimpf, food campaigner for Friends of the Earth Europe said: “There is public resistance to GM crops on every continent, with increasing social and environmental impacts wherever they have been planted. In Europe it is clear that the public don’t want them, shops refuse to sell them and an increasing number of countries have banned them.” 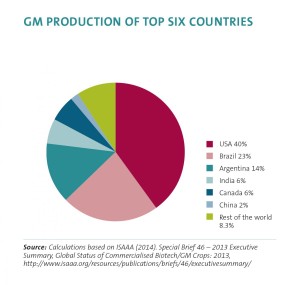 “Food and farming should not be in the hands of companies who profit from GM seeds and the chemicals needed to grow them. We need a food system that promotes greener farms, safer food and vibrant rural communities.”

And  Kirtana Chandrasekaran, food sovereignty coordinator for Friends of the Earth International said: “There are readily available, less risky and more effective solutions than GMOs to tackle hunger and poverty. The solution to the hunger crisis is not more GM crops; it is more low cost, high yield agro-ecological farming – the type of farming being threatened by GMOs.”

Broad beans and chick-peas: an end to GM soya imports