The Land Matrix is an initiative focused on establishing an independent global database which collects information on large scale land acquisitions (LSLA). The goal is to combine the efforts of many different individuals and groups to promote the transparency and accountability of land investments. Its website serves as a Global Observatory, an innovative tool helping all of us shed light on murky deals that would normally stay hidden from view. 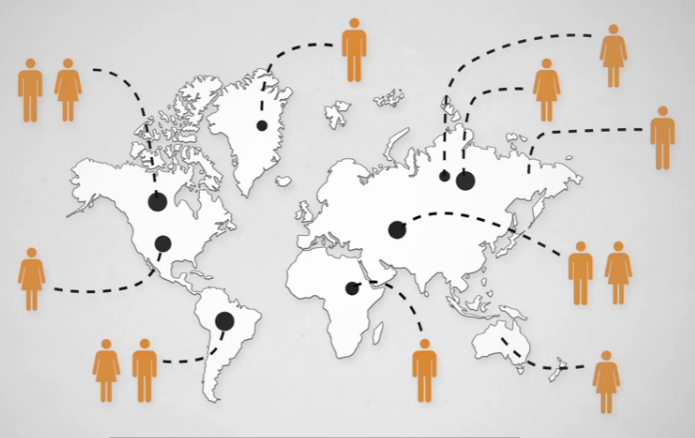 The Land Matrix was initiated in 2012 and is jointly coordinated by the International Land Coalition (ILC) and four other groups. A fully operational version of its Global Observatory came online last summer and a number of country and thematic observatories also exist. It has compiled information on over 1,200 big land deals around the world. Three categories describe the status of land deals investigated: Concluded (78%), Intended (15%), Failed (6%). Just by looking at these percentages, one can see the high success rate. Data has been collected on 57 million hectares of land deals. The dataset is not initially very reliable but over time it is expected to become more accurate as more is known about each deal. It’s not perfect but it is a step in the right direction.

Wait, how do they define a “land deal?” Maybe it just means buying 5 hectares or something like that, right? Nope.

The Land Matrix only displays attempted sales, leases or concessions of land covering an area of 200 hectares or more. Expressed interest or negotiations of these deals must have began since the year 2000 in order to be included in this project. It only researches land deals that propose to transfer land ownership from local or community use to commercial use. Only deals involving the following topics are included in the Land Matrix: agricultural production, timber extraction, carbon trading, industry, renewable energy production, conservation and tourism in low and middle-income countries.

Data collection is coordinated by Regional Data Units whom currently exist in Africa, Asia and Latin America. The Land Matrix has data on other parts of the world but would like to expand its efforts to specifically include Eastern Europe and Central Asia. The regional partner organization that will lead this work is Eco Ruralis. This Romanian NGO has been working on land issues and access to land for three years. European Civil Society will greatly benefit from the region-specific data that will be provided. A wide variety of groups will be able to feed information into this database and use all its contents to boost anti-land grabbing efforts. Crowdsourcing is a great way to share information that mutually benefits everyone. It is great to support open data systems because they are independent and provide greater capacity to smaller organizations.

The Global Observatory is very user-friendly and utilizes fun tools and graphics. It provides a “Global Map of Investments” where one can filter results to show the number of deals in Investor Countries and Target Countries. In its “Web of Transnational Deals,” the only European nation in the Top 10 list of Investor Countries category is The Netherlands. The only European nation in the Top 10 list of Target Countries is Ukraine. An infographic indicating “Agricultural Drivers” of LSLA is split up into a few sections: Food-Crops; Non-Food Crops; Flex-Crops; Multiple Use – Several crops in different categories. For instance, it is interesting to know that 92% of land grabbed areas in Europe fall into the Multiple Use category, 8% into the Food Crops category and 0% involved the other two categories. I’m not sure that everyone would have guessed that. And, you can compare this to other regions of the world.

The great thing about these tools is that they don’t just show foreign investment deals, they show domestic ones too. The notion that the only land grabbers are foreign investors is false yet still prevalent. Land grabbers can be individuals, companies, governments or government-backed private actors. Using data created by the Land Matrix allows us to debunk this myth and hold national and international government officials responsible.

EU officials have knowledge of these deals but only some regulations in certain countries exist. Hungary and Poland have land moratoriums currently in place but that could change at any time and it doesn’t tackle the problem of domestic land grabbers. Just a few months ago, Bulgaria and Romania opened up their land markets to foreign individuals and comapanies due to their acceptance agreement to become part of the EU in 2007. Before, foreign corporations and investors could only buy land through legal loopholes. Now, they will be able to do so just like any Romanian and Bulgarian citizen.

Now and in the future, civil society should consider using the Land Matrix as an advocacy tool against large land investments and their negative impacts on rural communities and environments in Romania and the rest of Europe.