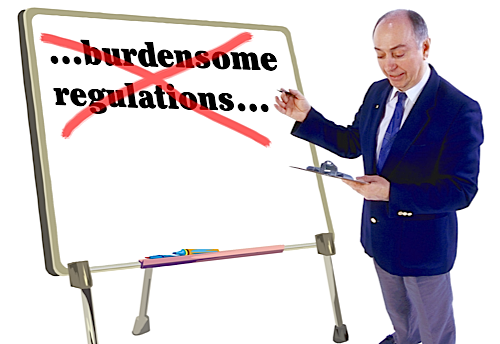 The political will to make or enforce basic food policy in the UK is sliding towards abject deference to a corporate wishlist. On November 20 civil servants at the food and rural affairs ministry DEFRA discussed an externally-commissioned report that suggested dispensing with veterinary health inspections on farms and, in some instances, considered transferring such checks to abattoirs, where they might be carried out by food industry assurance schemes. A copy of the report was leaked to The Guardian and drew a rapid response from the British Veterinary Association (BVA).

“We know that there are a number of reports like this floating around,” the BVA told ARC2020, explaining that The Guardian’s article opened the door to airing some of the issues involved, such as suggestions that farmers could carry out their own salmonella testing or that “non-vets” could be employed to save money carrying out tests for bovine TB.

BVA president John Blackwell warned: “…we cannot overstate the importance of any cuts or changes being carefully considered from a fully informed perspective and with an eye to long term-consequences, not simply short-term expediency. Cuts cannot come at the expense of animal welfare and health, which if compromised can have serious consequences for human health and food production.” 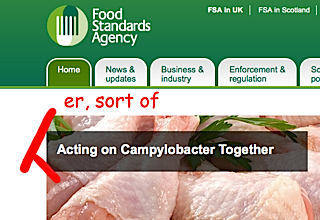 It took a number of food safety crises for the UK government to set up the Food Standards Agency (FSA) in 2001 to separate food safety policy from agricultural regulations. What started out as a food industry watchdog with a full set of teeth just over a decade ago now occupies just two floors of the building where it once occupied five floors. Progressively marginalised, the FSA is increasingly vulnerable to its opponents lurking on the neo-liberal right wing fringes of the parliamentary establishment. 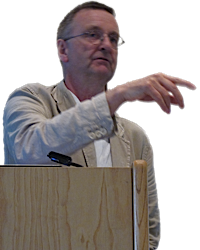 Seven years ago, UK food policy experts Tim Lang and Erik Millstone wrote a paper on the fading momentum of the FSA: “[We were] arguing that we already detected the weakening of FSA resolve to police, monitor and hold industry to account because its board was already being dominated by people with industry connections.”

For now, it is being used as a revolving door between the public and private sector. In November, Guardian journalist Felicity Lawrence revealed that former FSA boss Tim Smith, turned Tesco technical director tried to suppress the publication of supermarket chicken food poisoning figures. His action over the summer may yet constitute a breach of Smith’s two-year agreement with Downing Street not to lobby government staff that was a condition of his release to work for Tesco.

Lang told ARC2020 of the argument he and Millstone had with the FSA at the time. “We had a run-in with the FSA over its Chair’s casting vote to withhold food poisoning data this summer. This embarrassed the FSA into releasing it … later. So there is now a game of smoke and mirrors with the FSA trying to appear that it’s in control when it’s not.”

On November 27, the FSA finally released campylobacter contamination data for the first two quarters of its year-long survey. Of nearly 2,000 retail chickens tested, more than two thirds tested positive and one in five showed high levels of contamination. While thorough cooking kills campylobacter, it is estimated to account for 280,000 cases of food poisoning a year. Results like these point to a need for government policies with teeth rather than abject corporate toadying.

In David Attenborough’s foreword to The State of Nature 2016, he writes: “…Nature is in serious trouble and it needs our help as never before.” The report singles out intensive agriculture and climate change as the two most serious threats to biodiversity in the UK. Agriculture still occupies 75% of the UK’s land area and the declining fortunes of mixed farming has led to consolidation and specialisation on a massive scale at landscape level. It is hardly surprising then, that the environmental impact of farming should be an issue of public concern. Look at this picture of a field with an over-wintered crop above: it is typical of thousands up and down the UK. Beneath the serried ranks of seedlings, criss-crossed with tracks that reflect the width of the spraying boom which passes periodically, countless farmland species struggle to adapt to what is often a hostile environment. The State of Nature editorial team identify earlier planting and regular spraying as important underlying factors in the way intensive farming impacts biodiversity. The study draws on long […]