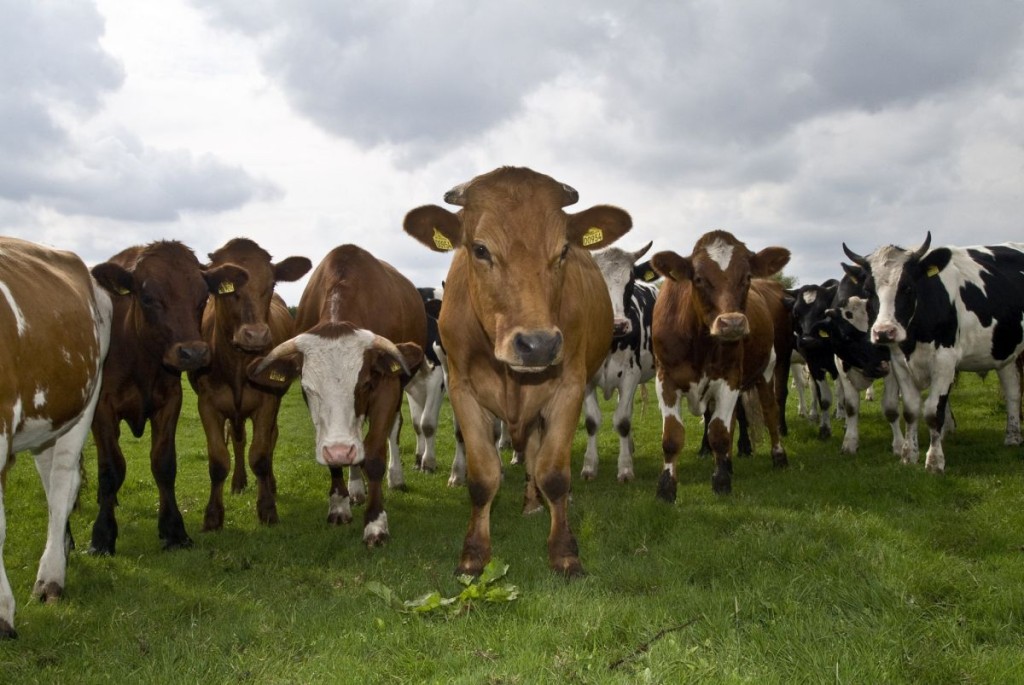 Part 1 How to Cut EU agri-food emissions by 40%

The recent publication by Henk Westhoek (Netherlands Environmental Assessment Agency) and Mark A. Sutton (Centre for Ecology & Hydrology, UK), has generated quite a stir on our various social media streams. This publication, Food choices, health and environment: Effects of cutting Europe’s meat and dairy intake, worked out what might happen if meat and dairy consumption in the EU was halved. The core findings were:

•Lower meat and dairy consumption would make the EU an exporter of cereals.

The paper also considered what it called high prices (cereals for export)  and ‘greening’ (energy crops) scenarios, were this reduction to occur. Oliver Moore of Arc2020.eu put an initial three questions to the authors. Below are their responses.

Cereals are not the answer. Your paper says: “We assumed that the reduced intake of meat, dairy and eggs would be compensated by an increase in cereals, on the basis of food calorie intake.”

Is it not the case that this shift over to cereal production in Europe, which comes across as a positive in your paper, would in fact have some serious negatives too? There are two in particular. Firstly, this cereal, now partly  for export as you point out, will simply go into animal feed abroad. So world meat and milk consumption will simply move around a bit, much like shifting around the deck chairs on the titanic. Secondly, the large scale introduction of cereal cropping into rural areas will have unwanted environmental impacts. Cereal plantations tend to be very monocultural, the new CAP has no provision for crop rotation, merely crop diversification (which means in effect, single crops in huge fields sitting side by side as soil is depleted. Finally, there will have to be a massive increase in both pesticide use and in fuel use on these farms. Biodiversity loss due in rural Europe is already rapid – 50% of all farmland birds have gone since 1980. Cereal plantations, being heavily dependent on pesticides and fossil fuels, will merely generate new very real problems. The dietary  ‘solution’ in fact, is more fruits, vegetables, nuts, berries and, at farm level, agroforestry to provide these, not simply cereals over meat and milk. This agroforestry solution could actually integrate meat and milk into its production techniques too. 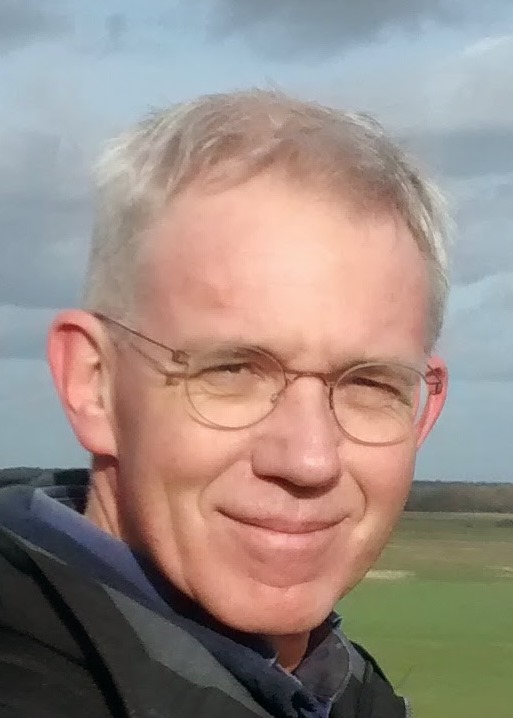 The fact that we choose to replace meat and dairy by cereals is because of several reasons. However, this certainly does not mean that we are advocating such a shift, or see it as optimal. What we did not want to do however, was to overdo the health benefits of reducing meat and dairy consumption by simultaneously introducing the ‘optimal’ diet. Of course reducing total caloric intake and increasing the amount of fruits and vegetables in the current average European diet would be beneficial for human health, but we see that as additional steps.

The second reason is that we wanted the study to be as transparent and simple as (realistically) possible. It is already quite complex, therefore we made some basic assumption. This is however certainly is not equivalent to an ideal situation, neither on the consumption side nor on the production side.

With regard to the deckchairs: we looked into that in a parallel study in which we used global economic models. The results only show a quite limited ‘rebound’ effect (increased meat and dairy consumption outside Europe). In the GEC paper we do not have an explicit time dimension, but assuming that such a transition might take 10-20 years, the exported amount of cereals will be absorbed by global markets, due to increased population growth and indeed consumption shifts, but these are expected anyhow in all baseline scenarios (does not mean that we favour this increase). Of course if other continents would follow the EU line in reducing meat and dairy consumption, the land, nitrogen and GHG saving would be larger.

Reply Henk Westhoek: We did all our calculations on a country base, both at the production and consumption side, but we could not present all these data. To some extent we certainly did take into account country specific characteristics, but you are right that in cases a different partition of livestock over Europe might be better from an environmental perspective.

This is certainly another example were assumptions could be further refined to arrive at an ‘ideal’ situation.

Why no alternative methods? Is it not the case that other meat and milk production methods could also be beneficial? The word organic does not appear in your paper once. While many other authors make the point that meat and milk consumption should be reduced for environmental reasons, would you see organic meat and milk as preferable in terms of environmental impact? If not why not? Organic farming ,after all, uses clover and other methods to fix nitrogen. As a corollary point could you address the following. If there is to be this dietary shift you point towards, whereby meat and meat consumption is reduced, wouldn’t that free up the supposed extra land organic farming would take up anyway? In other words, is a move towards ‘less but better’ meat and milk – namely 50% less but a significant % more certified organic – the ideal ay for Europe to progress in its meat and milk consumption? If not why not?

Reply Henk Westhoek: To some extent we did so in our greening scenario, in which use of formerly intensive grassland is being extensified, by reducing fertilizer input. This could possibly lead to a higher share of clovers in grasslands. But here again, we did not want to take too many steps at one time, and the diets and scenarios we are describing should certainly not be seen as the scenarios with the lowest environmental impact. We only wanted to assess the effect of livestock production within the current production methods; if we would have combined too many thinks together we would have been accused of prejudices or bias. 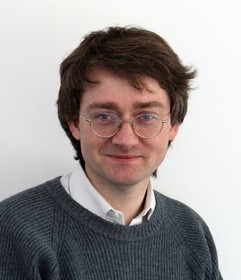 In regard of the organic question, its worth referring to estimates in part of Chapter 10 of the European Nitrogen Assessment. These showed that in mixed farming systems an example organic dairy system could give less pollution losses than a non organic dairy system, but both of these had higher N losses per unit production than a pig system. (see Figure 10.14 and Figure 10.15 and compare Table 10.1). This reflects the fact that there are other efficiency differences between systems, and that there are significant nitrogen losses also from organic systems. In particular, once biologically fixed nitrogen is converted to animal manure, it is just as liable to pollution losses (e.g. ammonia, nitrate, nitrous oxide etc) as nitrogen which originated from mineral fertilizer.

It should therefore also be emphasized that optimizing human diets (which may mean for Europeans eating less meat and dairy) is complementary to improving farming practices. When it comes to nitrogen in mixed farming systems, the challenge is even more strongly about good manure management than whether or not the farm is organic. Options include things like low emission manure spreading methods and lids on manure stores.

The relative extent to which the focus should be on improving farm practices or on dietary change is of course for society and governments to decide. In reality, we will need an element of both if the threats of nitrogen pollution are not to worsen at a global scale.

So what do you make of the replies? Have they gotten it right, or are they off the mark? Comment freely below on via social media. We’ll collate the most noteworthy replies and make a third post on Friday.

The Friends of the Earth Meat Atlas

The dynamics of small and large scale farms in post-Soviet countries is fascinating. Natalia Mamonova unpacks some of the complexities and intracties in this interview. […]

Food security is no laughing matter at the best of times, but TIm Lang gasped when he first read the Department for Environment, Food and Rural Affairs’ (Defra) annual food civil contingencies infrastructure report in 2018. It is barely a page long (in public at least) and assures us everything is OK and that the food system is resilient and able to withstand shocks. As the coronvirus racks the nation and panic buying continues, this complacency is about to be tested. […]