Detailed data from the most recent Census of Agriculture, made available in July, has revealed that over the past decade, Italian agriculture has seen profound changes – especially in terms of structure and management. The changes are similar to those happening elsewhere in Europe. 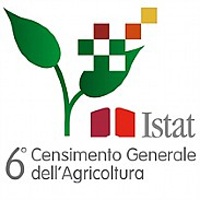 In contrast, there has been an increase in the average size of farms. The national average of 7.9 ha per farm is however the result of a very unbalanced regional distribution. Northern farms continue to have the largest average size, i.e. 14.4 ha of utilised agricultural area (UAA) per farm in the North West and 9.8 in the North East, while the South shows the lowest value of 5.1 ha per farm. The upward trend in the average farm size is only partially due to a decrease in the number of smaller farms. The other significant factor is the increase in farms with more than 30 hectares. They now represent 5.3% of Italian farms and cultivate 53.8% the national UAA, which decreased by 2.5% compared to 2000.

The system of management is still strongly based on the family: 95.4% of farms are directly managed by conductors and their household members. There is also greater flexibility in land management than in the past. This is demonstrated by a more extensive use of alternative forms of possession.

The census data also shows significant socio-economic changes. In ten years workforce has decreased by 50.9% and has moved to paid labour whose share has risen from 14.3% in 2000 to 24.2% in 2010. Although almost all farms make use of family labour, the presence of family members working in farms decreased by 56.6%. Another interesting result, which was detected for the first time, is a significant presence of foreigners involved in agriculture. Specifically, foreign workers amount to 233 thousand units, representing 24.8% of non-family manpower and 6.4% of the total. 57.7% come from EU countries, while 42.3% are from outside the EU.

Italian census data are available at this link: http://dati-censimentoagricoltura.istat.it

We are back on Chiara Garini’s forest farm at the foot of the Italian Alps. Three years in, her mushroom farm and forest garden is at a crossroads: should she expand or diversify? In any case Chiara is determined to bring utopia into her business plan, and tells us about an exciting new development on the farm… […]

People are stepping up to protect Europe’s soil. Will the Institutions? Guest post by Mario Catizzone. […]

Monti: “Food crisis is deeper than the financial one”