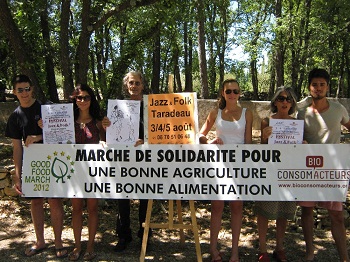 On 3rd to 5th August, the Jazz and Folk Festival took place in Tardeau, France. The organisers Bio Consomacteurs Provence, participants in the Good Food March, used the opportunity to raise awareness about good food and farming in Europe with the first official national level event – one of many scheduled to take place this summer.

France will play a key role in the Good Food March, with a bike tour from Calais now confirmed and a so-called ‘tractor relay’ passing through departments in France. The Calais route is scheduled to set off on September 13th, arriving in Brussels for the final day of the Good Food March – September 19th. The relay will see a series of consecutive events take place in 16 departments in Francem from south to north. More details can be found here: http://www.goodfoodmarch.eu/dates-map.html

Just over a week later, on a warm summer’s evening in Bucharest, Re.Generation organized an evening of food and photos in the Romanian capital. The event called “Taste and support good food!” took place in a newly opened venue in the center of Bucharest, called Dianei 4, which supports different alternative projects. 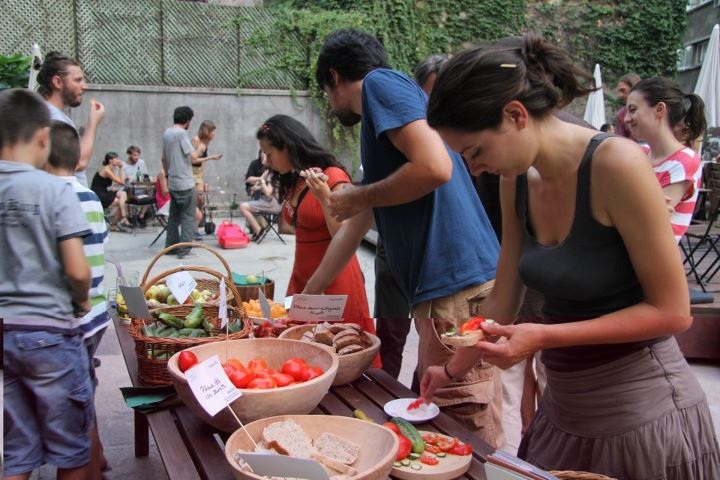 Participants were invited to sample local products, and have their photo taken with their message for the EU institutions about the future agricultural policy they want to see in Europe. These will be used as part of the EU-wide Good Food March photo action and added to the photo album that will be delivered to EU institutions on September 19th in Brussels – the final day of the march.

There were tomatoes, cucumbers, 3 types of bread, gingerbread and apples from small farmers located in Bucharest and a village in Transylvania. Two additional small producers asked to join the event and bring their products to support the project! So there were more tomatoes, yellow melon and quail eggs. For the event, the organisation printed flyers with information on the CAP and discussions were held on the march and the reform process. 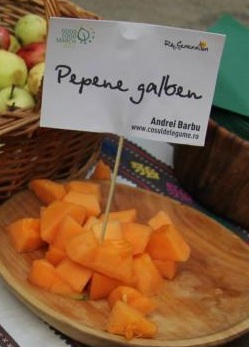 More information about the event in Bucharest can be found here:

Find out about all the national level events taking place as part of the Good Food March in the next two months on the offical website: www.goodfoodmarch.eu