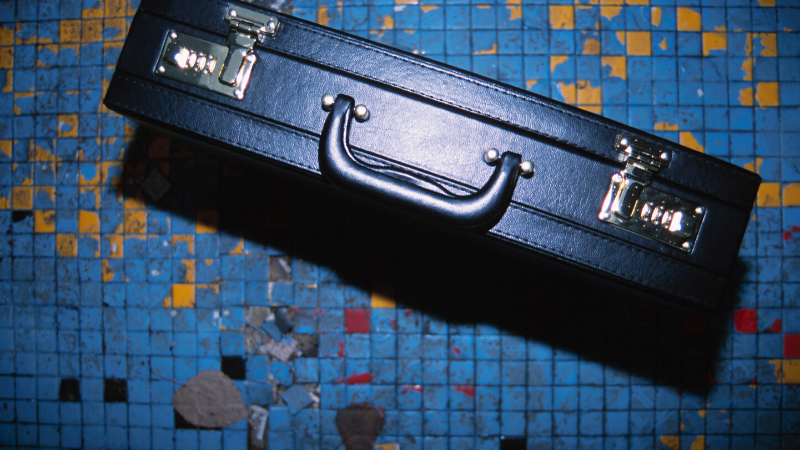 The European parliament will vote next week on a supposedly historical reform of the Common Agricultural Policy (CAP), which accounts for over one third of the EU annual budget. But as it stands, it is rather set to become a historical failure of rather catastrophic proportions.

In a new report published by corporate Europe Observatory this week, we reveal how big farm and agribusiness lobby group Copa-Cogeca, together with pesticides and food industry giants, are trying to rush through the CAP reform proposal which was inherited from the Juncker Commission. At the same time they are pushing to delay and hollow out the Farm to Fork and Biodiversity Strategies of the Von der Leyen Commission’s Green Deal. Their plan: to keep the CAP as bad as it is, which will gut the EU’s latest green ambitions.

Unfortunately, just one day later a leak showed our fears were correct. A deadly deal between the three biggest political groups in the Parliament – the conservatives (EPP), the social-democrats (S&D) and the liberals (RENEW) – seems to give a kiss of death to the relatively ambitious Farm to Fork strategy (See article below). The new developments indicate they might just succeed in locking us all into seven more years of subsidized environmental destruction.

Until the last moment, Copa-Cogeca lobbied to further weaken any green element in the CAP. The German EU Presidency, for its part, headed by agriculture minister Julia Kloeckner, did the same in the last Council meetings (see article below). Copa-Cogeca, as our report pointed out, has privileged access prior to Council meetings, as a ‘matter of tradition’. During the last September Agri-Council in Koblenz, it was given the opportunity to address all EU Agriculture Ministers together. No other interested party in food and agriculture policy was ever given that same level of access to Ministerial meetings.

At the European Commission’s DG Agriculture, which drafts and runs the CAP, Copa-Cogeca is an old friend. These two have co-managed the CAP for decades. Unfortunately, these habits persist till today. For example, Copa-Cogeca and the food and pesticide industry dominate the composition of most of the DG’s advisory groups. Copa-Cogeca occupies up to 28 seats in one single group for example. This is rather convenient for a lobby group, given that travel expenses to Brussels are covered by the Commission, meaning it can use this funding to organise its own meetings too.

The current European Commission could still withdraw the problematic CAP proposal, but so far it has chosen not to.

The European Parliament had its chance to do some damage control. But instead, the three biggest political groups (EPP, S&D and Renew) came up with this horrible compromise this week, a deal that is a further assault on nature and will prolong the unfair allocation of the majority of funds to mainly the biggest farmers and oligarchs. They even agreed to cap the amount Member States can dedicate to environmental measures, among other problematic aspects of the old proposal, like allowing payments on drained peatlands or lifting the ban on ploughing permanent grasslands in Natura 2000 areas.

The agribusiness industry is faithfully defended by MEPs that hold key positions on the CAP file: Norbert Lins (EPP), the head of the Agriculture Committee, Herbert Dorfmann (EPP), co-rapporteur of the file, Paolo De Castro (S&D), the other co-rapporteur, among others. The deal between the three biggest political groups means these groups remain dreadfully stuck in the past.

Their proposal blatantly ignores the relevant science, which shows that farming currently is a leading driver of biodiversity destruction and the second largest contributor of green house gas emissions, second only to fossil fuels use. Birdlife pointed out that Europe has lost 57% of farmland birds in 40 years, and called this CAP deal an “extinction machine”. Unfortunately this is not a hyperbole. this issue is also not only about nature: farmers as a social group are being destroyed too, a decades-long trend with no less that almost 10 million persons in the EU having left the regular agriculture labour force between 2005 and 2016 (-31.7 %).

The majority of farmers today must be supported to survive in the context of low and volatile commodity prices which in turn were created by the EU’s trade policy and market ‘liberalisation’. It is not an exaggeration to say that CAP subsidies today are a colossal indirect subsidy to the EU agribusiness’ competitiveness.

But should the CAP also support the destruction of nature, ruin the climate and fill the coffers of the authoritarian leaders of Hungary and Czech Republic? Of course not. Public support for EU farm subsidies will dwindle further if the CAP is not made fairer and greener.

The CAP could still be transformed to be an instrument rewarding the protection of nature and human labour: attempts have been made for more than 30 years to green the CAP and make it more fair. But if none has really succeeded, a very large part of the blame needs to go to the agribusiness industry’s lobbying.

Copa-Cogeca pretends to speak the “united” voice of farmers, but its positions keep causing farms concentration and are very much influenced by its other members, who belong to the agribusiness industry. Farmers’ cooperatives, who are part of Copa-Cogeca, have morphed over time into multi-billion-euro agribusinesses themselves, making fortunes selling fertilizers and pesticides to farmers. No wonder they find common ground with these industries.

Together with member states, they aim to keep a system in place in which 80% of public funds will go to the top 20% of recipients, meaning the largest land owners and even oligarchs. This is not only shocking, it is utterly depressing for everyone who cares about the future of food, biodiversity and rural development in Europe. What hope is there left for new generation farmers who want to start producing food in a decent, sustainable way and live from their work?

This CAP reform is crucial for the fate of the Green Deal, for the EU’s  future and to avert further collapsing ecosystems and climate chaos. But alienated and heavily lobbied politicians are bending to the will of corporate interests once again. More drastic measures are urgently needed to protect decision-making in the public interest. If the European Commission wants to succeed with its Green Deal, and deliver a positive ecological transformation that benefits public health, the environment and family farmers, it is more and more clear that an effective firewall needs to be created between public officials and corporate lobbyists.

The report ‘CAP vs Farm to Fork: Will we pay billions to destroy, or to support biodiversity, climate, and farmers?’ (with a link to all the documents) can be downloaded here: CEO report on CAP_Farm-to-Fork

The National Farmers’ Union in England (NFU) this week criticised government ministers for “…their lack of engagement with farmers over plans for implementing the CAP.” The union accused secretary of state Owen Patterson and farming minister David Heath of refusing “…to listen to the concerns raised by farmers at shows around the country.” NFU deputy president Meurig Raymond declared: “Our members feel that they have been let down over these negotiations through Defra ministers’ refusal to listen to them.” He predicted that: “Defra minsters’ plans are likely to include the maximum 15% voluntary modulation. This on top of 10% EU-wide modulation, future financial discipline cuts, which in 2013 will be 5% and up to 2% removed from direct payments for a mandatory young farmers scheme, could see English direct payments cut by around 20% under the reformed CAP.” NFU members may not all be strong supporters of the European Union, but they can find common cause and voice their disagreement if CAP funding is under threat.