Single Farm Payments (SFP) are helping to restore biodiversity to fragile English coastal farmland, where local geological conditions have supported very rare flora and fauna for thousands of years. Along just a few kilometres of England’s south coast, the sandstone and clay foundations of the High Weald reach the sea at Hastings.

The borough is home to a human population of 86,000 living alongside some of the rarest ancient habitats in the country. Nearly one third of the borough’s 3,000 hectares are designated or protected habitats. These locations are home to species that are only found in a handful of places anywhere in the country.

Some 10% of the borough’s woodland is ancient and predates the urban population by thousands of years. A lot of it survived the nineteenth and twentieth centuries by being too steep to build on.

Fortunately, biodiversity is something of a buzz word in Hastings, with many active naturalists looking out for their natural neighbours. The borough has been actively preserving its wild spaces, as well as 150 hectares of farmland owned by the borough. 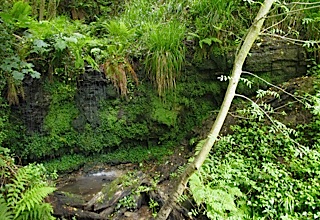 Here, intensive dairy farming at the end of the last century once threatened one of Europe’s rarest coastal glens, a Site of Special Scientific Interest (SSSI). Fairlight Glen has known its current state for more than 5,000 years.

Over the past decade, the borough has made good a lot of the harm caused by years of slurry and agricultural runoff. It has been able to do this with the help of Single Farm Payments to cover farmland fixed costs and Country Stewardship funding from English Nature to offset against running costs.

“Managing a high quality nature reserve next to such a large urban population has its challenges,” explains councillor Jeremy Birch, leader of Hastings Borough Council. “But we are firmly committed to ensuring access to nature is one of the cornerstones of our management.”

In addition to 86,000 residents, Hastings welcomes half a million visitors every year to the borough. In addition, a further half million tourists visit the Old Town end of the Hastings Country Park site, to the east. 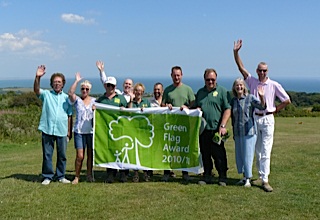 The Hastings rangers are proud of their achievements.

Today, the future allocation of Single Farm Payments could potentially leave a gap in funding for Hastings. Local government is not structured like a business, nor does good governance require it. But if the borough’s wildlife had a say in their future, at least 94% would say “Yes.”

The full version of this farmland biodiversity case study is available for download as a six-page document here: https://www.arc2020.eu/civil_society_documents/

UK | Coronavirus Diary: the Virus That Did a No-Deal Brexit on our Food Supply

It seems inconceivable that it was only a year ago when the UK was due to crash out of the EU under a no deal Brexit. Thankfully that crisis was averted. Leading up to that momentous non-event, I wrote about what might happen to our food supply in the event that our smooth trading relationship with the EU broke down utterly. One year on, we find ourselves in a remarkably similar position […]