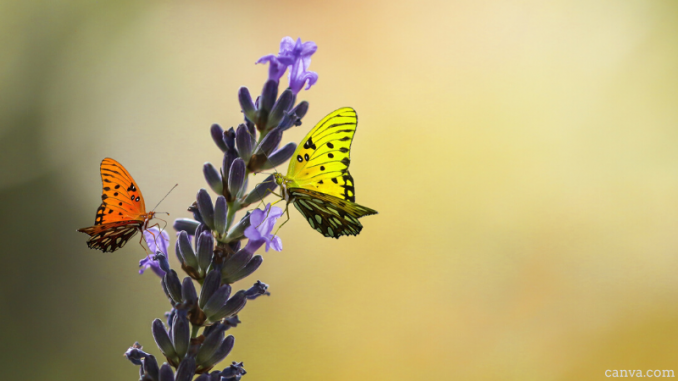 The EU has funnelled €66 billion into farmland biodiversity since 2014 – and has little to show for it. That’s the conclusion of a special report released on Friday by the European Court of Auditors. The auditors slammed the half-baked targets of the EU 2020 biodiversity strategy, its odd-couple relationship with CAP, lack of monitoring, and some very un-smart spending by the European Commission. A series of recommendations have been made. Louise Kelleher reports.

The EU 2020 biodiversity strategy has failed farmland wildlife miserably, says the European Court of Auditors (ECA). Intensive farming remains a main cause of biodiversity loss – despite EU efforts to spend its way out of the crisis.

“Biodiversity on farmland: CAP contribution has not halted the decline” is the straight-to-the-point title of the report released on World Environment Day. In it the auditors sound the alarm on EU agriculture’s continued assault on wildlife populations, implicating CAP funding in various shades of green.

“The CAP has so far been insufficient to counteract declining biodiversity on farmland, a major threat for both farming and the environment,” said Viorel Ștefan, the ECA Member responsible for the report.

Show me the Money

For the period 2014-2020, a total of €66 billion in CAP funding was ring-fenced to halt biodiversity decline on farms across Europe. In 2019 and 2020, as headlines screamed about plummeting wildlife populations, the EU pledged to spend some 8% of its total budget on biodiversity. Most of this spending was to take the form of CAP payments.

But the actual contribution of this spending has been overstated, say the auditors. Most CAP funding has little impact on biodiversity. And the impact of direct payments is tricky to assess.

“Where known, the effect of CAP direct payments – 70 % of EU agriculture spending – on farmland biodiversity is limited” – European Court of Auditors

What’s more, the supposed biodiversity benefits of direct payments are based on flawed accounting. The coefficients used by the Commission have been called out as inaccurate by the IEEP and others. For example, the contribution of cross-compliance may be overestimated due to the inappropriate coefficient applied to it.

Some direct payments may even have a negative impact on biodiversity, such as voluntary coupled support, which incentivises the production of specific crops or animals. The Commission does not track and offset expenditure from schemes that may reduce farmland biodiversity.

The Commission is a big spender on biodiversity, but it has little to show for it: there are no targets for this spending, and no reliable way to track the biodiversity benefits.

Not a SMART Target

Because of a lack of measurable targets, it’s hard to assess the performance of the EU 2020 biodiversity strategy. In fact the Commission set itself up for failure when it drew up the strategy back in 2011.

The EU 2020 biodiversity strategy committed to increasing the biodiversity benefits of agriculture and forestry, and delivering a “measurable improvement” in the conservation status of species and habitats affected by agriculture. But it failed to set a SMART target for agriculture: one that was specific, measurable, achievable, relevant and time-bound.

Due to this design flaw it’s difficult to gauge progress, chide the auditors. The Commission’s own report on the impact of the CAP on habitats, landscapes and biodiversity, which was published in March, failed to deliver an overall impact assessment due to the lack of monitoring data.

Within CAP, rural development programmes can unlock more biodiversity benefits than direct payments. But indicators are outdated and tend not to focus on results. Within the Common Monitoring and Evaluation Framework (CMEF), biodiversity is lumped into a single indicator relating to acreage. When it comes to assessing the actual effect of rural development policy on farmland biodiversity, there is no indicator for member states to use.

The auditors also found critical data gaps in the Streamlined European Biodiversity Indicators (SEBIs). Overall there are serious shortcomings in monitoring the implementation of the biodiversity strategy at member state level.

CAPable – of much more

Agri-Environment-Climate Measures (AECM) offer the greatest potential for biodiversity, followed by Natura 2000 and organic farming schemes, note the auditors. The Commission and member states tend to cherrypick “light green” measures that have a lower impact on biodiversity but require less effort for farmers. “Dark green” options such as results-based schemes can have a significant impact on biodiversity but are underused. The auditors found examples of both “light green” and “dark green” measures yielding biodiversity benefits in member states.

Righting the Wrongs in the New Biodiversity Strategy

Thanks to @EUauditors for this report – the European Commission has accepted all of its recommendations.
The EU needs to do even more for nature.

The auditors give the Commission until 2023 to revamp its new biodiversity strategy.

Recommendation 2: Enhance the contribution of direct payments to farmland biodiversity

Direct payment schemes eat up the lion’s share of the CAP budget (over 70% in 2019) so there’s no excuse for them not to contribute to biodiversity, say the auditors. In the post-2020 CAP the Commission should use all the tools in the CAP toolbox to “deliver more for biodiversity”. The auditors single out direct payments, “enhanced conditionality” and eco-schemes as lagging on biodiversity commitments.

The auditors want to see the full set of CAP instruments delivering on biodiversity by 2023.

Recommendation 3: Increase the contribution of rural development to farmland biodiversity

This is a two-part recommendation. First, the Commission should peg co-financing for various measures to their biodiversity impacts. Second, it should biodiversity-proof the CAP strategic plans from Member States to ensure no opportunities are missed. Rural development interventions and commitments must be “ambitious” and “relevant”, and Member States must make these schemes attractive for both arable and grassland farms.

The Commission should make these changes by 2023, say the auditors.

Recommendation 4: Show the impact of CAP measures on farmland biodiversity

Establish a better baseline for post-2020 CAP: first, develop reliable indicators for farmland biodiversity that can assess positive and negative impacts of CAP. These indicators can then be used to make the various instruments of CAP more effective. Auditors single out the potential benefits of CAP payment schemes and instruments, such as “enhanced conditionality”, eco-schemes and rural development measures.

The auditors give the Commission a tighter deadline for this final recommendation: they want to see CAP instruments working harder for biodiversity by 2022.

The release of the report has been timed to feed into preparations for the 2021-2027 CAP and the new EU biodiversity strategy, and discussions and decision-making at COP15. Meanwhile reactions to the report have been swift and polarised – stay tuned for more coverage this week.

More on CAP and Biodiversity

Catch crops (68%), fallow land (16.2%) and nitrogen fixing crops (11.8%) dominated ecological focus areas (EFAs) in Germany in 2015. Why is this? What influences farmers’ decisions on EFAs? One of the authors of a new peer reviewed publication on this topic, ARC2020 regular Sebastian Lackner, summarises the paper, in which he and colleagues interviewed a range of experts on the matter. […]