CAPSELLA  is both a useful and robust plant, and  the project Collective Awareness PlatformS for Environmentally-sound Land management based on data technoLogies and Agrobiodiversity. It is funded under Horizon2020. ARC2020 are supportive of this approach in general and this project in particular. At their opening event in Tuscany, Communications Manager Oliver Moore went to present on what ARC2020 is.

Collective Awareness PlatformS for Environmentally-sound Land management based on data technoLogies and Agrobiodiversity. That’s quite a mouthful! Fundamentally, this the CAPSELLA project is about communities of practice – that’s farmers, scientists, SMEs, chefs, distributors and others in the food system – working together as equal partners. And it builds networks upon networks.

CAPSELLA  is about “field, seed and food”. Like other new initiatives, it is about both a bottom up and top down approach. Cutting out the jargon, this means that producers in the field and researchers working with high powered data sets come together to make the whole food supply chain more efficient. 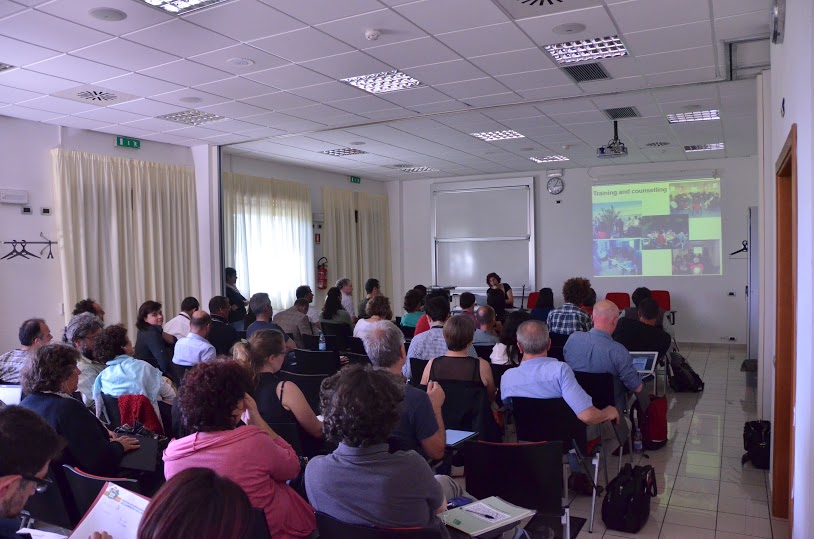 The project also brings together a number of other initiatives with similar aims: this includes Diversifood – which focuses on diverse, culturally important  agroecological systems and seeds, within networks of food culture, to help develop local food chains. 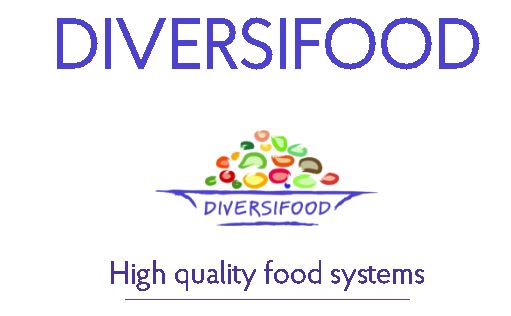 This and the other initiatives which make up the CAPSELLA partners and collaborators share this focus on agrobiodiversity, regional supply chains and making the best, most precise use of technology.

While some involved organisations veer more into the area of ‘precision’ farming, many – like ARC2020 –  specifically focus on agroecology. And this means participation and, often, citizen science.

Already, there have been “citizen science” projects enrolling tens of thousands of people to provide a data set traditional researchers could only ever dream of.

US Plant Scientist Dr. Lynn M. Sosnoskie defines citizen science as “scientific research conducted, in whole or in part, by volunteers in partnership with professional scientists. Citizen science allows researchers, and their network of collaborators, to achieve a research goal that might otherwise be too expensive or time consuming.”

She has used this approach to, as it were, weed out glyphosate resistant weeds in California. Her project involves mobilising a large number of people who happen to work in, or even just access frequently, farm fields. These people collecting seed from mature junglerice plants – the glyphosate resistant weed in question – and then send the seed to her team for evaluation. This helps with understanding distribution, resistance and control strategies for the weed.

CAPSELLA  focuses more on enrolling the farmer into making the food supply chain work more efficiently.  Open data – that’s freely available, accessible information – is developed from scratch and also built upon where it already exists. An exciting example is Agroknow – which Andrea Galante explained in his presentation. In the Stevia Hellas project, tech and co-ops work together in Greece via Agroknow. 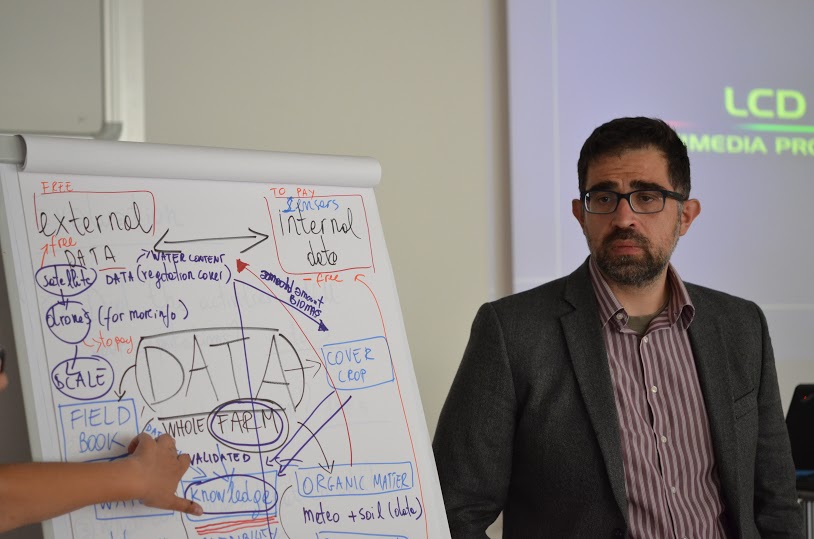 There are three scenarios in development in the overall CAPSELLA initiative:

“field scenario” addressing use of functional agro-biodiversity in cropping systems;

“food scenario” addressing the transparency of the food chain in the processes related to the production, distribution and consumption of food.

What this means is that everyone in the food supply system can use already existing data to work more efficiently. To take the latter food scenario example, this could mean food purchasing patterns, tourism numbers, restaurant visiting, or aggregated social media food preferences as expressed by relevant consumers, being available in easy to use formats by organic food producer’s co-ops.

Partner organisations within CAPSELLA  tend to have a specific focus – for e.g. promoting agri-food biodiversity to help strengthen regional foods in the case of the Diversifood project. 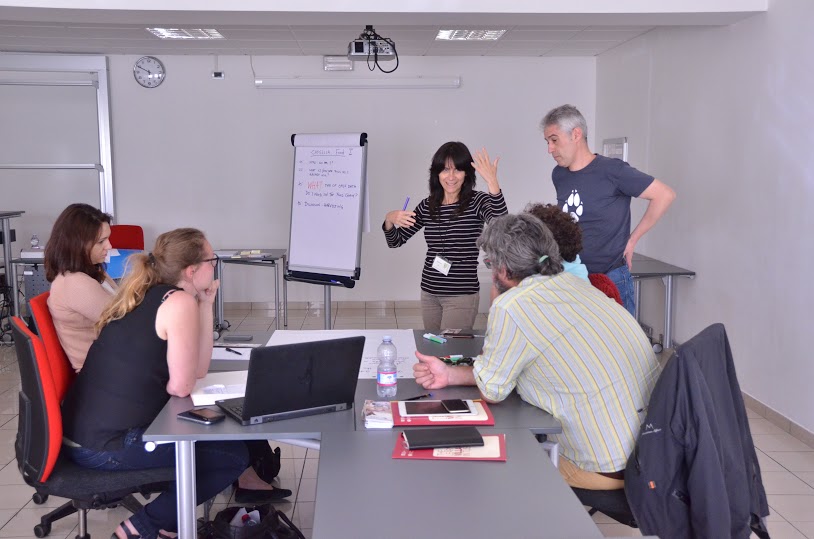 Diversifood works from field to fork – to “evaluate the genetic resources of a dozen underutilized and forgotten plant species for organic and low-input agriculture or marginal/specific conditions. Various combinations of underutilized legumes associated with several cereals” are tested.

ARC2020 communications manager Oliver Moore presented about the role of ARC2020 at the opening project event (pictured in this article) in Volterra at the SIAF premises in Tuscany, Italy at the end of May. 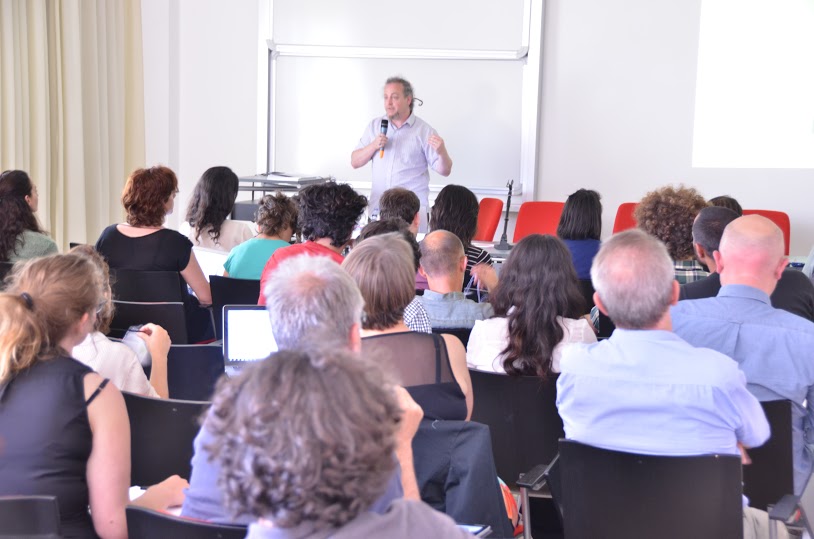 There “farmers, both from the organic and conventional world, networks, clusters, stakeholders and ICT and data experts were given the opportunity to exchange ideas and share thoughts about how to better address challenges and needs that still lie ahead, primarily focusing on the domains of both organic and conventional agriculture across Europe” the CAPSELLA website said.

CAPSELLA partners presented the project activities and expected outcomes and work, including the three pilots on field, seed and food,  which will be carried out during the project’s lifespan.

The workshop “raised awareness on the benefits of using ICTs in agriculture and paved the way to develop novel information and communication technologies (ICT) for biodiversity based agriculture. To do so, farmers and agricultural  stakeholders, for whom these technologies are relevant, were encouraged to voice their requirements and needs on which  CAPSELLA  will focus its activities in the next two years.”

The event began on the Floriddia organic farm,  where 48 cereal test plots grow, partnered with test plots in different parts of Italy for comparison.

Not only are cereal crop trials growing at Floriddia, there is a mill, a bakery and a shop full of produce from the fields – their own brand pastas, oils, and legumes.

Floriddia is a model of participatory research engaging practitioners and science, as well as real certified organic food products for people in the region.

A fitting place to start the meeting, and to end this article.

This article is developed upon a similar article also written by Oliver Moore for the Irish Examiner newspaper.

A group of EIPs – European Innovation Partnerships – has come together in Ireland to argue the case for this environmentally engaged form of farming. So what’s next – will some of the methods and approaches used in these EIPs become templates for other farming regions in Ireland, or for the design of CAP schemes, or for more market-orientated approaches such as PDO and PGI? Here we publish a joint letter by a number of EIPs from Ireland to help stimulate this debate.  […]