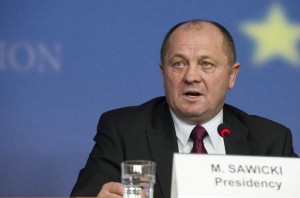 In politics closed shops often disclose quickly what was not supposed to be public.

The recent public debate in the European Parliament on 23rd November was such a revelation. The hearing, organised by the Polish presidency of the European Agriculture Council and the Chair of the Committee on Agriculture of the Parliament, turned out to be a kind of general assembly of COPA/COGECA – the umbrella representation of the European farm industry lobby in Brussels.

32 out of 35 speakers at this hearing were affiliated or attached to this powerful opponent to a new and more sustainable Common Agriculture and Rural Policy of the EU. Although announced in the programme , there was no debate or question and answer time with Members of Parliament, just a long list of set speakers who mainly attacked the legislative Commission proposals as increasing the bureaucratic burden on farmers and making their lives more difficult.

Proposals for “Greening” of direct payments were rejected as “green tape, –  the new battle term against any ecological conditioning of farm subsidies. Ecological infrastructure, including agro-forestry and biodiversity conservation within farming systems was dismissed as “irresponsible set aside of land in times of global food insecurity.”

Even in terms of transparency on the programme, the organisers had orchestrated this “hearing” in a rather clandestine way. The list of speakers was not available before or during the hearing- even for the speakers, members of Parliament, or staff. Only three members of Parliament and three NGOs were allowed to address the assembly. When NGOs protested against this exclusive setting, the Polish minister Sawicki replied in the most arrogant way:

“I promise that you will be able to speak and tell us your opinions in 20 years time, when Poland will take the next presidency”.

Consultation of stakeholders can be done more seriously. Last year, before drafting the first outline of CAP reform, Commissioner Ciolos consulted a broad range of NGO from across Europe before his services wrote the proposals.

What is most worrying is that the two legislative institutions, the Council of Ministers and the European Parliament are now taking responsibilities to negotiate on behalf of their governments and constituencies. If this is the spirit of their cooperation with the wider society, the farming community will not succeed in defending the agricultural spending.

On 19th December, again in the context of a Committee meeting of the Parliament, the Commission will carry out a hearing with “scientific experts”. There is reason for ARC members to be present.

Some things move fast while others can seemingly be delayed indefinitely. And sometimes, as if by magic, both can happen at one and the same time. So it is with the CAP transitional regulation, where real transformation in agri-food is delayed by a further two years – but the process to do this is itself being fastracked at breakneck speed. The CAP process it seems, is running to stand still. […]