A key talking point of the CAP reform proposals issued by the EU Commission in October 2011 was the strong focus on environmental concerns, in particular the so-called ‘greening’ measures. Throughout the reform discussions, greening has remained a sticking point and, following the recent announcement from the Commission that the new direct payment regime will not come in until 2015, it looks like the green talk is set to continue.

The measures put forward by the Commission would mean that in addition to basic payments under Pillar I, farmers could also receive money if they respected the following three measures (in the proposal, they are compulsory measures): 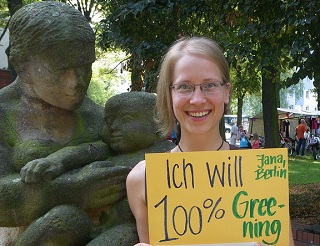 Following the release of the proposals, many Member States were quick to criticise the greening elements, with claims they were too rigid. After extensive calls for greater flexibility, particularly regarding existing environmentally-friendly farming schemes, and the need to acknowledge regional-specific considerations, in May 2012 the European Commission proposed to recognise certain additional farming practices as ‘equivalent’ to the three greening measures. At present there are two schemes that would be seen in this way: national certification schemes and agri-environment-climate measures (which currently fall within Pillar II).

This issue of equivalence was on the agenda at the most recent Agriculture and Fisheries Council meeting, which took place in Brussels on the 28 – 29 November. Overall those in favour of equivalence were: Denmark, Hungary, Belgium, Spain, Sweden, the Czech Republic, France, Slovenia, Portugal, Germany, Austria, the UK, Malta, Slovakia, the Netherlands, Luxembourg, Italy, Lithuania and Cyprus. It was only Romania who rejected the whole concept. UK Farm Minister Owen Paterson has urged the Commission to give a clear signal to farmers already signed up to agri-environmental schemes, saying that rural development “is the only sustainable way of achieving the CAP objectives”. Current schemes are set to expire in December 2013.

There were also a number of concerns raised, such as the risk of possible double funding resulting from the overlap between pillars: essentially farmers could be paid twice for the same thing. Those concerned were Denmark, Bulgaria, the UK, Malta, the Netherlands, Greece, Lithuania, Ireland and Cyprus. Those who felt there wasn’t a risk were Poland, Hungary and Spain.

In order to manage concerns and avoid the misuse of EU funds, Commissioner Ciolos has underlined that any alternative for green payments must be implemented in a transparent manner. Member States also recognised that equivalence measures need to be simple, straightforward and efficient.

Meanwhile, the EU Parliament has now finalised the compromise texts on the over 7,000 amendments made to the Commission’s initial proposals; greening measures included. The texts are essential for the final vote on the CAP reform. Agreement was needed for example on the final % for EFAs with the current compromise looking like a steady increase year by year, with a scheduled evaluation by the Commission in 2016. Elsewhere, the compulsory measures on crop diversification will depend on total number of hectares.

As the debate on specifics continues, it seems that greening could be one of the biggest victims of the reform process. Indeed, at the press conference after the Council meeting, Council president and Cypriot Agricultural Minister, Sofoclis Aletraris suggested that plans to ‘green’ the CAP could be scaled back if EU leaders agree on major cuts to the 2014-2020 budget. See a recent video from viEUws, the EU policy broadcaster, for more information on long-term budget cuts’ effect on the CAP, as well as an additional information on the Council meeting and the schedule for reform:

Is the CAP debate heating up in Spain?

MEPs on the Agriculture Committee (COMAGRI) have rejected a proposal by the EU Commission to ban pesticides from Ecological Focus Areas. The proposal was part of a simplification initiative by the EU Commission, whereby a bundle of 14 changes in CAP greening rules were put forward. […]

The EU has funnelled €66 billion into farmland biodiversity since 2014 – and has little to show for it. That’s the conclusion of a special report released on Friday by the European Court of Auditors. The auditors slammed the half-baked targets of the EU 2020 biodiversity strategy, its odd-couple relationship with CAP, lack of monitoring, and some very un-smart spending by the European Commission. A series of recommendations have been made. Louise Kelleher reports. […]